This is cross-posted from my blog. 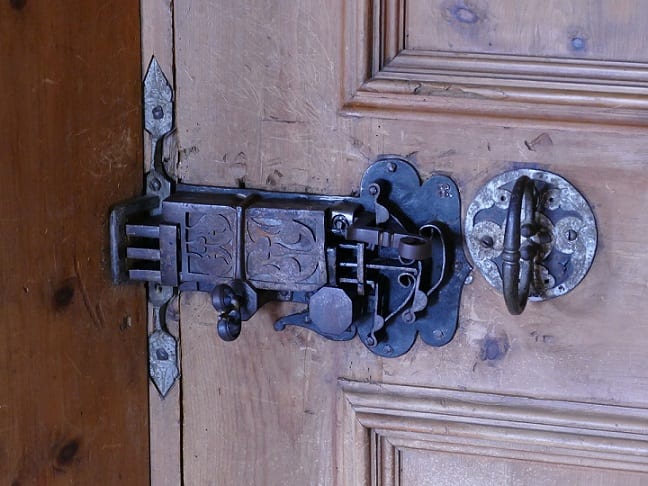 A room protected by a keypad and ID card reader is a great example of 2FA. You might be able to guess the code, but you’d also need a valid ID card to get access to the locked room.

What about biometrics? Good question. Technically, still something you know (the password) and something you have (a retina/fingerprint/etc…), but stored biometrics make me nervous. I steer clear.

At a high level, here's how each works:

TOTP works via app, on your phone, browser extension, or command line, and generates you with a time-limited code to provide when logging into an account.

U2F works by configuring a device (you may have heard of Yubikey), and supplying that device every time you log into an account.

SMS works by getting a text with a code that you enter every time you log into your account.

2FA isn’t all that complicated in practice. It’s an extra step, yes, but worth configuring to protect your account(s).

However, not all 2FA is created equal. I have had to help more than one person recover accounts protected by SMS-based 2FA. SIM hijacking is when someone takes over your phone number and can therefore intercept your calls and texts. Some sites / apps who use SMS-based 2FA will allow password-resetting via SMS or voice alone. If someone hijacks your SIM, they can get access to those accounts without needing to know (or guess!) your password.

That’s why I recommend not using SMS-based 2FA. If you’re against carrying around an additional device, set up a TOTP app (like Google Authenticator) on your phone. Let’s face it, you probably carry it around anyway. U2F is my preference, but that can be a bigger hurdle if you’re just starting with 2FA.

Here’s a good general guide on how to set up 2FA. If you want to go the U2F route, you'll probably want to get a YubiKey.

Question: What if a provider only allows SMS-based 2FA?

Evaluate your risk profile. If this account is compromised, how much damage is it going to do? If it’s not going to do any, I might not recommend securing it with SMS in the first place. If it has the chance to do damage, then I’d investigate the policies of how the provider allows account recovery and make a call based on that. Definitely still use a unique password, and definitely make the request for other 2FA options!

Need provider-specific advice for securing your accounts? twofactorauth.org is a great way to figure out what they support and how to go about enabling it.

Have other questions? Let me know and I'll try to answer them.

Once suspended, juliaferraioli will not be able to comment or publish posts until their suspension is removed.

Once unsuspended, juliaferraioli will be able to comment and publish posts again.

Once unpublished, all posts by juliaferraioli will become hidden and only accessible to themselves.

If juliaferraioli is not suspended, they can still re-publish their posts from their dashboard.