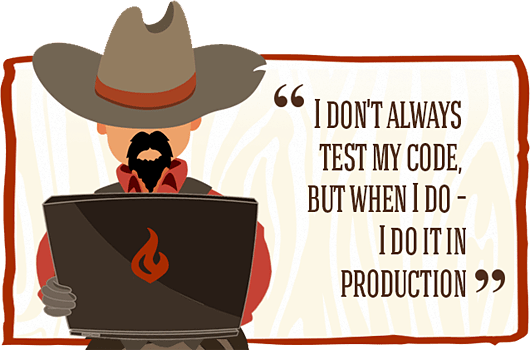 A lot a coders don't write any unit tests. The main reason if that they don't understand why the should spend time on this. It's just a waste of time, right ?

I was exactly like that, then my code start crashing in production. On big and visible projects. So, I looked for a way to be more confident about my code, about my commits.

Unit test was the first answer, but it took me time before writing them correctly.

What is a good unit test ?

To write a good, rock solid and trusty unit test, you need to:

I've heard a LOT of people saying that you should aim for 100% code coverage. But that's a bad idea.
Don't get me wrong, the higher code coverage you have, the better. But it should not be your main concern, neither your objective.

I ask myself a few questions before writting a test for a method:

If any of this questions is anwsered by a no, it is likely I'll not write any test.

It's not because you have 100% code coverage that your code is tested properly.

You shall not pass !

Code is composed by public methods, yes, but also by private and protected ones.
Should we test them ?

Of course not. But also yes !

They usually contains the business logic, so, yeah, test them. But, unlike public methods, the are not worth a specific test.
The purpose of a private method it's to be called by a public method of the same class. Let's apply the same logic inside our tests. Private and protected methods should be test through public method's tests.

I am used to write tests following the FIRST principles, but other methods exists, like AAC for example.
I assume that, as a developper, you know how to use Google to find them if FIRST is not a good fit for you !

Keep your tests simple, limit them to a specific scope and focus on the output of the method.

Unit test is just the first step for a complete test cycle. Take a look on the pyramid bellow. 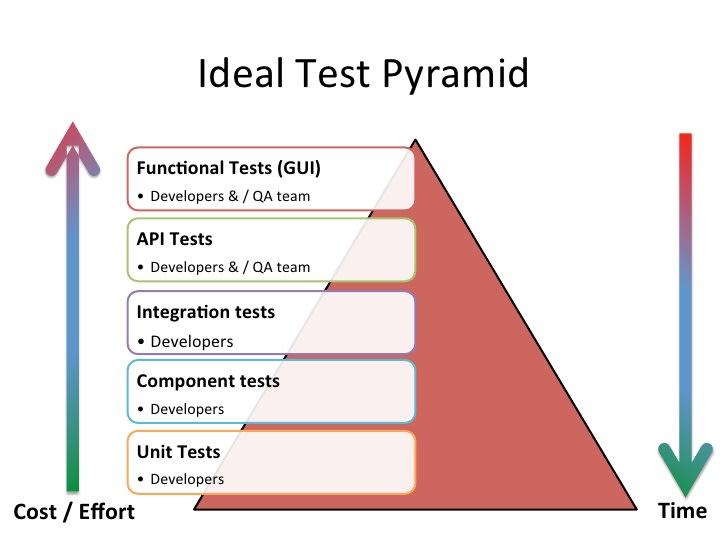 Once suspended, juyn will not be able to comment or publish posts until their suspension is removed.

Once unsuspended, juyn will be able to comment and publish posts again.

Once unpublished, all posts by juyn will become hidden and only accessible to themselves.

If juyn is not suspended, they can still re-publish their posts from their dashboard.

Once unpublished, this post will become invisible to the public and only accessible to Xavier Dubois 🇫🇷.

Thanks for keeping DEV Community 👩‍💻👨‍💻 safe. Here is what you can do to flag juyn:

Unflagging juyn will restore default visibility to their posts.