Do you use Storybook? Do you use it to test game engines? Didn't think so! But we do for Excalibur.js and I presented how and why we did it. The genesis for the talk came from a workflow I've been using recently that you can implement in your own projects which I call "Storyflow."

I gave this talk at MN Dev Con on May 4 and again at React Minneapolis on May 21:

The Storybook workflow (ahem, Storyflow) we follow puts Storybook stories at the center of our workflow. The concept is simple in practice: write your unit and functional tests against Storybook instead of importing directly from component files like other workflows. 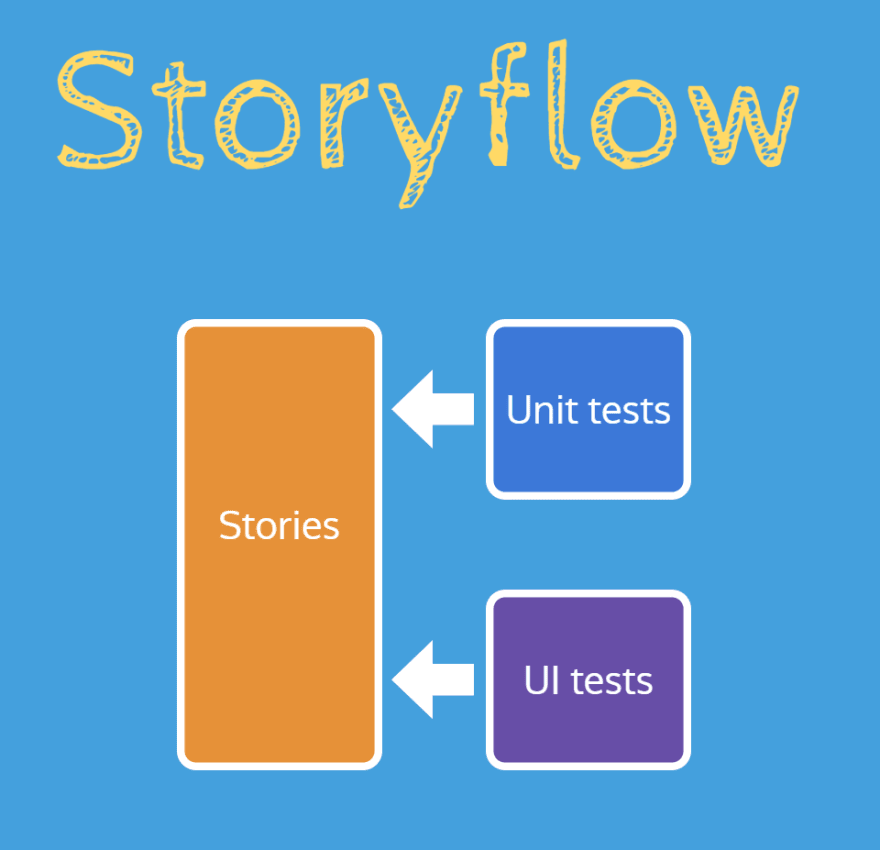 But with Storybook the workflow instead flips the script and centers your testing on isolated components through stories:

There are 3 major benefits we've seen from this:

One source of truth

Since your unit and functional tests are run against stories, Storybook becomes the source of truth for any tests. Contrast that to developing without stories, where each test could render components in different states and the only way to know would be to examine each test. Having a published Storybook as a static site makes things a lot more discoverable.

In order to write a solid Storybook story, it has to run in isolation. That means that you will likely lift up more heavy concerns like data fetching, state management, and other stuff higher and have more atomic reusable components. We actually still write stories against our "container" components but it requires a lot more mocking using Storybook decorators.

If you're curious to see this in action, I have a GitHub Repository set up you can clone and run and I showcase this workflow within the video above.

Companion demo to my talk, Using Storybook to Build a Better... Game Engine?

Showcases using Storybook as the basis for unit and functional tests aka "Storyflow" workflow. Uses Storybook, Jest, and Cypress.

You can view a working demo on CodeSandbox using the repository!

Does this sound interesting to you? If you're using Storybook, are you writing tests against it or not right now?

Originally posted on my blog, Kamranicus.com

How to setup react shared components in monorepo with tailwind, webpack and npm workspace

If I were to restart JavaScript again from scratch then I will follow this roadmap.