Tomorrow I'll be off to a festival, so I tried to get a first playable version ready today. If I don't die of intoxication over the weekend I'd polish it a little bit more and fix bugs before final submission.

Trying to test games isn't easy if you are joining random games all the time. So I added a private mode.

You enter your name and a maximum player amount and start a private game, then you can share a link with your friends.

If your maximum player amount is reached the game starts.

You wait for the first round, click as fast as you can and ship your product.

The value of your product is something like clicks/time until submission, so more clicks per second yield better results, but shipping too early could result in not enough clicks etc.

End of the round everyone loses $5000 because of the burn rate.

If someone loses all their capital, they're removed from the game.

If only one player is left, they win the game.

Changed some widths and changed the display of the player-list, now it should work on mobile too.

I made a graphic of the architecture. It's missing a new function I recently added, but overall I think it's correct. 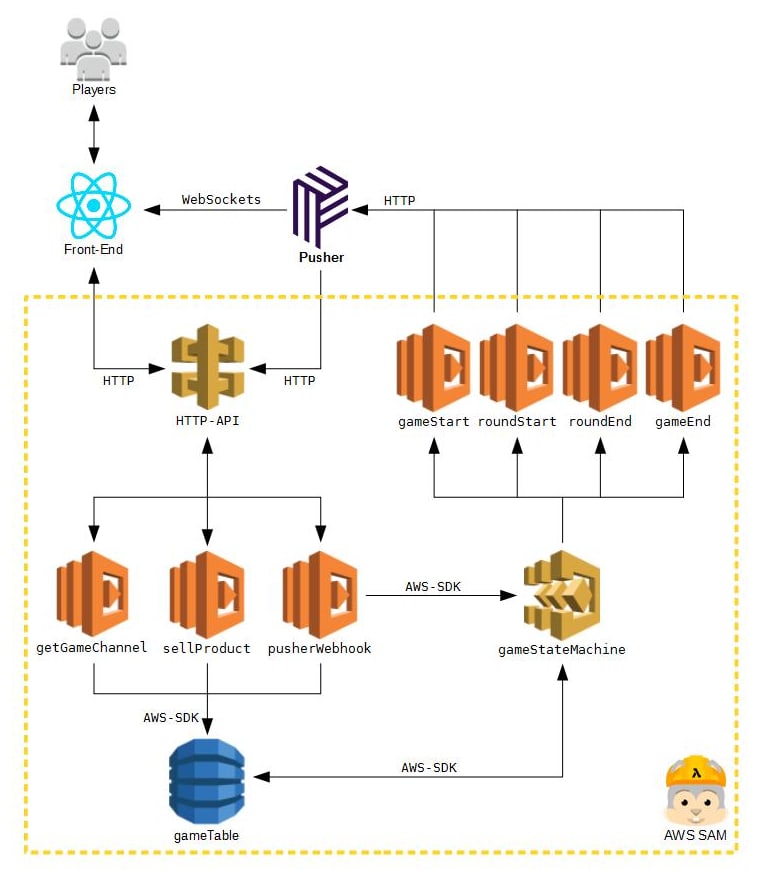 When I find the time next week, I'd like to replace the buttons with a Tinder-like swipe-card. So you can tap for the clicks and swipe up to sell.

Also, some UI changes could be communicated much better, you see when a round ends or starts, but the capital change isn't very prominent.

Also the end of the game is currently rather ... anticlimactic :/

Waiting for you're reports, hurr~ XD

Thanks for keeping DEV Community safe. Here is what you can do to flag kayis: