After arriving in Canada (as a permanent resident, woot!) in 2018, the relevancy of many of the Twitter accounts I followed for current events in my old neighborhood kinda diminished. So I decided to set out and make a new list of influential users in my new neighborhood.

I bet there are easier ways to do this, but assuming I'd be biased and crazily start following all the local techorati and anyone mentioning Formula 1, I really needed a neutral tech solution. So a combo of Python and the Tweepy API would be a great impartial arbiter to nominate some influential local users by:

First I needed to look at tools available to locate tweeters by geographic location. Twitter has an amazing method to add latitude and longitude to a post. It would be super easy then to just make a geobounded box and grab all the tweets that came from within a box/city that I was interested in. BUT the specific geotagging thing got creepy and trackable and Twitter ultimately disabled it by default in 2014.

The feature is still there but now users need to opt-in and enable location. Only a few do. 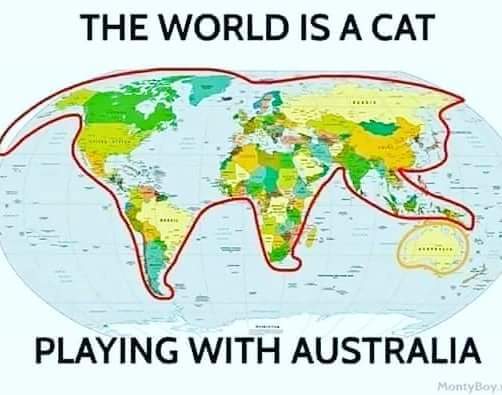 Finding users via hashtag (such as a nickname like #RoseCity or aiport code #YQG) is effective, but not very inclusive. So, that leaves the Twitter API place object and the ID field as a decent method to narrow down a users location. And please note that Twitter docs refer to place_id as "a place associated with the user account." Close enough.

I've been getting the place_id using Twitter advanced search and finding someone who has geocoding enabled, and then clicking on their City/Province to get this style of string: https://twitter.com/places/15b0a643e7bd22c7.

There's a better way to do this, if you know of it please share in the comments! (or if you know an alternative to Yahoo!'s now defunct Where On Earth ID (WOEID) API.)

Ok. I've got the place_id alphanumeric string that I want to search with, so now it's time for the Python.

But first! Just in case you are reading this from the far distant future or using an virtual environment with who-knows-what-versions of installed Python libraries, I'll share what I am using right now in the year 2020 when this all worked.

First, you'll need Twitter developer keys if you don't already have them. This can take a couple of days.

Next, let's load the two simple libraries we'll need, tweepy for the API and pandas for the dataframes and exporting.

Next, authenticate with Oath using your new keys.

Now we'll let Tweepy pass the variables above into the statements below, and then form the string for the search API.

The free standard search API can go back 7 days, so obviously the 2019-06-01 date I requested didn't mean anything in the end. I don't really know cursor methods so I just ran this script at 7 days intervals as a workaround. But the important part is inserting the place_id you found for the target location, the language, and how many items to return.

This next loop will go through the tweets that meet the place_id criteria, create a list of a list, and include the specified fields such as user id, date tweet was sent, if the user was verified or not, etc, and store all that info in variable tweet_data.

We loaded Pandas for a reason earlier, and now I'm going to set up a dataframe into columns and give them nicer names.

And lastly, use Pandas to export the tweet_text variable straight to Excel. Here you can name the Excel file AND the worksheet. Note, if you run this several times to get around the 7 day limit, be sure to change the name so you don't overwrite the historical data (learn from my mistakes!).

This first column in the dataframe, Place, returns this geographic info:

And that's it. The complete code is on GitHub.
In the second part of this series I'll go through what I found in my Excel file and how it was cleaned up with Alteryx.

A beginners guide to building a Flask API with Prisma

Once suspended, kenhudak519 will not be able to comment or publish posts until their suspension is removed.

Once unsuspended, kenhudak519 will be able to comment and publish posts again.

Once unpublished, all posts by kenhudak519 will become hidden and only accessible to themselves.

If kenhudak519 is not suspended, they can still re-publish their posts from their dashboard.

Once unpublished, this post will become invisible to the public and only accessible to Ken Hudak.

Thanks for keeping DEV Community safe. Here is what you can do to flag kenhudak519:

Unflagging kenhudak519 will restore default visibility to their posts.