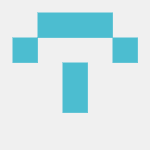 I'd like to introduce what is RSpec Request spec, how to use it and why to use it. I will also share my experience with actually doing it in real projects.

What is Request specs and why I recommend to use it?

A web application, in some perspectives, is focused on the interactions of requests and responses.
Although we normally have pretty good model tests coverage in Rails (Am I right?), which only promises us there is no wrong data written into database. The most important part, what will happen when requests delivered to the Rails server?, is not tested.

It's pretty common to see that developer teams do manually tests by themselves or ask QA team to make sure the features function as expected.
For a small or short-term projects, to be honest, it's not really an issue.
But for a long-term project, if we still deliver our code in that way, I'm afraid there will be many errors very often after a new version deployed.

Even we have the model tests coverage is 100%, it doesn't mean those methods can cooperate wonderfully when we combine them to do a complex business logic.

Above is an example of wrong input parameters. The machine and the garbage bin worked fine but the input was unexpected. They just didn't handle that exception.

And I think to write request specs can help developers being more confident when deploying their code.

RSpec does have a kind of test, Controller Spec, which is used for testing the controller actions.
So why we don't just use that?
The first reason is request tests does not test only the controllers code, but also the full stack of a HTTP request, including, routing, views even the rack.

Another reason is simple, RSpec Core team recommends developers to use Request test:

For new Rails apps: we don't recommend adding the rails-controller-testing gem to your application. The official recommendation of the Rails team and the RSpec core team is to write request specs instead. Request specs allow you to focus on a single controller action, but unlike controller tests involve the router, the middleware stack, and both rack requests and responses. This adds realism to the test that you are writing, and helps avoid many of the issues that are common in controller specs. In Rails 5, request specs are significantly faster than either request or controller specs were in rails 4, thanks to the work by Eileen Uchitelle of the Rails Committer Team.

When NOT to use request test

On the both cases above, you should use Capybara to do End-to-end test.
However, for a regular application, I think it can cover fairly enough cases.

I don't cover how to setup RSpec environment to a Ruby OR Rails application since it's another topic.

How to make requests in the request spec

There are helper methods for http verbs:

The syntax is like: post(url, options = {})
You can put params and headers inside the options hash, for example,

How to pass file as parameters

We can use Rack::Test::UploadedFile, for example

How to do the assertions

The most important things in the auto test is the assertion or the expectation.
And for the request spec, we can do the "expect" both for the response and the things being done during the controller action.
Compare to the unit test, I think request test is more like a black box test: we only need to test the input and the output of the programs. All the business logic-related codes should already have their unit tests, including the service objects if your project uses them.
The response object can be accessed directly by @response or response

How the do more detailed DOM assertions

More examples can be found on assert_select (ActionController::Assertions::SelectorAssertions) - APIdock

Variables accessible during the spec example

Except for the @response we just see, there are some more variables we can access:

How to Integrate with Devise

We can use Devise helper if we use Devise to do the authentication.
First, we need to include the Devise::Test::IntegrationHelpers, so that we can use sign_in to sign in the user

It's normal that a lot of actions are only allowed the signed-in users, I like to make these steps into shared context

To be honest, I rarely added the request tests before.
One reason is that I think the model methods is the place where true logic lives in. The controller just brings the results of the model methods into views.
Why do I need to test that? That should be the responsibility of the framework, Rails, itself.
But what I thought is a very ideal situation, the real situation is often mixed with complex views and interactions of model methods.
Besides, Ruby is not a strong typed language, so even the code has some problems due to the wrongly commands you wrote in the controller's actions or ERB, it doesn't raise errors until it really executes.

Whenever the red "sorry" page show up, even the developers can argue that: "ok it crashes but it does not allow corrupted data written into database", I don't think other stakeholders, like your boss, will be happy to hear that.

Anyway, we can prevent this kind of things happen that often by writing the request test.
Request tests chain all the parts of your system and test them all at once: routes, controller actions, rendered views and http status.
So if the request test pass, the corresponding request should also succeed when it happens in a real browser.

You can found it's not so hard to write. It can be shorter if we integrate tools like FactoryBot.

Moreover, in the creating or updating spec, I'll further assert the attributes assigned to the record. For example, assuming that the Article has title and content attributes:

Currently the test pyramid in my head is like below: 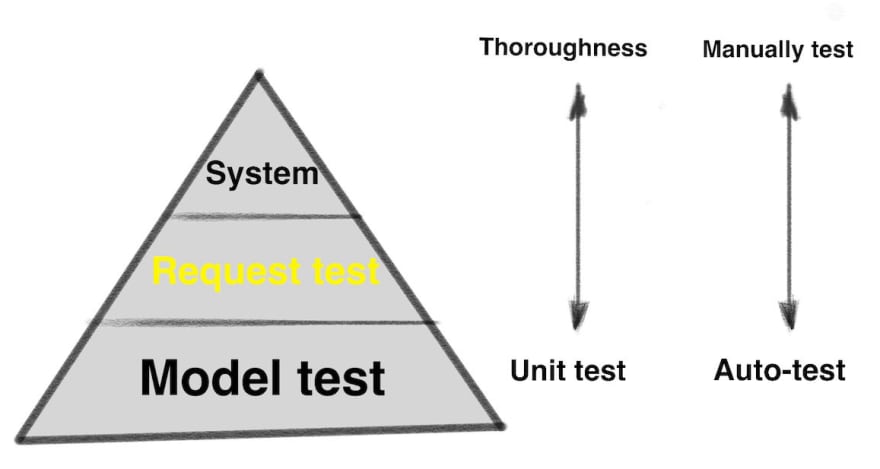 (The system tests means end-to-end test or the integration test, it's named like that in Rails...)
The width of each level mean the number of the tests should exist in the system.

The number of the Model tests often is the largest one, but they are more like unit tests and only in charge of a very small portion of the system.

Many teams only write the model tests and then skip the request tests part, then do the integration tests manually. If the team is "lucky", there will be a QA team to do that job.

However, as the number of features grow by time, QA will have enormous number of test suites to complete every time. QA team will burn out and there will be a lot of bugs.

By adding more request tests, we can effectively reduce the number of manual tests, it's not only for system stability but also do not let the QA team burned out... they can have more time to do more thorough test suites for the system rather than focusing on each unit feature.

A Brief Introduction to Hotwire

Once suspended, kevinluo201 will not be able to comment or publish posts until their suspension is removed.

Once unsuspended, kevinluo201 will be able to comment and publish posts again.

Once unpublished, all posts by kevinluo201 will become hidden and only accessible to themselves.

If kevinluo201 is not suspended, they can still re-publish their posts from their dashboard.

Once unpublished, this post will become invisible to the public and only accessible to LuoKevin.

Thanks for keeping DEV Community safe. Here is what you can do to flag kevinluo201:

Unflagging kevinluo201 will restore default visibility to their posts.