There are a myriad of deep-breathing applications and websites out there that aim to alleviate stress, anxiety and improve overall well-being. Deep breathing can be a complex topic and most solutions out there provide a large number of options, settings and instructions depending on what the users want to achieve (for example calming anger, qualming an addictive urge, getting to sleep). Even worse, some apps have ads, videos and pop-ups.
As someone who has witnessed panic attacks, I wanted to create a deep-breathing app that removed the jargon and complication and would help a user in the midst of a panic attack to breathe calmy, slowly and deeply. Hence, JustBreathe.xyz was born. 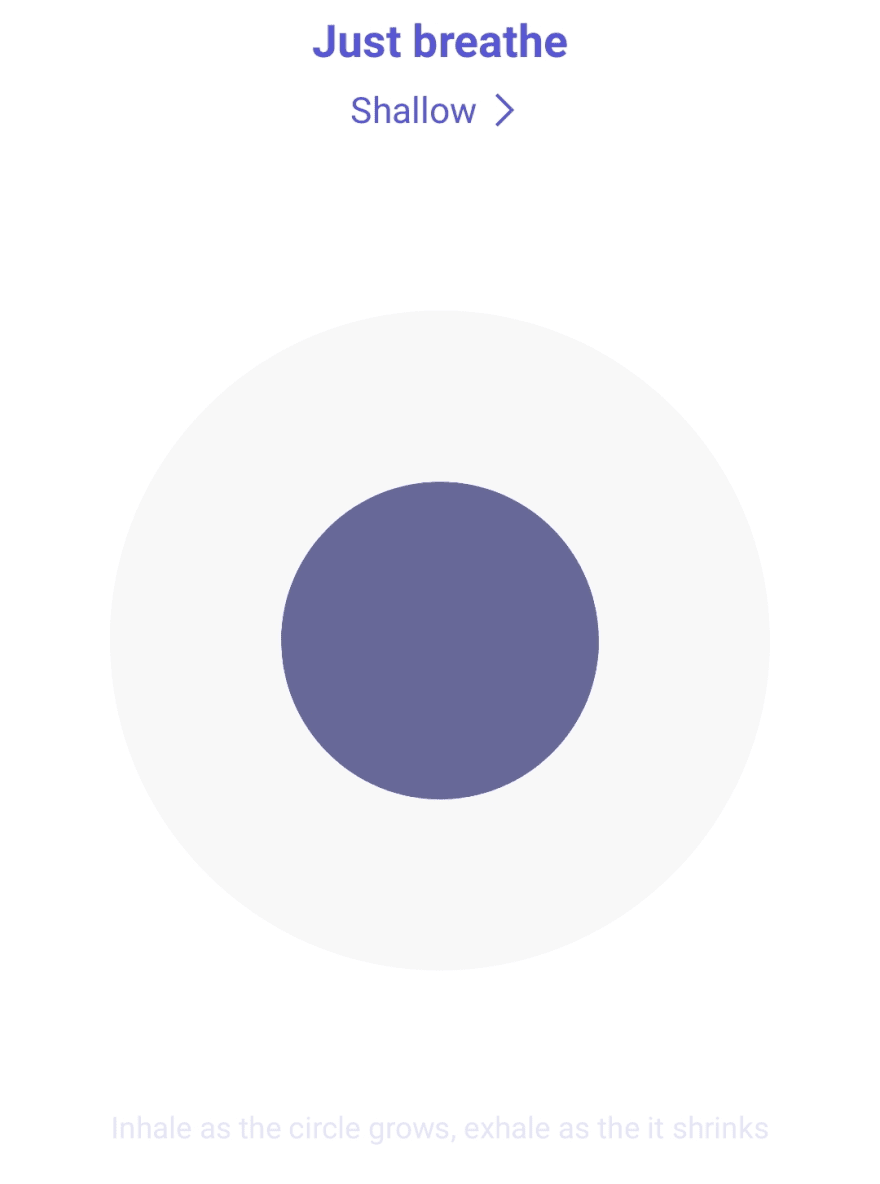 JustBreathe is an ultra-minimalist web-app that works on desktop and mobile browsers. On the technical side it's made in basic HTML, CSS (including transitions) and a little JS. The code is as simple as the app itself. I chose a gentle, neutral colour-scheme and an expanding-circle visual cue. The app has three settings- shallow, medium and deep (all of which follow researched deep-breathing timing) which are activated with a simple button press. Outside of this, there are no sounds, no complicated settings and nothing to distract the user from just breathing.

By saving the JustBreathe web-app to their homescreen, a panicking user can simply hit the icon and start controlling their breath immediately. No noise, no jargon, no guided tour, just simple deep breathing. The absence of clutter is incredibly important and I hope that JustBreathe.xyz solves the problem of complicated apps being too much for a panicking individual in the midst of an attack.

Write Git Commit Messages That Your Colleagues Will Love

Once suspended, koabrook will not be able to comment or publish posts until their suspension is removed.

Once unsuspended, koabrook will be able to comment and publish posts again.

Once unpublished, all posts by koabrook will become hidden and only accessible to themselves.

If koabrook is not suspended, they can still re-publish their posts from their dashboard.