When you start looking into a career in cybersecurity, one of the biggest things you will quickly learn is how important Kali Linux is to cybersecurity professionals and especially professional penetration testers. In case you’re not familiar with this very interesting version of Linux, in this article, we’ll dive into what exactly Kali Linux is and discuss the best way to learn this penetration testing swiss army knife operating system.

What is Kali Linux?

Kali Linux was released on the 13th March 2013 as a complete, top-to-bottom rebuild of BackTrack Linux, adhering completely to Debian development standards.

A brief history of Kali Linux

Kali Linux was released in 2013 by the organization Offensive Security, which also offers cybersecurity training and certifications. Offensive Security took the pre-existing security-focused Backtrack Linux and redeveloped it into Kali based on the Debian variant of Linux. Kali Linux is free and it is made very clear that it will always be free.

Kali Linux is not illegal by itself. After all, it is just an OS. It is however a tool for hacking too and when someone uses it especially for hacking, it is illegal. It is legal If you install it for useful purposes like learning, or teaching, or using it in the way to fortify your software or your network as It is not illegal to install any Operating System which is licensed and available for download.

How to install Kali Linux?

Kali Linux installation is a fairly simple process and you have multiple installation options. Most preferred ones include:

System Requirements for Kali Linux- (How much RAM does Kali Linux need?)

All you have to make sure is that you have compatible hardware. Kali is supported on i386, amd64, and ARM (both ARMEL and ARMHF) platforms. The hardware requirements are minimal as listed below, although better hardware will naturally provide better performance.

Why do hackers use Kali Linux? 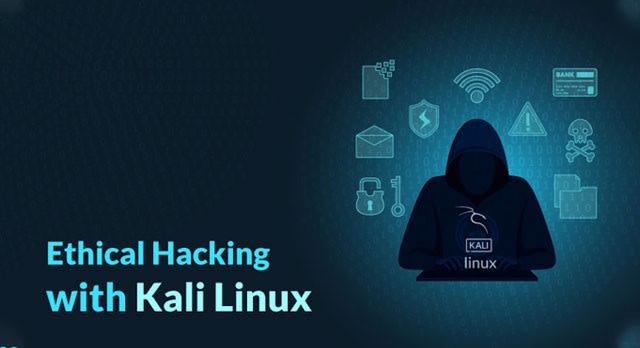 Previously known as Backtrack, Kali Linux advertises itself as a more polished successor with more testing-centric tools, unlike Backtrack which had multiple tools that would serve the same purpose, in turn, making it jampacked with unnecessary utilities. This makes ethical hacking using Kali Linux a simplified task.

One of the biggest reasons cyber professionals use and often prefer Kali Linux is the fact that all of the source code is open-source, meaning that the system can be tweaked to the liking of the cybersecurity professional that is using it. This is not necessarily done often, it does provide the option to personalize Kali for specific cybersecurity tasks. Kali Linux also comes with multi-language support.

Interestingly, up until 2019 Kali Linux had been designed to be used for single root user access, meaning that the user is given full rights and access to everything. This was recently changed to accommodate users that were using Kali Linux more often than just for cybersecurity purposes.

Once suspended, koulurunandakishorereddy will not be able to comment or publish posts until their suspension is removed.

Once unsuspended, koulurunandakishorereddy will be able to comment and publish posts again.

Once unpublished, all posts by koulurunandakishorereddy will become hidden and only accessible to themselves.

If koulurunandakishorereddy is not suspended, they can still re-publish their posts from their dashboard.

Once unpublished, this post will become invisible to the public and only accessible to Kouluru Nanda Kishore Reddy.

Thanks for keeping DEV Community 👩‍💻👨‍💻 safe. Here is what you can do to flag koulurunandakishorereddy:

Unflagging koulurunandakishorereddy will restore default visibility to their posts.