About 3 years ago, our startup pivoted from a Q&A app for doctors to an education platform (which we named SchoolHouse.io). It was a big product shift, and we knew many technical changes would follow.

At the time, we had a 1-year-old Python+Django codebase that was already getting rusty and hard to maintain. How did we cross the legacy line so fast?

We were clearly doing something wrong, and we wanted to understand what, so we made a list of our main pain points:

We ditched MVC frameworks and did it our way

Those issues made us unproductive and made our codebase messy over time.

On top of that, we suspected we wouldn't be able to solve our pain points if we kept using an MVC framework by the book, so we set out to design our own architecture1, optimized for long-term productivity and maintainability.

3 years later, we've seen our product change A LOT, fell in love with functional languages like Elm and Haskell, and went beyond full-stack, taking care of graphic design, frontend engineering, system administration, and data science. And despite all these changes, we believe something extraordinary has happened: We are as comfortable with our backend as the first day (no large refactors!).

Our architectural choices have consistently made our lives easier, and now we'd like to share what we've learned with the community. We've also published an implementation of the RealWorld spec to provide realistic code examples2.

OK. I'm listening. What is it about?

A Colmena app is composed of multiple cells.

Cells are self-contained services that follow the hexagonal architecture. Each cell: 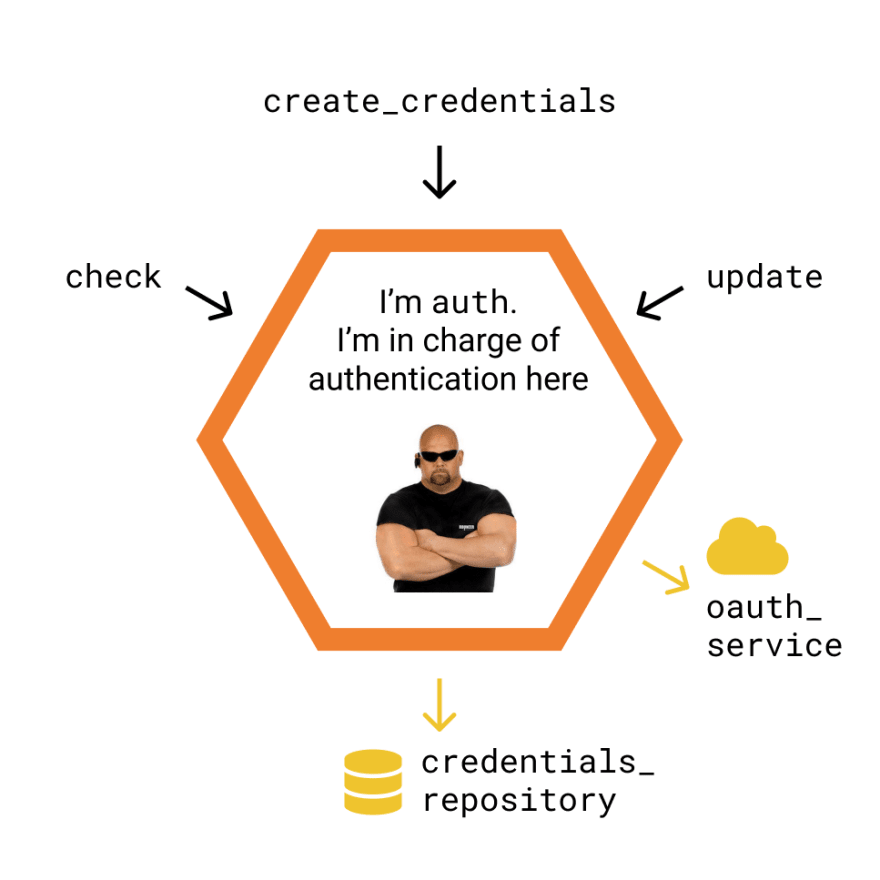 You can think of cells as very small microservices. In fact, we encourage you to try to make your cells as small as possible. In our experience, granulating your domain around entities and relationships helps you understand, test and maintain the codebase in the long run. These are the cells of the RealWorld backend:

If we told you our app is a blogging platform, the purpose of each cell becomes pretty clear. It would only take a glance at the lib/real_world directory to find out where a certain feature might be defined. From there, a developer can quickly look at the API to learn about the operations it supports and navigate the implementation in a very gradual and natural way.

Each cell models a small domain. This domain may correspond to an entity (e.g. a user), a relationship (e.g. a user follows another), or a special feature (e.g. each user has their own materialized feed of articles).

The latter practice is commonly known as event-driven or reactive programming, and it has proven a really useful way to implement certain features with very low coupling.

Moreover, since we have a sequence of immutable data, everything the domain does can be conceived as a pure function (no side effects, just deterministic data transformations). In Ruby (or any other object-oriented language for that matter), this translates to:

We can validate and describe our app's behavior in a way that is both simple and very powerful, forgetting about the noise. 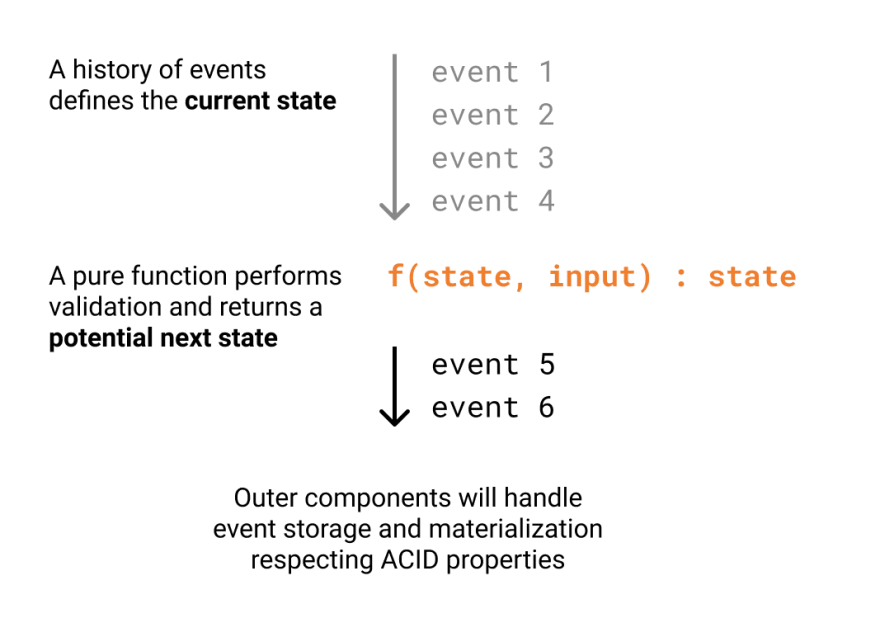 Every useful application needs to let the world do something with it. We'll continue with our RealWorld example.

Our follow cell is there to fulfill a few use cases:

In Colmena, we call the former commands and the latter queries, and we deal with them in a slightly different way. This pattern is called CQRS (command-query responsibility segregation). The linked article does a very good job at explaining the pros and cons of this approach, so we'll focus on our particular implementation for this RealWorld codebase: 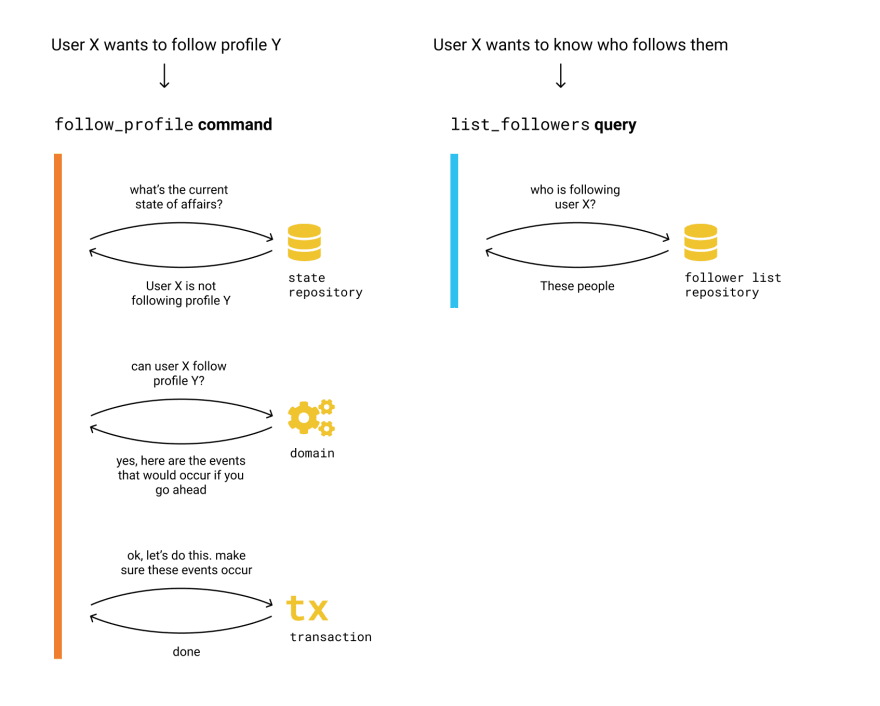 It is extremely valuable for a project to make sure the contracts for all these public-facing components are properly documented and semantically versioned. Developers need to be able to learn and trust, at any point:

Given that this is a distributed architecture with many components and cells working separately, it's fair to wonder... Are changes atomic? How do we keep them consistent?

For instance, the transaction in the previous diagram might call these materializers:

Let's try with a second example as well. We're dealing with articles now. A materializer might get the following sequence of events:

And perform the following operations:

Rely on interfaces, not concrete implementations

At this point, our cell accepts requests from a potentially untrusted source, stores and retrieves data from a database, and may need to call other cells.

These operations are the weak links of software development. The network can fail, databases can be corrupted and public APIs can't be trusted. So, what can we do to minimize these risks?

In Colmena, we define every input/output component as an interface (a port in the hexagonal jargon). A particular cell might rely on:

In Ruby, we specify the behavior these interfaces should satisfy with a shared example. All implementations (adapters in the hexagonal jargon) must comply with the spec if they are to be trusted, and provide explicit error handling so that risks can be gracefully handled, logged, and mitigated.

Relying on interfaces is one of the most basic design principles, and it has immediate practical benefits:

Your application is made up of multiple cells

Cells have clearly defined boundaries, but they still need to communicate with one another. In Colmena, cells can talk to each other in two different ways:

In our example app, both the router and event broker ports are implemented in-memory. The beauty of these interfaces is that they can be implemented by a service like RabbitMQ or Amazon Kinesis and connect cells deployed on different parts of the world; or even cells written in different programming languages!

Here are a few examples of how we glue cells together in this RealWorld service:

We felt it was better to start explaining this architecture from the bottom up, so we haven't had the time to explain properly what the heck a Colmena is.

Colmena means Beehive in Spanish. Like our architecture, 🐝-hives are composed of many small hexagonal units that are isolated from one another but work together as a powerful system. Isn't that beautiful? 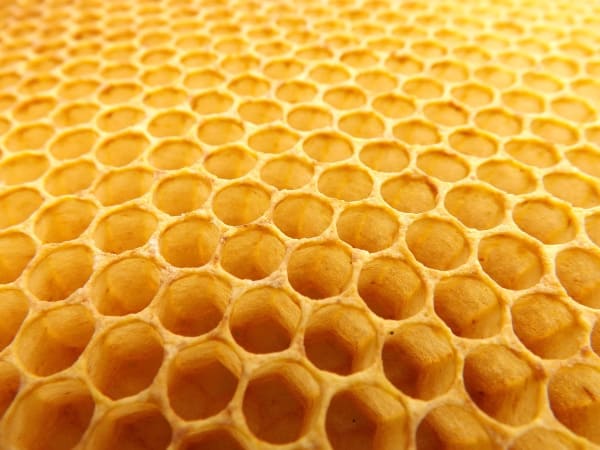 In this article, we've presented an overview of the Colmena architecture and the reasons that brought us to use it in the first place.

In the next ones, we'll zoom into some of the main features and provide more details and code examples.

Once suspended, larribas will not be able to comment or publish posts until their suspension is removed.

Once unsuspended, larribas will be able to comment and publish posts again.

Once unpublished, all posts by larribas will become hidden and only accessible to themselves.

If larribas is not suspended, they can still re-publish their posts from their dashboard.