In past post I have talked about macros, but these just are instructions, they are shortens to do something bigger and avoid writing the same instruction many times, what about if we want to create environments?

The theorem like environment is an environment which you can personalize to be numbered according to a certain enumeration, this is useful because you can have the same format to different mathematical proofs, theorems, lemmas, etc, and instead of declaring or writing the same instruction, you just call the environment and it's all

We say that it is a theorem environment because it is the name of the command, as you are about to notice, but you can create Lemmas, Proofs, and many other stuff, it is just a matter that you put the appropriate name to that

The general instruction is 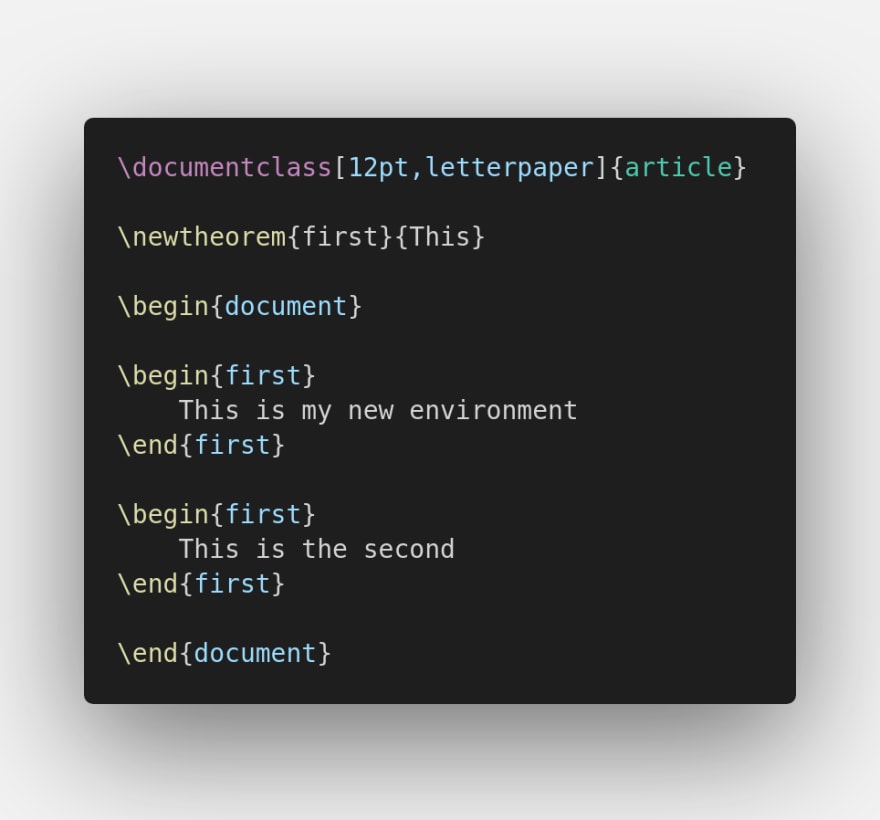 See? the environment puts a default enumeration, in this case, it has not any reference, but, in numbered we can put according to what we want that enumeration, for example 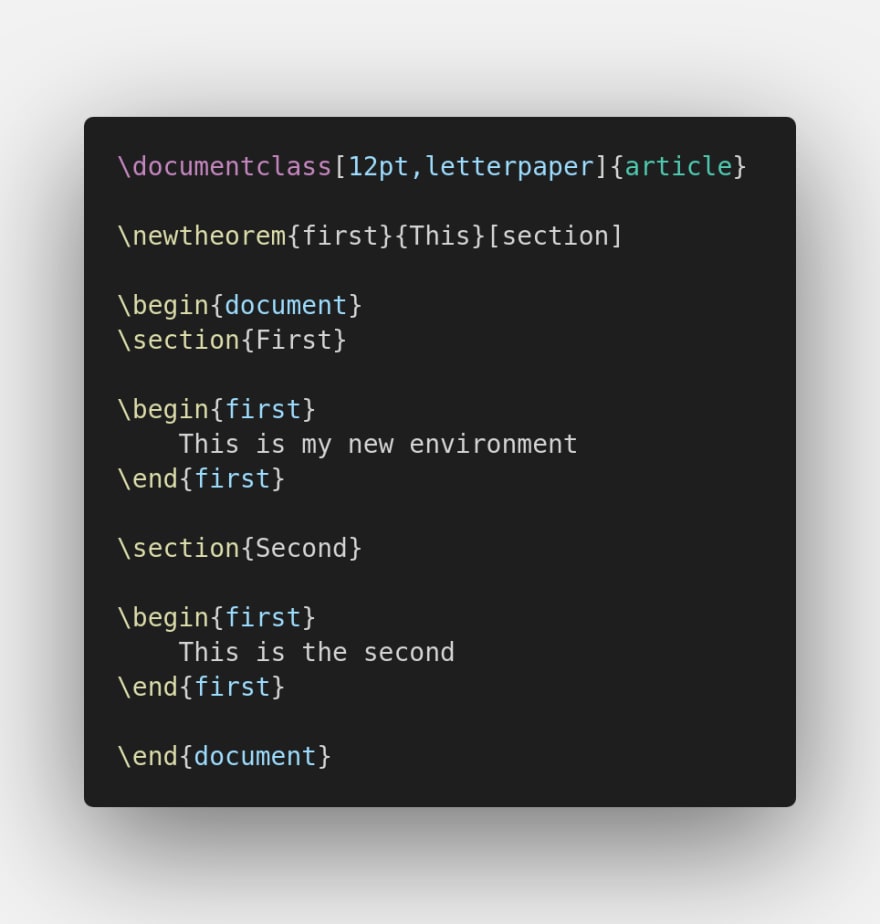 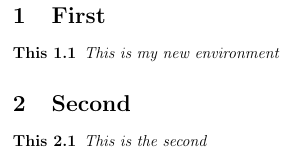 You can play with this!!

Referencing to a theorem

Do you remember the instruction ref and label, if not you can check them here and here, there are good news, you can refer theorems too, the suggested way to call theorems and mathematical stuff is

Remember to import the amsmath package in the preamble

Where name is the name of the label, let's see some examples 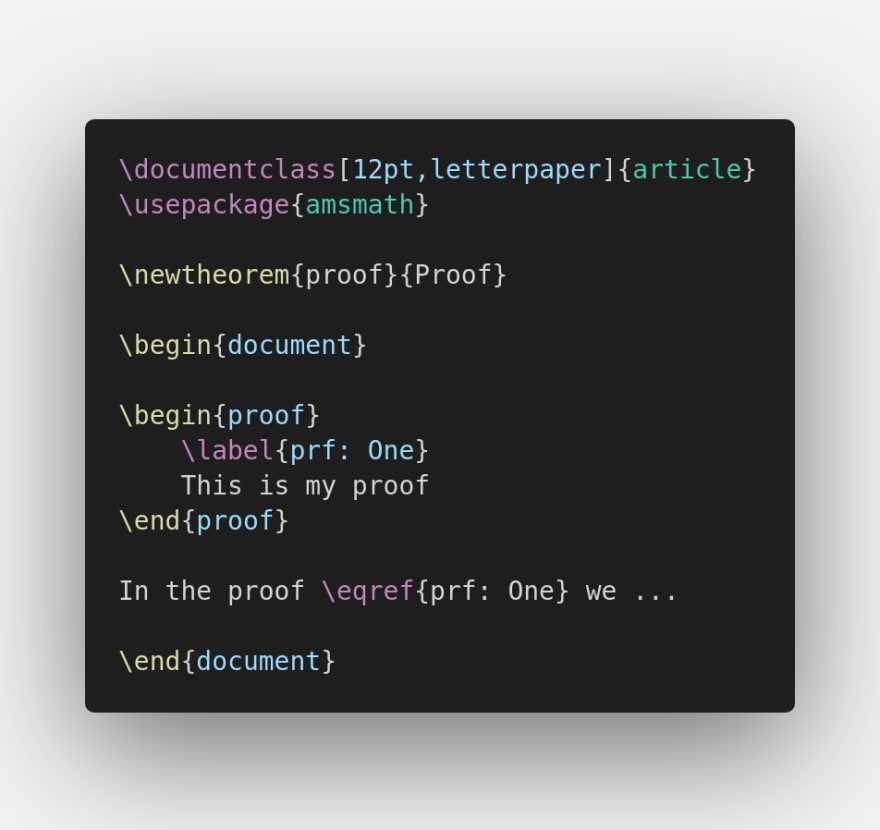 Did you see, the eqref adds some parentheses

Some conventions to use while labeling the theorem are

Names of the theorems 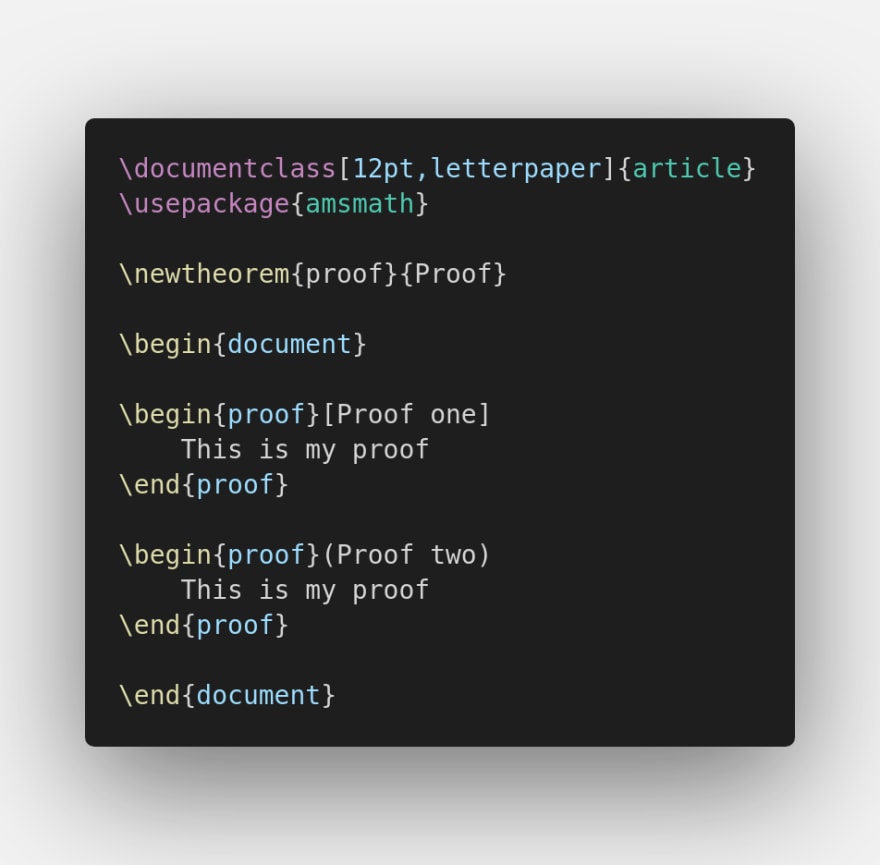 When we are using any math theorem it puts the mathematical equations in cursive, and the theorems are in cursive, it is a mess because sometimes it is difficult to differentiate between normal text and math stuff, so, if we want to delete the cursive in the theorems we just need to add 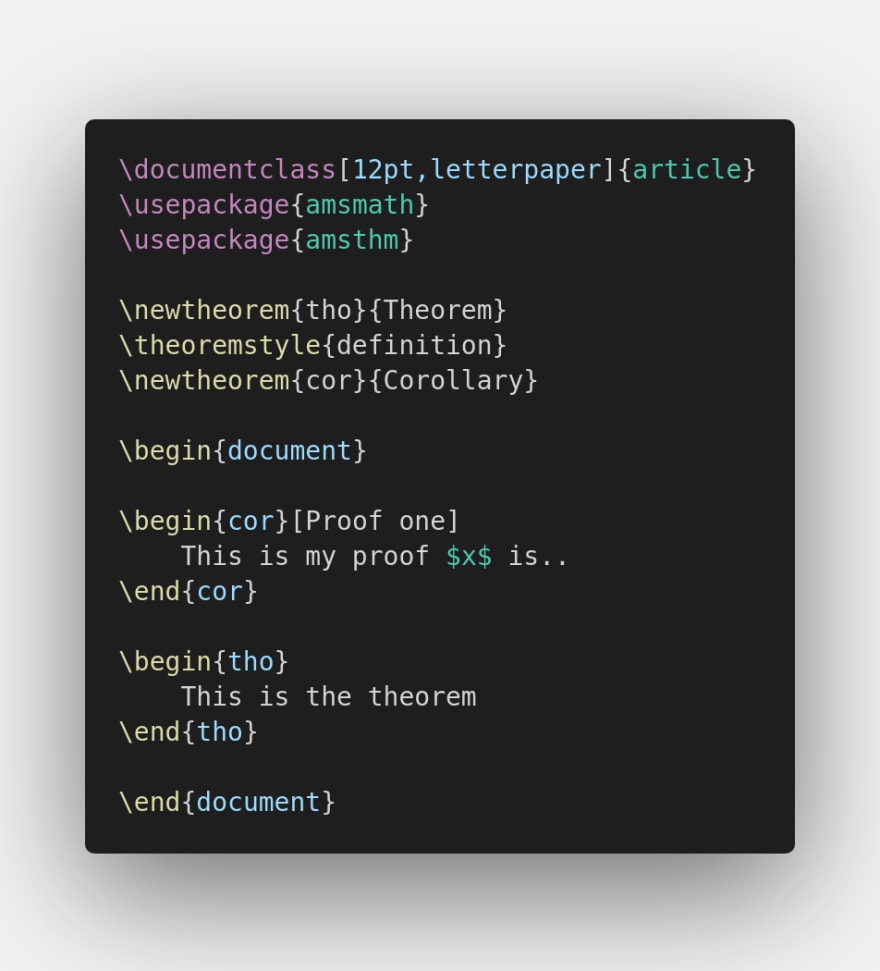 22 stats that answer, why you should learn Node.js

Tutorial - How to build your own LinkedIn Profile Scrapper in 2022

Once suspended, latexteada will not be able to comment or publish posts until their suspension is removed.

Once unsuspended, latexteada will be able to comment and publish posts again.

Once unpublished, all posts by latexteada will become hidden and only accessible to themselves.

If latexteada is not suspended, they can still re-publish their posts from their dashboard.

Once unpublished, this post will become invisible to the public and only accessible to latexteada.

Thanks for keeping DEV Community 👩‍💻👨‍💻 safe. Here is what you can do to flag latexteada:

Unflagging latexteada will restore default visibility to their posts.