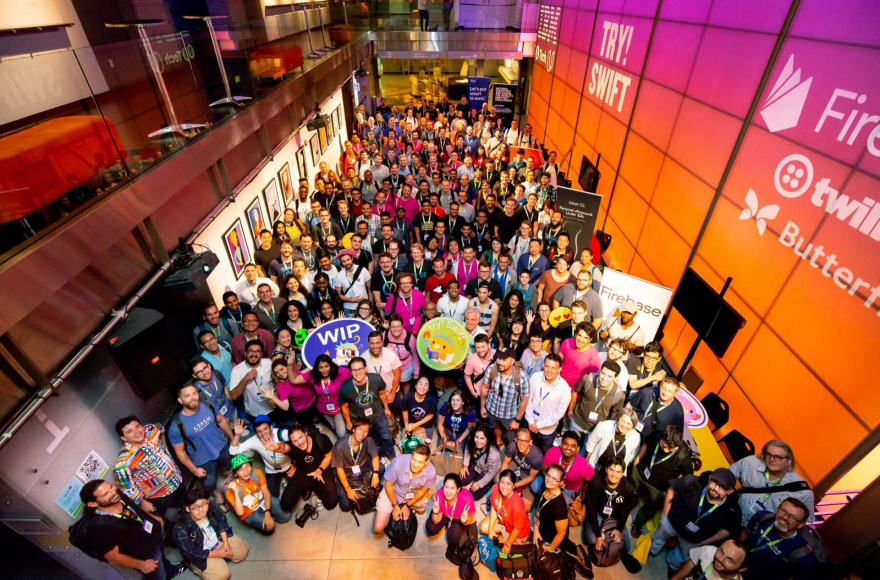 I have to say I had a great time at try!Swift New York this year. I have been to many developer conferences over the years but lately I have been attending mostly business and startup conferences (i.e. MicroConf and Release Notes).

Additionally, this is the first Apple developer conference I have ever attended as opposed to hosting, attending, and speaking at a Cocoaheads groups. This was a new environment.

I wanted to get a feel of where the winds are blowing in Swift and there were some interesting trends to the topics presented:

Apple has been showcasing and backing these technologies for a while. Except for my occasional attempts at creating models, I haven’t been doing enough in this area and these talks reinforce my need to do so. Aileen Nielsen really broke down how Machine Learning works. Berta Devant explained how ARKit does face tracking and can be used. Audrey Tam explained how to build your own model using Apple’s new tools. Kentaro Matsumae showed a great application using his Super Resolution technique. Overall the need to invest time in Machine Learning technology will continue to grow.

Swift on the Server

Swift on the server is real and there is real coroporate backing to it. I happen to attend the workshop by IBM on Kitura and got a glimpse of how to develop and deploy with Docker and Kubernetes. Gopal Sharma spoke about the challenges he’s faced with Swift on the server. Johannes Weiss spoke about SwiftNIO which is the future of client and server side communication. Chris Bailey & Ian Partridge went into detail of Kitura’s deployment process and its future and Logan Wright spoke about Vapor.

If companies continue to adopt Vapor and Kitura, we’ll continue to see growth in that space. It’s something Swift developers should seriously spend some time understanding.

Podcasts continue to be hot growing area. I am the host of two podcasts: OkProductive and EmpowerApps.Show. I have followed podcast networks like Relay Fm and Gimlet, as well as software creators like Marco Arment and Justin Jackson. So it was really interesting to see Leah Culver from Breaker talk about their story and what she’s learned about growing a software company. It’ll be interesting to see what other startups flourish in this new industry.

Other Swift topics which were of interest to me included:

Father of 5, Software Developer by Trade, CEO and Founder of BrightDigit I run a few meetups focused on marketing and and Apple development.

Using the Twitter API to make your commute easier

Build an app that uses the Twitter API to set up bespoke notifications for public transport delays.

Adding a Unified `NSToolbar` to a SwiftUI window

How to Debounce UIButton Taps

Trending on DEV
Why did you Decide to Learn Programming?
#discuss #webdev #beginners #codenewbie
How did you estimate your coding experience level for dev.to?
#discuss #selfevaluation #devmeta
Saving images in a database or in the project's folder?
#database #discuss #beginners
How much time should you spend looking something up before asking a question?
#discuss #productivity
Don't worry about HOW long it takes you to become a programmer!
#webdev #career #javascript #codenewbie
What is your favourite operating system?
#discuss #watercooler #mjasks
What are the weird things people ask you, when they comes to know you are a developer?
#discuss #watercooler #developer #mjasks
How do YOU manage python environments
#datascience #machinelearning #python #discuss