ReactJS and Angular (AngularJS and VueJS not covered here) are the most popular library and framework according to latest Google trends: 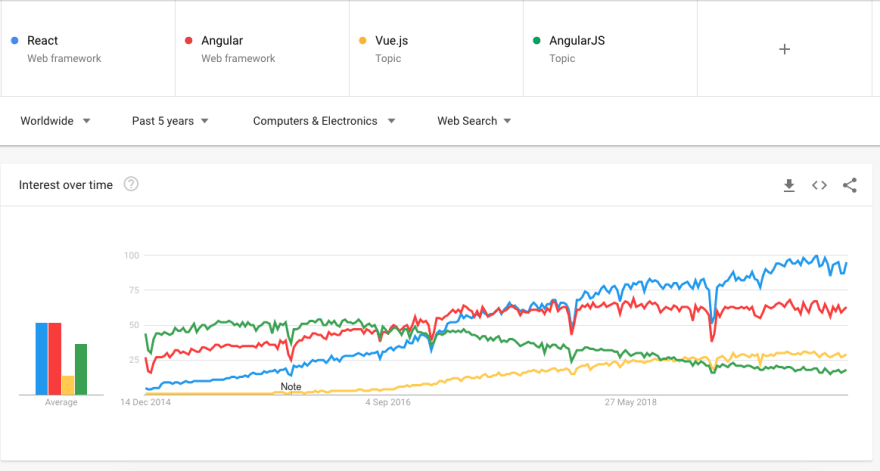 Functional Programming is not new but becomes more popular these days because of lies at the heart of both of the dominant frameworks in the market:

Disclaimer: This is a just a brief point-of-view about the most obvious function programming influences inside these two tools. It will be definitely a lot more functional programming methodologies if we continue digging deeper, we are just scratching the surface.

First let's recap about what are the Redux principles:

Redux can be described in three fundamental principles: 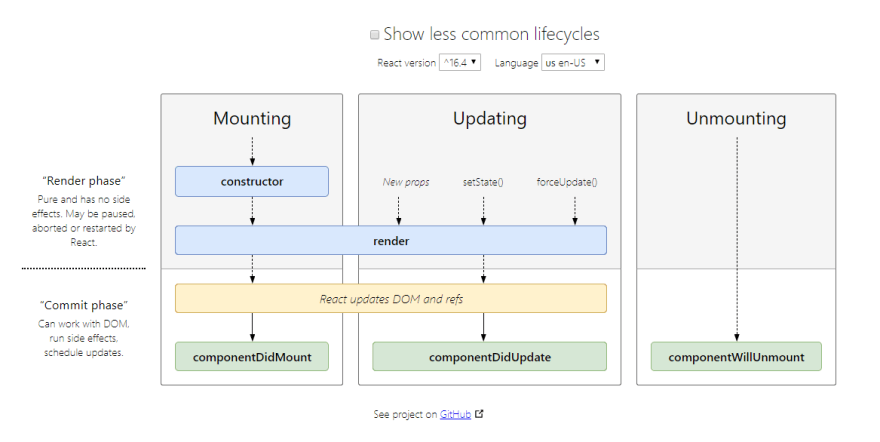 Deriving state leads to verbose code and makes your components difficult to think about, and suggests few functional alternatives:
-- If you need to perform a side effect (for example, data fetching or an animation) in response to a change in props, use componentDidUpdate lifecycle instead.
-- If you want to re-compute some data only when a prop changes, use a memoization helper instead.

Like React, we can also re-enforce the concept of immutability using Facebook's immutability.JS, let's remember that 'const' declaration protects against reassignment but not against mutation.

Redux, keeps a record of every change to your data (Reducer), allowing you to essentially "travel back in time" to see what caused your bug.

To achieve this it uses the Immutability. Redux organize the application state into simple objects and update this read-only state by replacing it with a new state (no mutate).

In fact, and just to finish it, other popular frameworks like VueJS, which use Vuex (similar to Redux) use the "mutate" the state in a predictable fashion way, it has a reactive state which means that we can modify the state in an imperative way.

*2 So What About Inheritance?

Functional Programming becomes, for very good reasons, an important trend to learn and it relies on the essence and component lifecycle of the most popular frameworks, and this becomes even more obvious when the application starts escalating to an enterprise-level and complexity and number of components that communicates and interact each-other requires communication across remote-siblings relying on having the same updated and unique data.

Once suspended, leolanese will not be able to comment or publish posts until their suspension is removed.

Once unsuspended, leolanese will be able to comment and publish posts again.

Once unpublished, all posts by leolanese will become hidden and only accessible to themselves.

If leolanese is not suspended, they can still re-publish their posts from their dashboard.

Once unpublished, this post will become invisible to the public and only accessible to Leo Lanese.

Thanks for keeping DEV Community 👩‍💻👨‍💻 safe. Here is what you can do to flag leolanese:

Unflagging leolanese will restore default visibility to their posts.