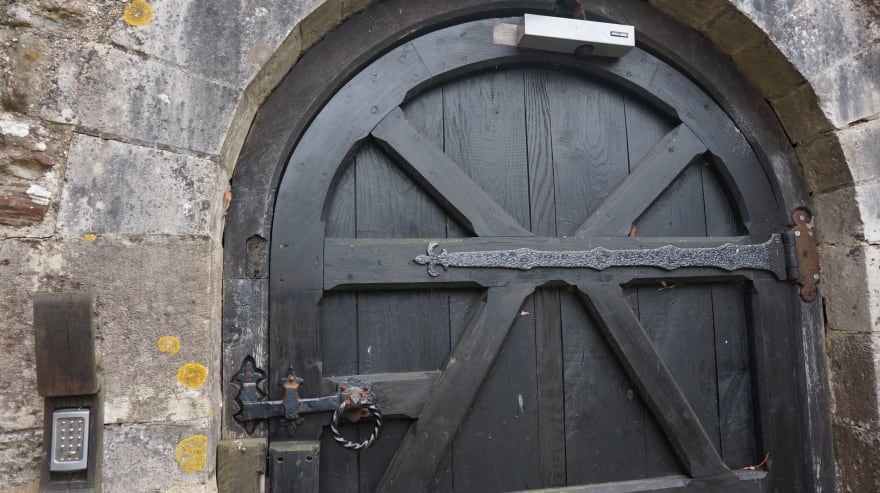 Unit-Test is an essential part of a Software Development, it is considered a good practice and it is not an option, it is a necessity.

In brief, helps us to test not just what we are doing but also allow us to isolate building blocks of code, trust on them and continue building and sleeping well at night.

Any solution will not be going to be complete without testing the functionality, while we all agreed about this on the other hand unit-test takes time and are not really fun, at least not all the time, so independently of which approach we choose: TDD (Test Driven Development) or WTA (Write Test After) tests are going to be part of the final solution.

"Code that is hard to test is not good code", Joe Eames

Before or after we will find our self-writing unit-test to validate the code is working as expected and produce the functionality accordingly. Here is when we can spend more or less time depending on the complexity of the code. Complexity and that can be simplified with pure code without side effect and abstraction.

Making multiple small pure functions can actually simplify the complexity of the unit-test, making our code more portable, reusable and predictable and as a result; easy to test.

Programming languages are generally divided into a spectrum of two sides: Declarative and Imperative paradigms. 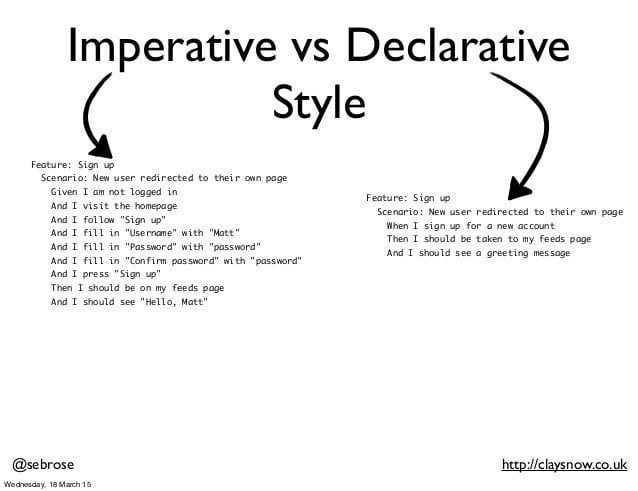 Imperative Paradigm flow: "How to do it" parts to be tested:

In Imperative approach we follow the control, a developer writes code that describes in exacting detail the steps that the computer must take to accomplish the goal (how to do it)

Declarative Paradigm flow: "What to do" parts to be tested:

On declarative approach we control the flow, a functional approach involves composing the problem as a set of functions to be executed (what to do), this also encourages the creation of multiple "singular functions", functions that perform only one task making these multiple functions more comprehensive and easy to test.

DC abstracts the flow control process, and instead spend lines of code describing the data flow: What to do.

State to be tested:

The functions that are evaluated are the main path with specific steps to follow while the state is changing and transforming data across time, variables are used to store the current state of the program.
These steps and variables need to be mock in order to achieve some desired order of execution steps.

FP is stateless. This lack of state allows a functional language to be reasoned at just looking at a purely functional process: input & output also order of execution has low importance because functions are pure.

The logic is minimal: less logic = less new logic to be tested.
We should understand these moving parts as state changes (also known as state mutations). In functional programming, we try to avoid dealing with state mutations instead of encapsulating them like in OOP.

In a sense, we want to test functions as we code one unit of code: in isolation.

That's to say: Given an input, it responds with the proper same output. We can test a specific "unit" of code, alone and isolated from other units of code no test should ever depend on another test, tests should be able to run simultaneously and in any order.

Writing Tests: Because most of the Redux code you write are functions, and many of them are pure, they are easy to test without mocking.

FP treats functions as building blocks by relying on first-class, higher-order functions to improve the modularity and reusability of your code. Declarative paradigm, pure functions and stateless feature in combination with function-oriented architecture give us the possibility of creating test-oriented code that generates a reliable, faster, predictable, easy to maintain unit-tests and can make you sleep even better at night.

Once suspended, leolanese will not be able to comment or publish posts until their suspension is removed.

Once unsuspended, leolanese will be able to comment and publish posts again.

Once unpublished, all posts by leolanese will become hidden and only accessible to themselves.

If leolanese is not suspended, they can still re-publish their posts from their dashboard.

Once unpublished, this post will become invisible to the public and only accessible to Leo Lanese.

Thanks for keeping DEV Community 👩‍💻👨‍💻 safe. Here is what you can do to flag leolanese:

Unflagging leolanese will restore default visibility to their posts.