Ever need to customize how a swift object encodes/decodes?

iOS 15 lets you declare configuration objects to change the behavior of an object’s Codable implementation. And a new property wrapper makes the call-sites really clean. (I just discovered it)

This addition to Codable flew under my radar since I was more into exploring the new support for enums with associated values. This custom configuration support also look very interesting. I need to take this for a spin to see its power in reality.

Giant pitfall and I don’t see it being talked about enough. Add 2 different conformances in module X and module Y, just link (no need to import) both to module Z, and you’ll discover that conformance will be picked at runtime… seemingly in a random way 🤯
twitter.com/UINT_MIN/statu…
Jordan Rose @UINT_MIN
Swift regret: retroactive conformances These are when you have a type Foo from module A, and a protocol Bar from module B, and you need Foo to conform to Bar. And so you say `extension Foo: Bar`.

A super interesting thread by Jordan Rose and a nice commentary from Max Desiatov with interesting real life example from Tokamak UI. Who knew, that creating a programming language was hard? 😅 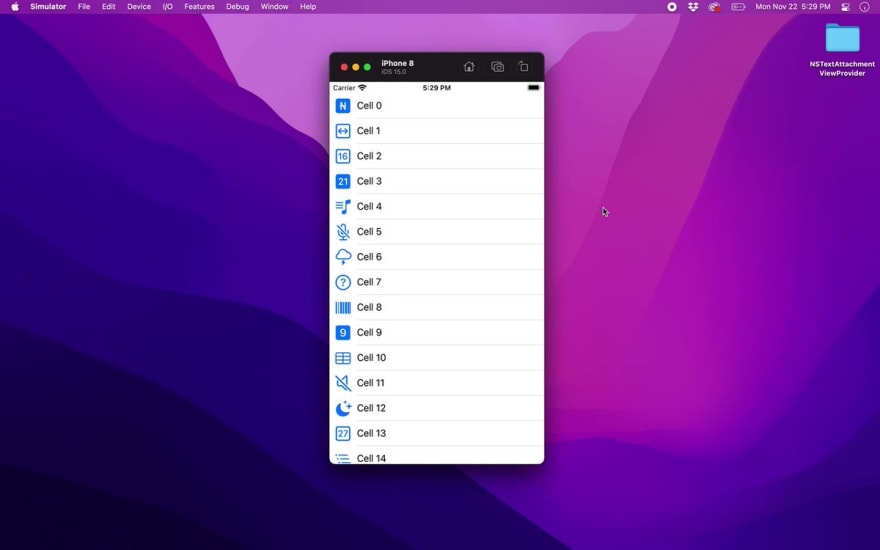 (Using the new NSTextAttachmentViewProvider from iOS 15)

This addition to iOS 15 gives you the possibility to create a UITableView inside UITextView 😅 While itself not the best idea probably, the general possibility of embedding custom UIViews inside text sounds interesting.
Here are the official docs for the feature.

A super comprehensive post - or should I say tutorial/guide - on creating an API client for your Swift app that leverages the new actor system. This guide has everything - starting with basic requests through authentication and ending in SSL Pinning and caching. The "tools" 🛠 section is also interesting!

Folks behind Point Free don't need any special introductions - being the authors of Swift Composable Architecture. Now they give us a robust way to enhance navigation patterns in SwiftUI - now to find a project to use this on!

What this is:
A subjective list of links I found interesting during last week, mainly to keep them around.

Did Facebook really slow down or move away from React Native?