This post was first published on CoderHood as 11 Best Ways to Improve Your Emotional Intelligence. CoderHood is a blog dedicated to the human dimension of software engineering. 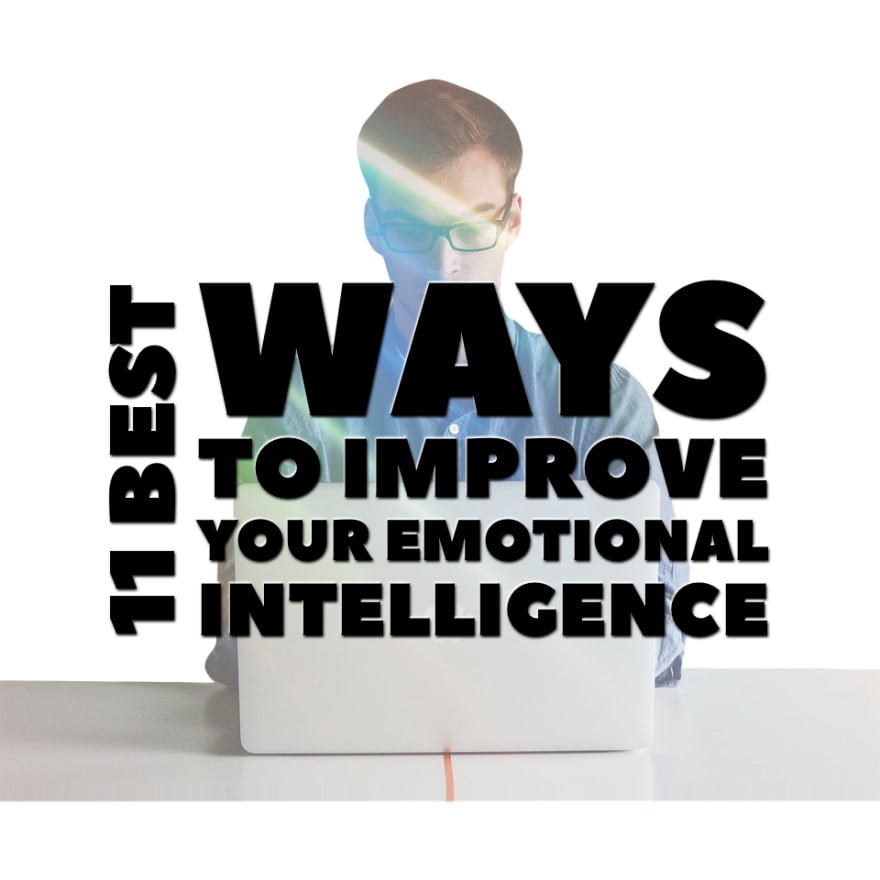 Software Engineers are rarely associated to Emotional Intelligence (EI). They are often seen as introverts who tend to focus inwards rather than outwards.

That stereotype is due to the fact that developers often start by learning to code in isolation. That leads to associating coding to long hours of solitude and concentration. Things change over time, and developers need to become more social and collaborative when working in teams and making progress in their careers.

Even though the Mixed Model definition has been subject to critic, I chose it because it works well in the context of this post. In it, the author describes EI as a combination of 5 skills that drive leadership performance. Those skills are:

Here are 11 tips I recommend to improve your EI. 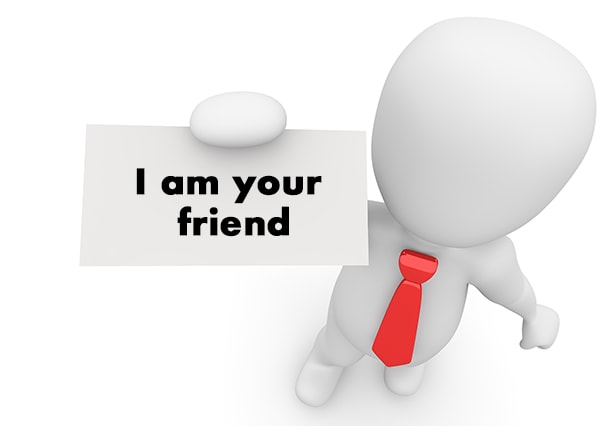 When you assume that other people have best intentions, something magical happens. You feel safer; your self-awareness increases because you can focus on your emotional state. You can better control your disruptive emotions, and focus on moving people in the desired direction. If you don’t feel under attack, your awareness of other people feelings increases because you feel more connected to them.

Assuming best intentions makes the world a more friendly place and allows you to focus on what counts. It eliminates the distraction of having to watch out for yourself and allows you to pay attention to other people emotions.

#2 - Never Send Emails When You Are Angry. 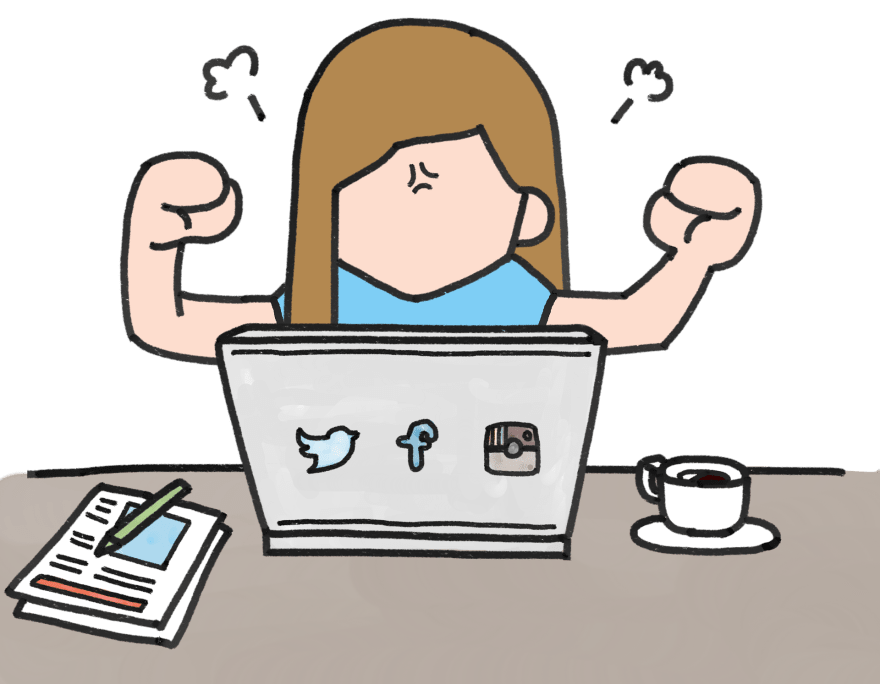 You know how it goes. You get an email that upsets you and your start typing an angry and defensive answer. Don’t do it! If you send an email when you are angry, you will regret it. In my experience, there are very few exceptions to this rule.

(Here is a business idea: Create an email editor that warns you if you are typing a little too fast, and using a negative sentiment. Such software would save many relationships.)

Instead of typing an angry answer, do something else. Take a walk, eat a snack, or flag the email as something you have to respond to and wait a few hours.

Countless times, after having waited to cool down, I realized that I initially misinterpreted the meaning of the message. If I had replied quickly, my response would have been out of line.

Emotional intelligence, in this case, is exercised by applying self-regulation and resisting the urge to lash out. Additionally, you display empathy by not giving-in the urge to “punish the person that made you upset. Furthermore, by not making enemies with an angry response, you are improving your social skills. With a poised answer you’ll more likely be able to move the person you are talking to toward a direction you chose.

#3 - Criticize In Private, Praise In Public. 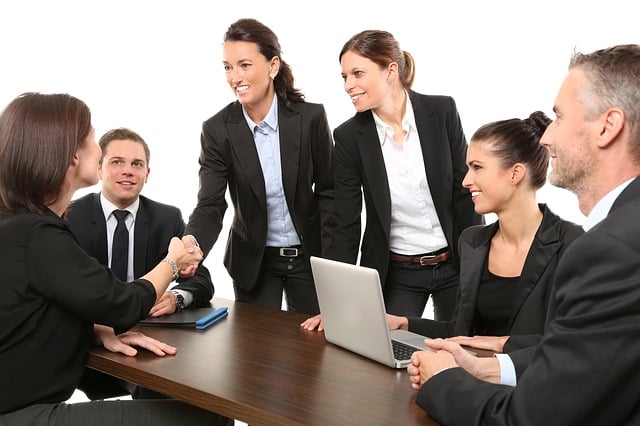 If you need to criticize someone, it is best done in private. Doing it in public doesn’t allow the person you are criticizing to save face, and displays a lack of emotional intelligence.

If you need to praise someone, do it in public. Rewarding good results with public praise reinforces positive behaviors. It also gives credit when credit is due and shows the group that good deeds do not go unnoticed.

Criticizing in private and praising in public increase your social skills. It shows your empathy and is a good display of social self-regulation. 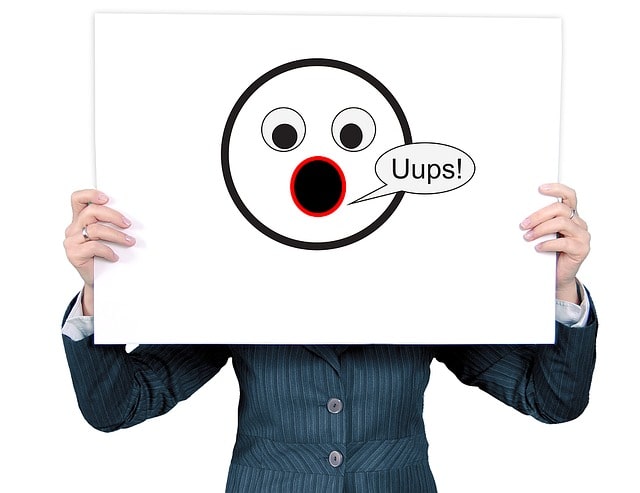 Whenever you notice that someone made a mistake, give them a chance to save face. Accept their explanation. If they apologize, accept the apology. If they came up with an obvious excuse, allow it to slide the first time. Do not call them out immediately, unless it happens more than once.

Letting a one-time excuse go is allowing them to save face, and it shows good social skills. If the same person keeps on making excuses, it becomes a pattern. Patterns need to be addressed, but do it in private. If the trend continues, you may have to call it out in public to send the message that excuses are not acceptable.

#5 - Be Maniacal About Giving People Credit For Their Contributions. 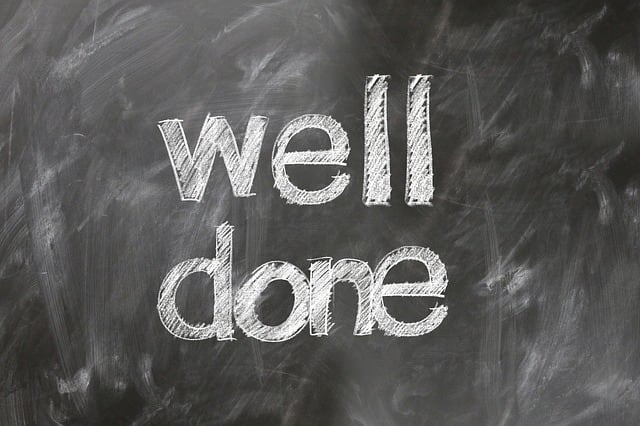 Look for ways to give people credit for positive things they did. Doing so shows self-awareness and empathy. It also creates strong relationships that allow you to improve your social skills.

If you realize that you (mistakenly) took credit for something you didn’t do, make sure to rectify the situation. Nobody is going to forgive you for it. It is the quickest way to lower your social skills, show lack of empathy, self-awareness and emotional intelligence.

#6 - Put Yourself In Other People Shoes. 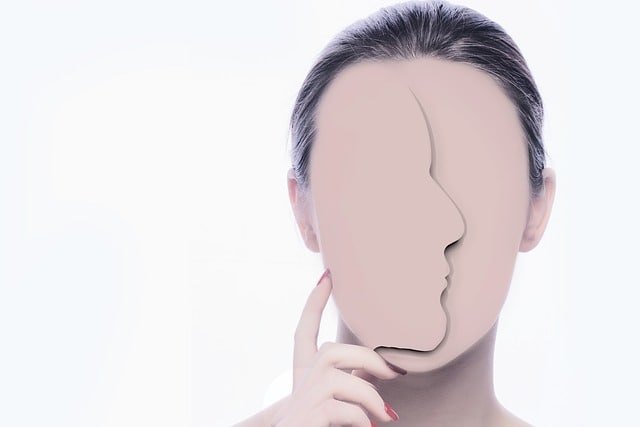 To display emotional intelligence, you should put yourself in other people shoes. Before you say or do something, try to “feel what others might feel in reaction. Envision the context that other people are operating in, and display empathy by not disrupting that context.

The information you have is rarely complete, and doing this with good results might be difficult. Attempting to do it will help you in the long term. 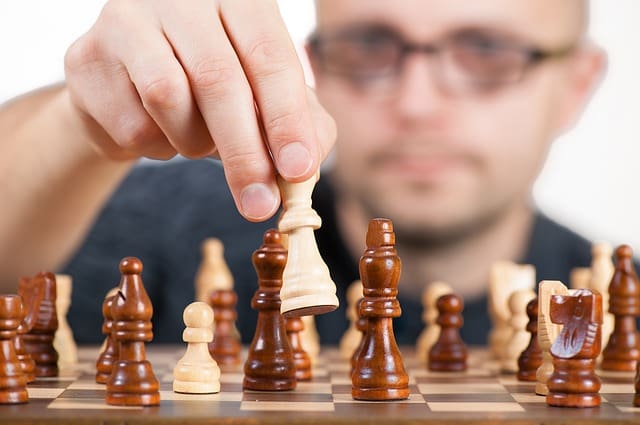 Interacting with people is like a game of chess. Every decision you make and word you say could have different effects and consequences.

As discussed, if you are going to say something controversial, you need to think about reactions people might have. For each of them, have responses and actions planned and ready to be used. You won’t need to use your contingency plans often, but when you do, you’ll be happy you spent time planning for it.

Everything you do or say has an impact on others. Most of the time it’s a minor impact; other times, it can be profound. Try to become aware of the impact your words and actions have on others and try to predict what it is going to be. Some ways of increasing your awareness:

#9 - Take Responsibility For Everything You Can Influence. 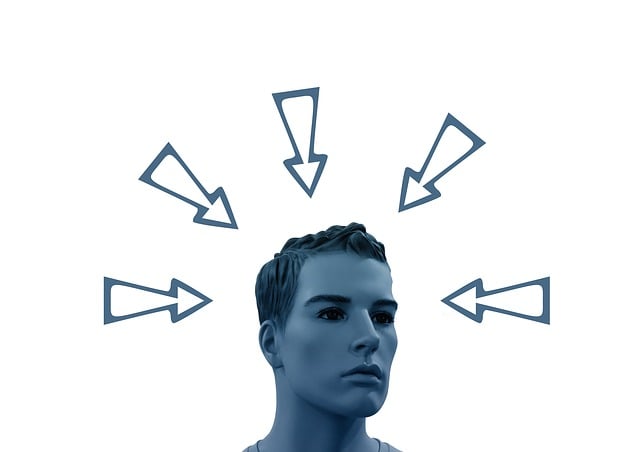 To improve your emotional intelligence, you need to get in a mindset of ownership toward anything that you can affect. It might seem extreme, but I find that anything less leads to making excuses. If you make excuses, you’ll want to defend them. That will lead you to blame others, and blaming others lowers your EI.

A total ownership mindset gives you the motivation and awareness necessary to be deliberate in your actions and interactions. It keeps you away from letting things happen accidentally and pushes you to pay attention to details. 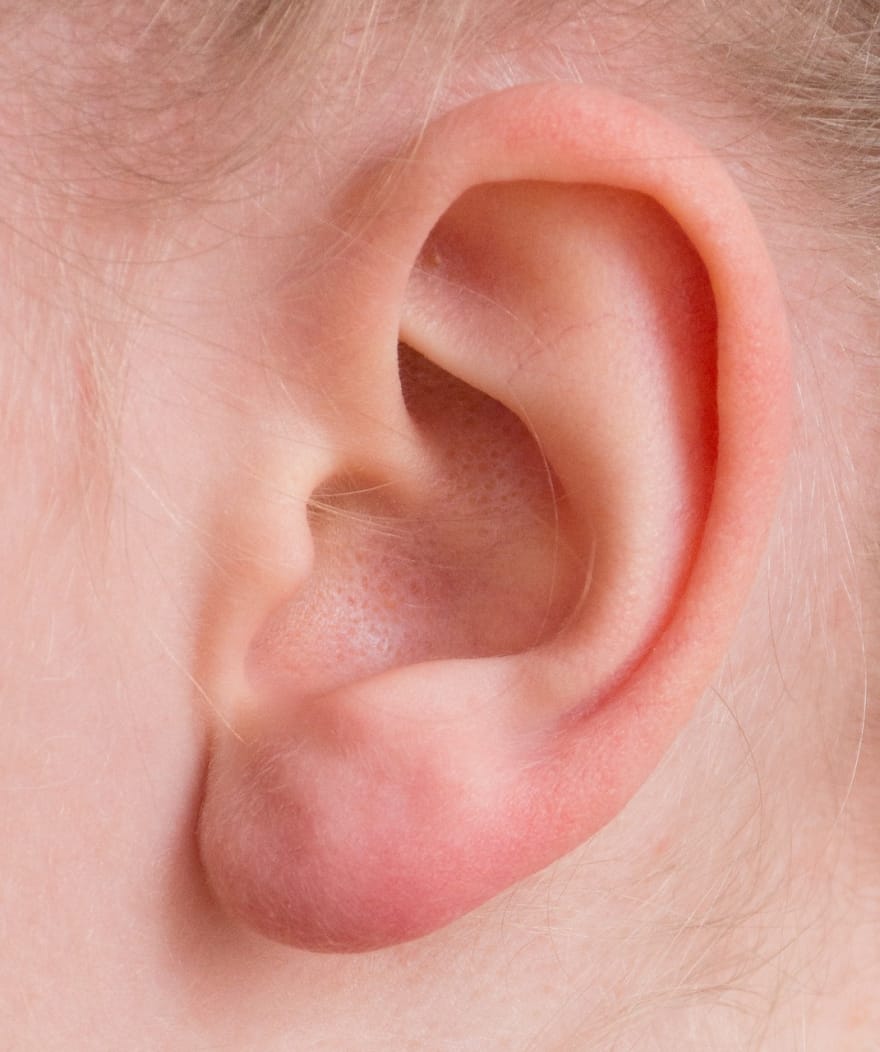 Your emotional intelligence is proportional to your listening skills. Listening is an active process by which you make sense of what you hear. It is a critical skill for all your relationships. It demonstrates sincerity, and that nothing is being assumed or being taken for granted.

Listening is not hearing words. It involves five distinct phases:

These five actions are active; they require engagement and energy. They do not involve taking over the conversation or thinking of what to say next. Listening is about absorbing and understanding somebody’s message; making connections and anchoring it to other concepts. 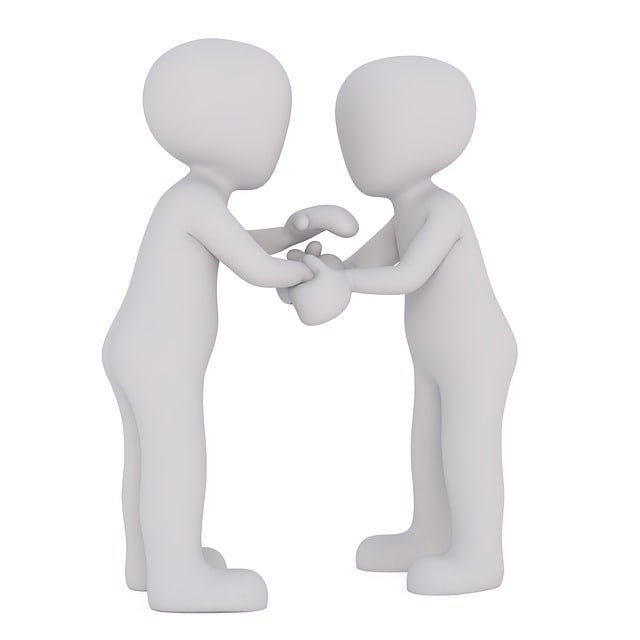 People, to me, are the most interesting thing in the universe. Inside every person, there is an entire version of reality containing countless stories, details, opinions, knowledge, experiences, points of view, emotions, facts, memories, fears, hopes, dreams, and anything that makes a person a person.

A lifetime is not enough to get to know even one single person to the fullest depth. Everyone, no matter who they are or what they do, has something to teach you.

Beyond Senior – The IC Misnomer

Go from Junior to Senior developer in a couple of hours

What If Movie Characters Had LinkedIn Profiles