In this little series I try to setup a nice and clean deployment workflow for the PHP CMS Statamic. Statamic is based on Laravel and has strong support for git-centric workflows. Every config change is stored in .yaml-files and can be version-tracked in git, no database by default (Although a database can be added later).

🚧 This article is work in progress. 🚧 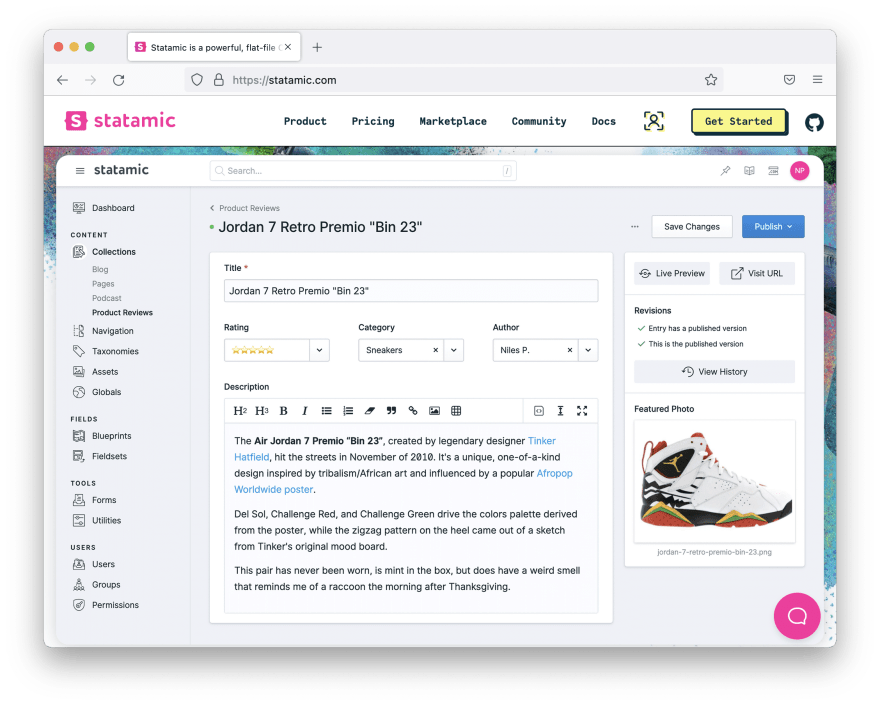 Beware: My goal is to separate content from config as much as possible, therefore I won't rely on Statamics Git Automation. I'll keep the content/-directory out of git. Let's see how far I can push this as a Statamic newbie.

We start by creating a (private) GitHub repository. Add a dummy file like README.md to begin. 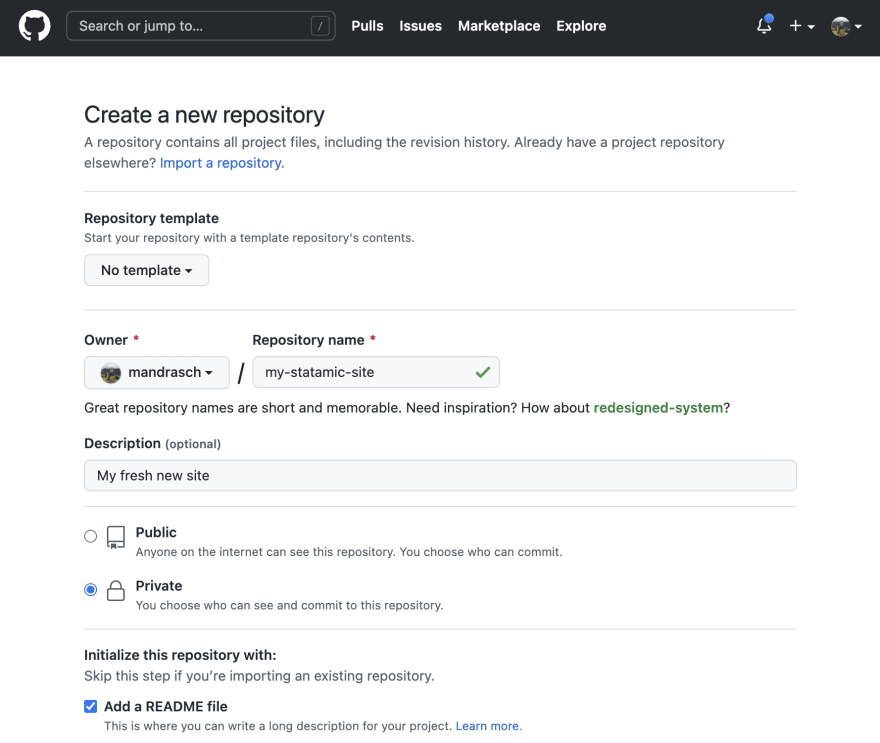 2. Setup Statamic with DDEV and Composer

For the following steps I assume you already installed DDEV on your computer. (Make sure to join the DDEV Discord to meet the wonderful community, there is also a Laravel channel!).

Clone the Github project to your local hard drive, open the project folder in Visual Studio Code. Use the built-in terminal for the following commands below. 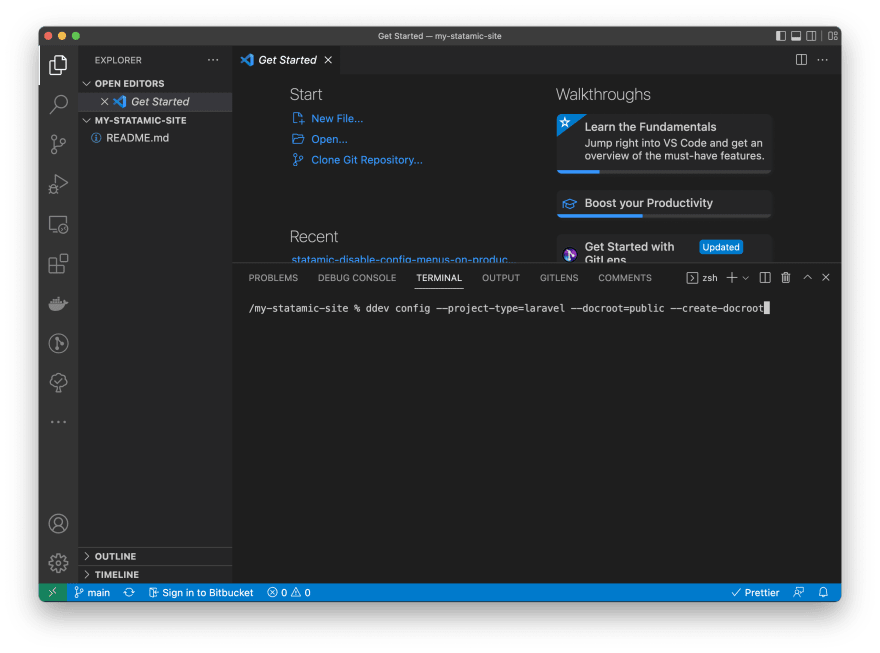 This will open your site: 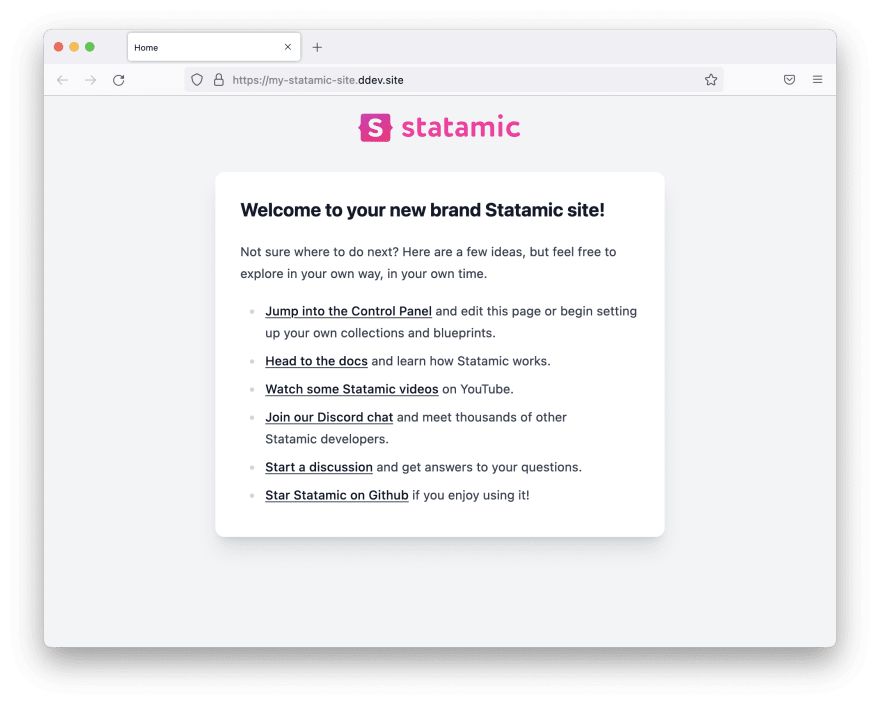 Afterwards you can create your admin user with ddev please make user: 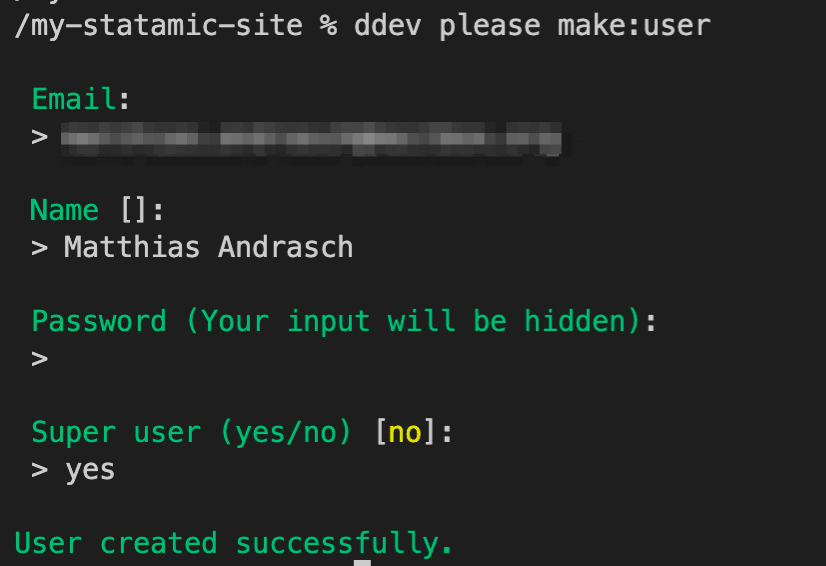 We can open the control panel via ddev launch /cp: 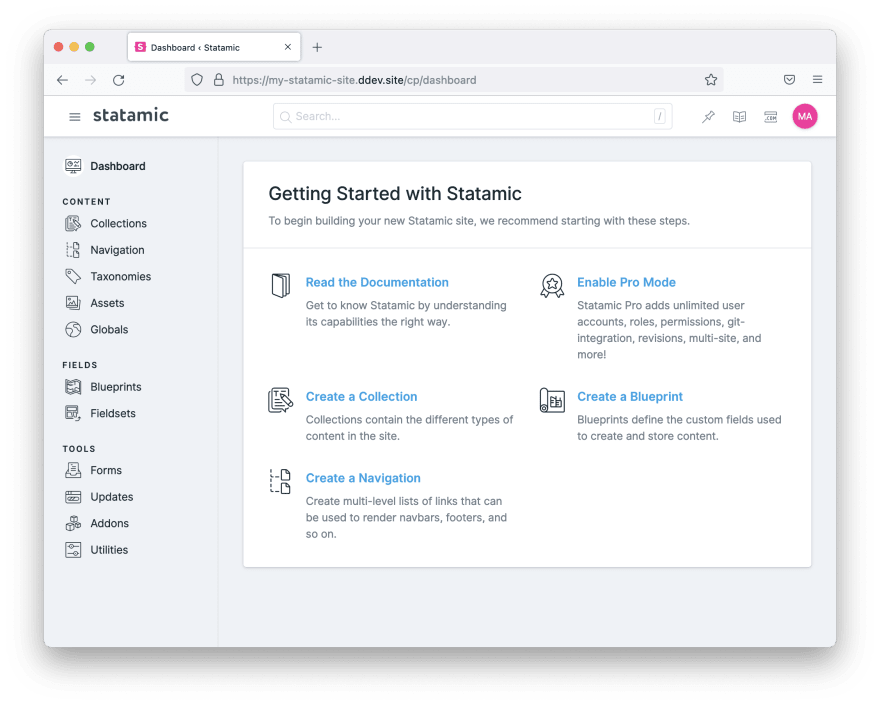 Commit and push this back to GitHub. If you don't want to store your users in git, add /users to .gitignore beforehand.

One last cool thing: DDEV enables to usage of Gitpod as well, check the "Open in Gitpod"-button on mandrasch/ddev-statamic-blank for example to try it out.

Once suspended, mandrasch will not be able to comment or publish posts until their suspension is removed.

Once unsuspended, mandrasch will be able to comment and publish posts again.

Once unpublished, all posts by mandrasch will become hidden and only accessible to themselves.

If mandrasch is not suspended, they can still re-publish their posts from their dashboard.

Once unpublished, this post will become invisible to the public and only accessible to Matthias Andrasch.

Thanks for keeping DEV Community 👩‍💻👨‍💻 safe. Here is what you can do to flag mandrasch:

Unflagging mandrasch will restore default visibility to their posts.