The fifth generation of wireless technology has made it to cities in the United States. Across the country, T-Mobile, Sprint, and others are laying the foundation for a faster, better internet, but in the race to develop 5G, U.S. firms are already at a disadvantage. (To know the status of different countries I have given two links at the end of this article.)

They have limited access to some of the radio frequencies that enable 5G and operators worry that there's not enough space to meet anticipated demand.

In Chicago, Verizon download speeds reached a maximum above one gigabyte per second.

That means their networks may be faster in more scenarios. To understand why the U.S. has a disadvantage, you've got to understand how wireless technology, like 5G, works.

Most wireless systems rely on radio waves that can carry signals back and forth between your device and a service provider. To run these systems, firms like Sprint or Vodafone have to buy space in the radio frequency spectrum.

Radio waves in low frequencies portion of spectrum are long and can travel farther distances. Think of it like playing heavy bass in a building.

The low frequencies can be heard from a distance, even if they travel through solid objects like walls. Mid-Band frequencies, between one and six gigahertz, are quite useful. They're low enough to send signals a long distance, but they have an advantage. They can carry more data than low bands. Some versions of 4G and WiFi live in this sweet spot band. The main issue here is that space is limited.

As frequencies get higher, their wavelengths shrink. Shorter wavelengths let engineers cram more data into their radio signal. Firms in the United States are mostly building 5G networks in this higher frequency portion of spectrum. The ultra-fast download speeds and low latency will enable developments in self-driving cars and virtual reality, but the short wavelengths here present technical issues.

For starters, the waves don't travel very far. This means that your signal might not work indoors or if anything blocks your line of sight to the tower, like a tree. The inability to travel great distances also means that cities will need to install several nodes to ensure a blanket of coverage. The build out of that infrastructure will not be cheap.

So why are U.S. firms at a disadvantage? It has to do with governance. The International Telecommunication Union divides the world into three regions. Within the regions, countries negotiate to reserve frequencies. Operators then bid for a portion. Think of it like an auction for invisible real estate. In the United States, two groups control that bidding process. The FCC holds auctions for private groups like Sprint and T-Mobile, and the NTIA does the same for federal agencies like the Defense Department. - The Department of Defense has traditionally been one of the biggest spectrum users in the U.S., and so they are the incumbent in many bands, and any bands where you could move them out has been done long ago.

As a result, U.S. firms have less space to build 5G networks that balance higher data speeds with reasonable coverage. Countries in other regions have more access to that spectrum sweet spot, so China, Japan, and South Korea are building out mid-band and high band all at once. For its part, the FCC wants to help domestic firms roll out 5G fast. FCC plan includes three key components, freeing up spectrum, promoting wireless infrastructure, and modernizing regulations. The FCC is moving forward aggressively on all fronts.

The three 5G-related auctions in 2019 are for those faster high bands, which means that early roll outs in the United States will mostly be that fast download, limited coverage flavor of 5G. Firms in other countries don't have that limitation. Because they have more access to the mid band, their 5G networks will offer wide coverage alongside blazing fast speeds. Many analysts anticipate that companies in China will lead the charge toward a mid band-type 5G. And leading the global market early is important according to the Defense Innovation Board. Previous market leaders in wireless tech set standards that the rest of the world had to follow. That's good for business.

Analysts say that U.S. firms have some flexibility to re-purpose their existing mid band spectrum. AT&T, for example, will introduce their mid band Sub-6 network in 2020. As the decade advances, firms in the United States are expected to lobby for more access across the spectrum, but those negotiations will take time.

These agreements have taken five to 10 years, which means that for the near-term, 5G in the U.S. will be fast but not very accessible. 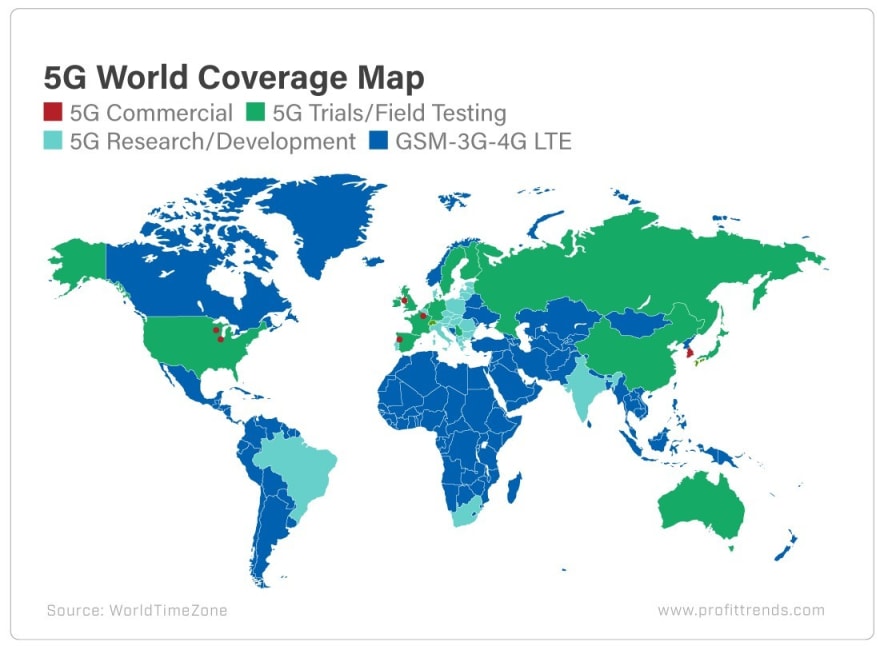 To know the status of different countries:
check here-1 and here-2 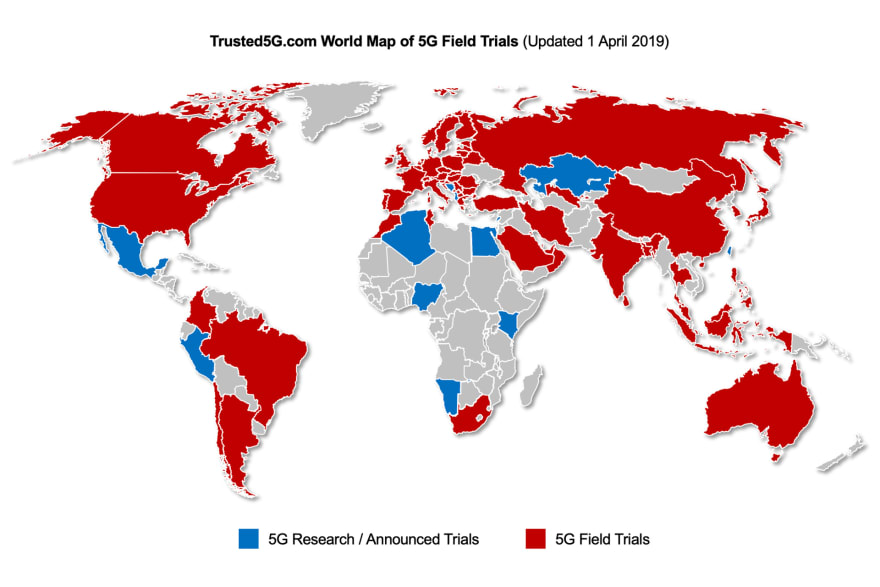 Please also check my previous posts regarding creating your cloud service like digital ocean or google cloud. Part 1 and Part-2 and Part-3 . Also most important listening your VMs on external IPs here -4

In Part-3 we have also seen how to install opennebula. Opennebula is an alternative to openstack/ cloudstack.

A "Shallow" Dive into Memory Leaks in Ruby