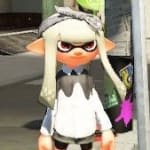 Tips on releasing a new app?

Thanks to the feedback from my previous post, I posted my side project to Reddit only after a week and a half of postponing it. Immediately I got a few comments so replied to them but it was late and I went to bed. 10 hours later I woke up to this: 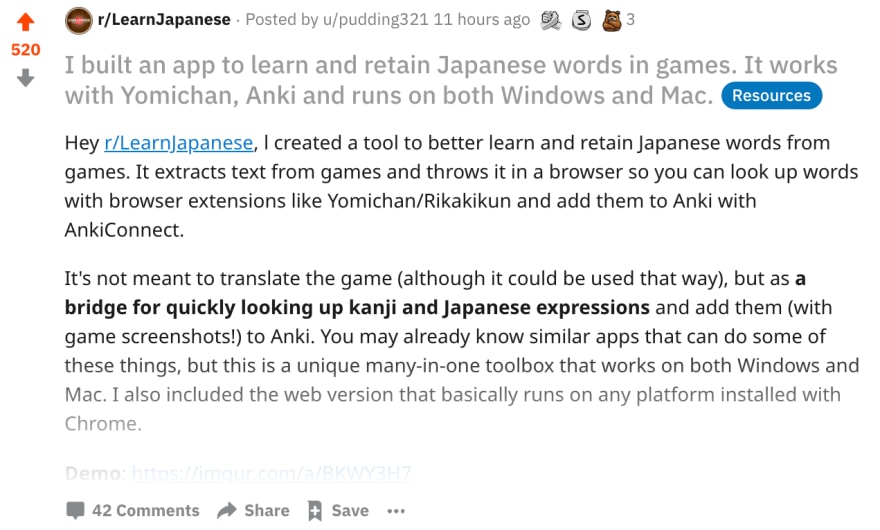 Many people in the sub seem interested. There are even people asking if the project is open source (it isn't) so they can contribute.

How YOU can Learn Mock testing in .NET Core and C# with Moq

How do I implement a functions that can search for various c/c++ library (.so,.a,.dll)?

Mathew Chan
I write about Python, NLP, and languages.
Python Text Parsing Project: Furigana Inserter for Anki
#python #tutorial #showdev
How I hosted my website for free on Repl.it with Cloudflare DNS
#tutorial #codenewbie
5 Lessons I Learned from Launching My First Side Project
#devjournal #codenewbie #showdev

Once suspended, mathewthe2 will not be able to comment or publish posts until their suspension is removed.

Once unsuspended, mathewthe2 will be able to comment and publish posts again.

Once unpublished, all posts by mathewthe2 will become hidden and only accessible to themselves.

If mathewthe2 is not suspended, they can still re-publish their posts from their dashboard.