One issue that has come up recently is that error output for compilations errors only contains the place the error occurred and the place that called the offending code. It might not sound like a problem, but pair that with macros and it will all become clear. It's easiest to show, so here's some code that produces a compilation error:

Now, let's change how the macro works just a little bit and see what happens to the error output.

And the new error output

Can you notice the difference? Where in the error output does it point towards where the macro was called? The answer, it doesn't.

The change to the code was adding another macro method that the original macro method now delegates to. This is very common when making macros since the code generation can become complicated. The downside is that error output only shows the compilation error and the code that called it, and in this case it means that it never makes it out of the macro code. Not so bad when you manage and call the macro, annoying and confusing when you are calling macros provided to you from libraries. At least in this code example you can kind of reference that the error is because you passed in a string, but what if the argument passed into the top-level macro is augmented in some way? What if the string is split into an array? I believe the error output becomes confusing and of little value. (I've written this article without talking about --error-trace because I believe that errors should be helpful without it)

In Lucky we generate URL helper methods to make it easier to create links in HTML, and we do this using macros called when users set up their actions (what we call controllers in a traditional MVC architecture). A common request for help in our Discord is to help figure out where users went wrong with their action setup. They copy and paste their action code and provide a picture of the stack-trace that looks something like this

You'll notice that the image of the stack-trace looks a little like the second example I laid out above. It talks about an error but the code references it points at are all in macro code. That's why user's end up staring at their action and are forced to ask for help. The awful thing about it is that the error isn't in their action at all. The user spends the most time staring at the action to see the error, but anyone who tries to help also has to spend time carefully reading the code. The annoying thing is that the real problem was with their usage of the generated URL helpers I mentioned, and not with the action implementation at all.

Because I had experienced this issue myself and had helped people out with this often, I really wanted to figure out how to get the usage site (where they originally called into macro code) into the error output. Without going into the code, I looked at the macro and saw something very similar to the code example above where the main macro delegated to another but nowhere else was this second macro called. Moving the second macro code into the first was the solution and now the usage site shows up in the error output! 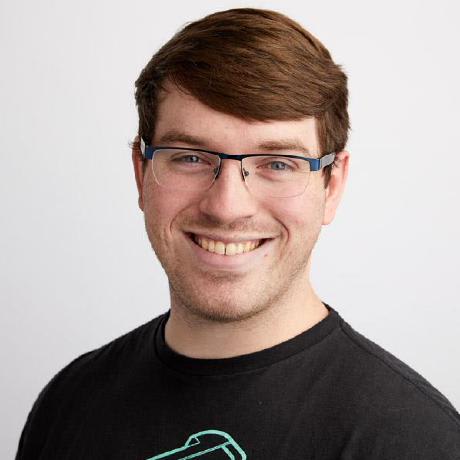 Notice in the "Before" that the first code reference was a macro and not the usage site that caused the error. By removing the render_html_page we actually see the usage site in the error which will help people track down issues.

That macro was extracted here but you'll notice that this PR achieves the same level of DRY-ness without the separate macro.

A Crystal Story: oh! so many options!

How to parse CSV with double quote (") character in Crystal

Verify the Images deployed to Kubernetes.

Once suspended, matthewmcgarvey will not be able to comment or publish posts until their suspension is removed.

Once unsuspended, matthewmcgarvey will be able to comment and publish posts again.

Once unpublished, all posts by matthewmcgarvey will become hidden and only accessible to themselves.

If matthewmcgarvey is not suspended, they can still re-publish their posts from their dashboard.

Once unpublished, this post will become invisible to the public and only accessible to Matthew McGarvey.

Thanks for keeping DEV Community 👩‍💻👨‍💻 safe. Here is what you can do to flag matthewmcgarvey:

Unflagging matthewmcgarvey will restore default visibility to their posts.