I've been working on a side project called Research Pal. It's a simple yet useful Chrome extension that lets you track and manage your researches.
After following the basic tutorials available in the Chrome Developers Portal, I learned that you just need HTML, CSS, and JavaScript to build an extension.

But the problem is that Research Pal will have a couple of different "screens" or "sections" that will be shown based on different conditions. Besides, the user will be able to navigate between "screens" through interactions. I don't know you, but I don't want to handle all that state logic with plain JavaScript 😆

If it's the first time you hear about Svelte, I strongly recommend you to take a look at the official website.

You can also check out some of my previous post about svelte:

One of the things that set Svelte apart from other JS frameworks is that instead of doing the bulk of their work in the browser, it shifts that work into a compile step that happens when you build your app.

I could speak about Svelte for hours, but let's see how we can use it for our Chrome extensions.

We need to use degit to create our Svelte app. Run the following commands:

If everything went as expected, you should be able to see your app running on http://localhost:3000.

For this tutorial, we'll need to create a folder called "extension". Then, create the following files inside our new folder:

If you want to dig into Chrome extension development, please take a look at @paulasantamaria 's post: 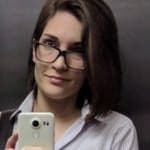 
3. Add logic to your Svelte App

Go to your App.svelte and replace its content with the following code:

When you run the npm run build script on a Svelte project, a new folder called public will appear.

Because we want to include our extension files within this folder with the Svelte files, we'll need to install a library called cpx:

Cpx will allow us to move files from our extension folder to our public folder on each build.

Finally, we need to update our build script within the package.json file like this:

That's it. Now, you can go to Google Chrome and load your extension by following these steps:

Every time you want to test an update, just run the build script and your extension will be reloaded in your browser.

Show me the boilerplate!

Check out my github repo to get the boilerplate:

Boilerplate that includes a basic chrome extension that uses Svelte

Your extension build will be available within the public folder.

If you want to know more about this boilerplate, check out my blog post

Let me know what you think in the comments below 👇