Distributed protocols are complicated and important. They are complicated because they require coordination between distributed components to achieve a goal, often in the presence of bugs, faults, and attacks. They are important because of the goals they achieve, e.g., anonymously accessing the web, or supporting private and spam-free messaging. Vulnerabilities arise from protocol complexity, and matter because of protocol importance. In this work, we automatically synthesize attackers against distributed protocols, in order to exploit complex logic flaws that humans tend not to notice.

In this blog post, I will play fast and loose with the mathematics, and skip details, in order to efficiently communicate the principal idea of our project. In doing so, I follow the esteemed footsteps of Bartosz Milewski. For monotonically more formal versions of this material, refer to my SafeComp 2020 presentation, our SafeComp 2020 paper, or the arXiv preprint.

Imagine a harbor full of ships and boats. There are pirate ships, fishing ships, naval ships, submarines (which are boats!), paddle-boats, etc. Each ship or boat has a Signalman, whose job is to communicate with other nearby vessels via a formal language of small flags called semaphores. 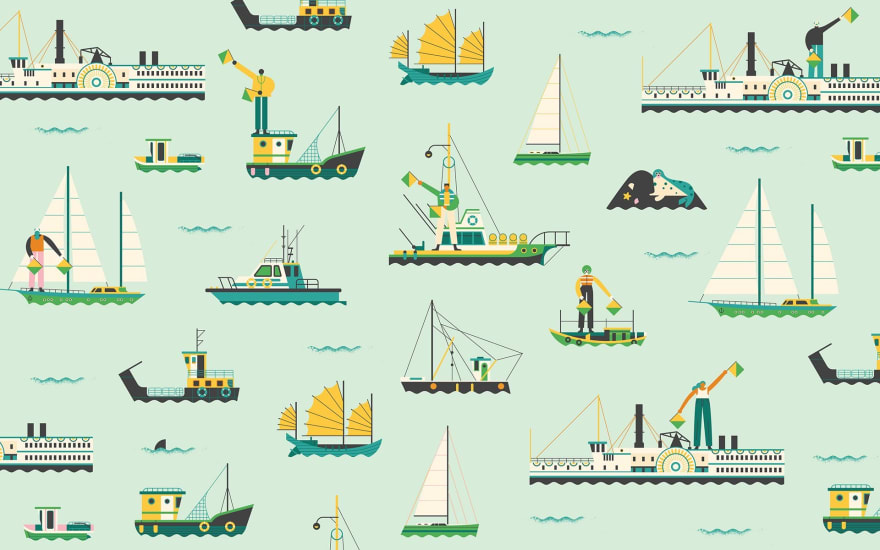 In particular, the harbor has:

We use the symbol ⊨ to mean models or makes true or satisfies, as in, The-Harbor ⊨ 📃. The goal of the attacker is to modify The-Harbor to some system The-Harbor', such that ¬ (The-Harbor' ⊨ 📃), that is, such that the modified harbor violates the charter.

We formalize a gadget called a daisy process. Given a Signalman 🧔, the daisy of 🧔 is the simplest non-deterministic automaton that exhausts the space of message-receive and message-send events in the interface of 🧔.

Next, we define The-Harbor' by replacing V0, ..., Vn with daisy(V0), ..., daisy(Vn), and we model-check the result. If the model-checker finds no violating runs, then no attackers exist. On the other hand, if the model-checker finds a violating run, then we automatically translate that violating run into a series of reproducing processes A0, ..., An. When we replace V0, ..., Vn with A0, ..., An, we get a new system The-Harbor-Attacked that van violate the charter. (If W0, ..., Wk are deterministic, then The-Harbor-Attacked will always violate the charter.)

Ok, so, we have pseudo-formally described an attack strategy for naval logistics based on program transformations and reduction to model-checking. But how does this actually manifest in the real world? How might this impact my Signal chat, or my HBO stream?

(It is unlikely to impact your Signal chat; I am not that good of a cryptographer.)

We present the following adorable proof of concept. Our models are written in Promela, but should be easy enough to read so long as you understand that chan is a type for channels of communication, mtype is like an enum, chan ? msg means chan.wait-to-recieve(msg), and chan ! msg means chan.send(msg).

First, the harbor, without our vulnerable process v0 = Bob. The only vessel is an evil pirate named Alice, who is deathly afraid of the royal navy and so will not attack anyone with a royal navy semaphore, but will ruthlessly pillage anyone else until they raise their white flag.

Second, the vulnerable process v0 = Bob, a simple fisherman who has a royal flag but is too dim to use it when confronted with Alice.

Notice how although Bob isn't programmed to use a royal flag, in theory, he could.

Now, we can run this problem through Korg. 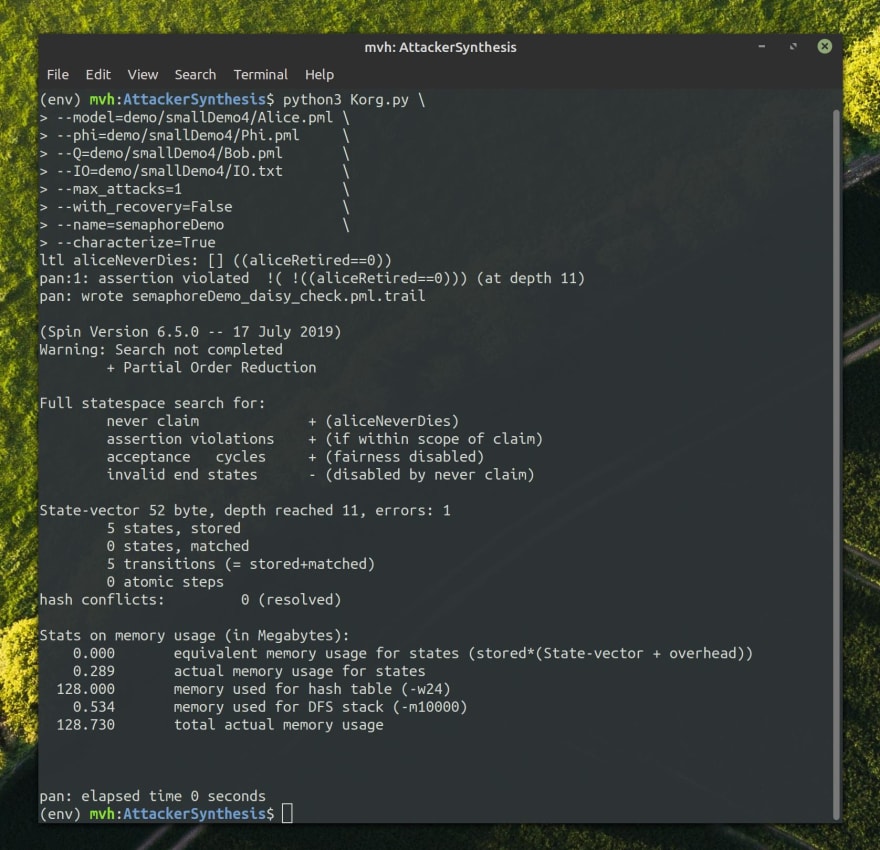 And the result we get is the sensible one, where Bob uses that royal flag and escapes piracy for good.

🚫3 Ways to Geo-Restrict your App