Today I wanted to give Visual Studio Code a try for the first time. Even though I still haven't found my way around it, I discovered an extension that could really be a game-changer for my workflow! 🧨 Thought to share it with you.

In simple terms, this extension allows you to use a Docker container as your development environment. 🤯

Everything will be in it: your code, SDKs, dependencies, OS packages.. everything!

I've been looking forward to something like this for a long time, and I have to say, this VSCode extension is very well thought out.

There are several advantages of using "dev containers"...

How I Created My First Dev Container

I'm now going to show you step by step how I created my first "dev container" today.

I grabbed one of the projects I'll be collaborating with this Hacktoberfest. It's a Django application, so this will require our development environment to run with Python3.

First, install the "Remote - Containers" extension from the VSCode marketplace 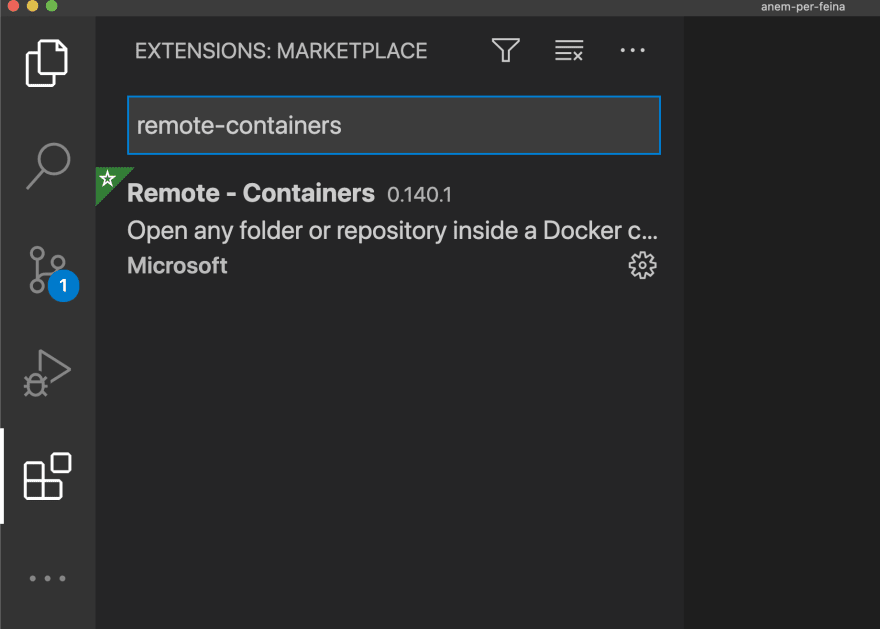 You'll then be asked to choose the Python minor version to use, and if you want to install NodeJS in the container (not sure why 🤔, but I don't care at this point).

VSCode should have created a new folder for you called .devcontainer and generated two files:

We first look at the Dockerfile and it should look something like this:

What we want to do here, is making sure this container image has everything we need to run our project. In this case, I need to install the required Pip packages listed in the requirements.txt file.

The generated Dockerfile is already suggesting how to do it, I simply have to uncomment a few lines. This is going to be my final Dockerfile:

The second file generated by VSCode is devcontainer.json. This contains additional information for VSCode to create our development container. Here is how I set it up.

The first section is defining how I want to build my container. I left everything with its default values

Since my Django application is going to run at http://127.0.0.1:8000, I need to forward port 8000 from the host machine into the container, so I uncommented and edited the line below.

I suggest you take the time to read through the file to find out about all the available options, but here is what mine looks like after the changes:

Opening The Project as a Dev Container

Now that everything is ready, we press F1 again and search for the "Reopen in Container" option.

VSCode will now create a new development container from the Dockerfile and devcontainer.json you created.

Project files in your workspace are now synchronized with the container and VSCode will edit them directly in it.

You'll notice the green strip at the bottom left of the screen indicating VSCode is not attached to our Python 3 dev container. 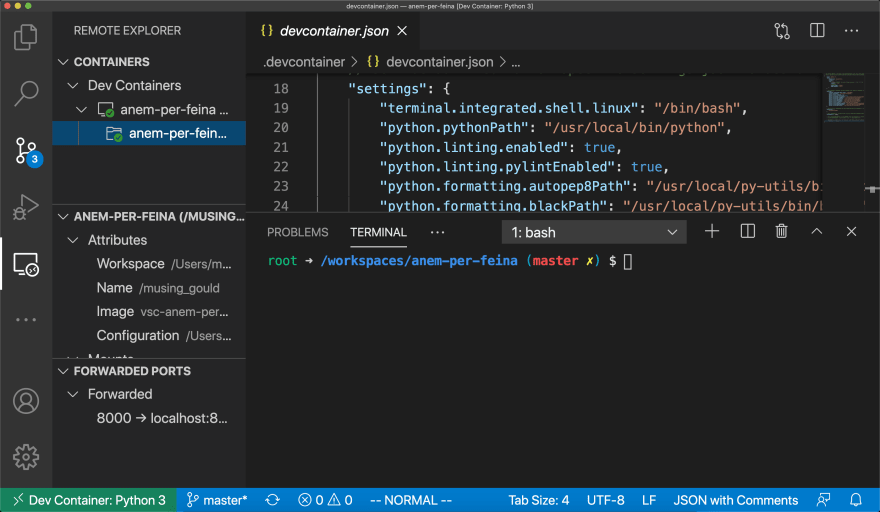 And to test our brand new environment, let's run the application with python manage.py runserver

Yay! The application is now running on port 8000 and forwarded correctly through localhost! 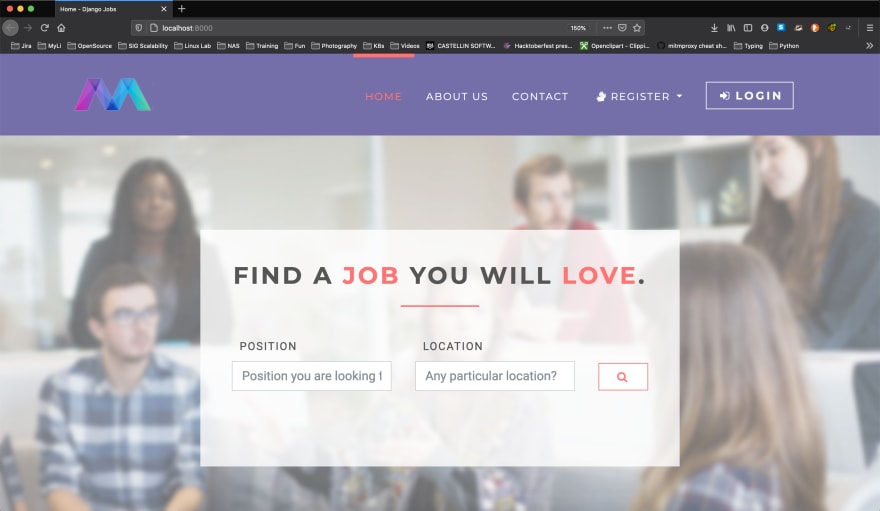 This was my experience with Dev Containers today...

I'm impressed with this VSCode extension so far and I'm looking forward to learning more about it by using it every day.

Hope this intro will inspire someone else to get started with Dev Containers in VSCode.

Haskell - The Most Gentle Introduction Ever (Part II)