Web3 is approaching, and its concept is rooting in the hearts of the people. Not only do well-known organizations actively participate in Web3 with the hope that they can depend on their first-mover advantages in the Web3 world or the experience accumulated in the traditional Internet to get the first place, but also the public is striving to find a self-contained role in this productivity revolution. Many rigid Web2 mechanisms have been deconstructed and reorganized, and a new life has been created in the world of Web3.

When a brand new world comes to us, people can’t help thinking about where it came from and whether the bottom layer is strong enough to support it to go further. This article takes the bandwidth infrastructure in Web3 as the entry point to explores the brand-new production relationship created by blockchain technology and the future development of Web3 from the perspective of traffic. 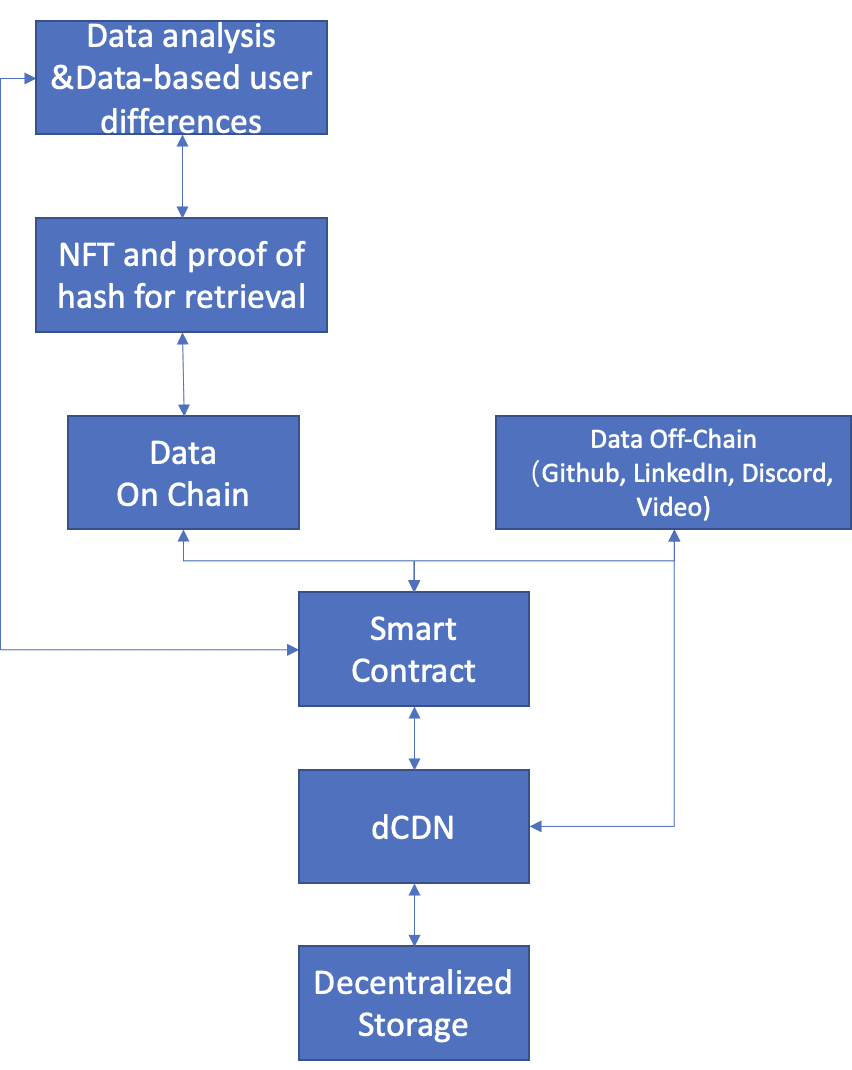 Web3.0 is open, secure and decentralized, or distributed. The establishment of new production relations has spawned the demand for Decentralized Identities(DCI) to deal with how to distribute the means of production. Decentralized identities use technologies such as blockchain or other distributed ledger (DLT) to allow entities to create and control their own digital identities. As long as the user is willing to disclose, multi-chain and multi-layer with off-chain data can create a complete user background identity to maximize their privileges in the Web3 world. By quickly identifying user profiles and clean on-chain + off-chain data. The encapsulated and filtered on-chain + off-chain historical data is used as an on-chain NFT for the “achievement system” that can be quickly inquired/accessed. There will be many third-party platforms that use blockchain technology to store sensitive personal information of users, and the cost of service provider data management will be passed to the third party. The project no longer worries about data governance and leakage issues, only focusing on serving customers.

In order to establish trust in identities and characteristics in the entire system, the market urgently needs an alternative to a centralized architecture, which no longer relies on a centralized arbiter for identity storage. Still, it satisfies the purpose of open, secure, and decentralized Web3 infrastructure -dCDN and dStorage.

Once the production relations and the distribution of production materials are established in the Web3 world, its supporters will grow at an incredible speed. When Web3 applications worldwide gradually move from having less than one million monthly active users to hundreds of millions of monthly active users, it is believed that the “Web3 portal” that directly faces users will become the following fiercely competitive field. Every project and company will strive to become a winner with integrated, smooth, and fully functional products. The projects and companies mentioned here include Web3-native projects, such as Metamask, Uniswap, Mask Network, etc. The companies have been successful in the Web2 world and hope to make achievements in the Web3 world, such as Facebook.

For those who have experienced Web3 through Metamask, the cross-platform single-sign-on value transfer experience is self-evident. Metamask generates a unique income of US$150,000–200,000 through exchange fees (87.5 basis points) every day.

Mask Network is committed to the creation of a low-threshold entrance from Web 2.0 to Web 3.0, and realizing the all-around expansion of the bottom layer, application layer, and community ecology of Web 3.0. The current features include: send encrypted posts to friends, send and receive cryptocurrencies on social networks, one-click Gitcoin grants donation on Twitter, and decentralized file storage and sharing. Mask Network depends on its functional extensions and decentralized social network philosophy to cut into the attention economy tracks such as NFT and GameFi quickly and orderly, and broaden the imagination of the entire project. 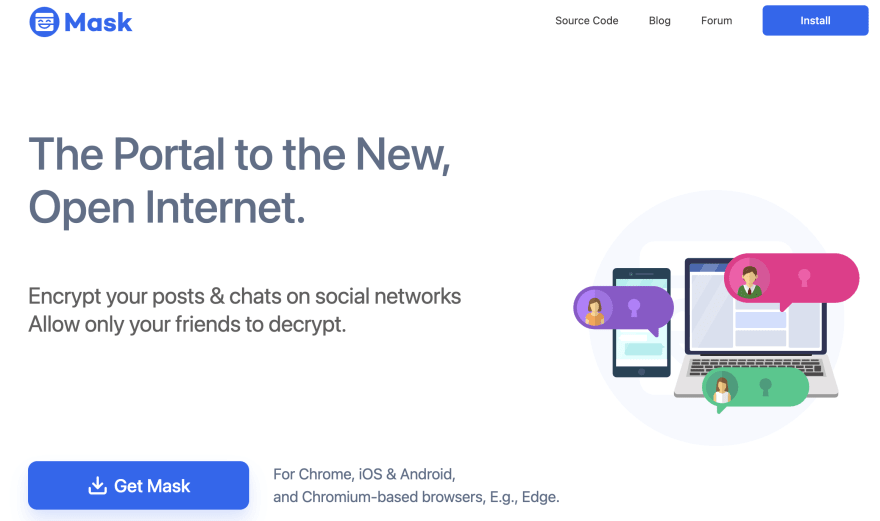 This monetization ability that can be obtained just by occupying user relationships is entirely consistent with the traffic-oriented thinking in the Web2 world. Players in various vertical fields will intervene with each other, and try to merge their features, to provide a wholesome user experience.

Under such a large amount of traffic demand, the surge of users and the cooperation between projects mean that more secure decentralized storage and decentralized high-bandwidth information transmission channels that effectively improve user experience are required.

Another possible scenario is that existing Web2 companies with a large user base + pre-investment in customer acquisition costs will cut into the entry side. Facebook has deployed a lot of resources in the metaverse industry, including the VR industry. Facebook hopes to bring Web2 traffic into the world of Web3 through VR. 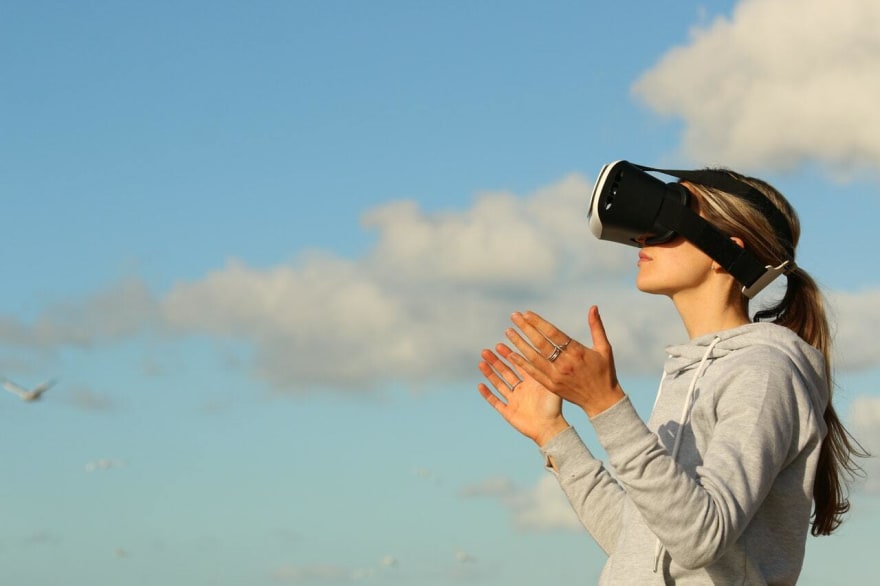 Although the advent of 5G will turn VR which requires a large-bandwidth, low-latency, and energy-efficient network comes true.
VR video is a standard technology requiring astonishing traffic that runs through the entire metropolitan area network and the access network. The ultimate experience of VR content requires several Gbits of bandwidth from end to end, and this bandwidth extends to the user’s home.

Diagram of primary business bandwidth usage in the network

In addition to bringing more information to VR, another change is that more computing technology will be utilized in the cloud. On the one hand, this change requires the network to provide lower latency and higher bandwidth, especially the uplink bandwidth. On the other hand, the web and cloud must be more coordinated and integrated and become an on-demand “intelligent pipeline” with storage, computing, and information transmission.

In order to cope with the large bandwidth and high volatility demand of the consumer market, relevant projects need to rent a large amount of redundant bandwidth to keep the website running. Even if a single CDN provider fails, the system can simply failover to the next suitable CDN. With redundant CDNs, the load balancer can choose the provider whose geographic location is closest to the incoming request. If users come from all over the world, the effectiveness of redundant CDN will be more prominent.

No matter the Web3-native project adapts to the traffic growth of the Web3 production relationship, or the Web2 large-scale Internet company hopes to enter the Web3 world through new technologies and new technologies. The development of traffic portals/consumption projects is accompanied by a surge in users, which will inevitably require many open, secure, and decentralized digital infrastructures to complement it. Everyone has recognized the market value of the decentralized storage/permanent network, but the problem of reading and user experience has not been adequately resolved.

Therefore, application-level projects and decentralized storage projects are in urgent need of a more open, Inclusive, and stable decentralized bandwidth infrastructure solution, which is different from the previously CDN-related project known as Theta, NKN.

While the bandwidth demand is increasing on a daily basis, many projects are equipped with a large amount of redundant bandwidth to cope with the bandwidth tide phenomenon and ensure the stability of the network. Decentralized bandwidth effectively reduces trust-establishment costs through blockchain protocols and efficiently allocates bandwidth resources across regions, industries, and traditional bandwidth service providers. Providing value for both the supply-side and demand-side at the same time, the dCDN marketplace forms a virtuous circle: market bandwidth increase — redundant bandwidth increase — nodes increase — service fee increase — higher node‘s reward — attract more redundant node deployment — provide more bandwidth resources. This can revitalize a large amount of redundant bandwidth through token incentives and provide much cheaper bandwidth services.
More importantly, a large-scale decentralized bandwidth protocol allows the user experience of Web3 applications to catch up with traditional Internet applications while ensuring that it is open, secure, and decentralized, making the concept of Web3 more effective and stronger.

The future is here, and a bottom-up revolution is quietly changing everything.

How I Created a Crowdfunding Platform with Web3 & Micro-Frontends

How to use spot instances during the Christmas frenzy?

How to fix "Property 'ethereum' does not exist on type 'Window & typeof globalThis'.ts(2339)"