angular is set of components, we create each component and arrange them in to form our application.

component is the building block of each angular application , so how angular component is formed ?

The structure of the angular component

each angular component is consisted of

e.g if some clicks the button on the template/HTML what will happen,

the class contains to main things to form the class

3.MetaData is what the class makes a component with out meta data the class will be regular JS/TS classes, Meta Data defines what this class is, it provides additional information about the component.
MetaData is defined with a decorator will see what decorator is later ! 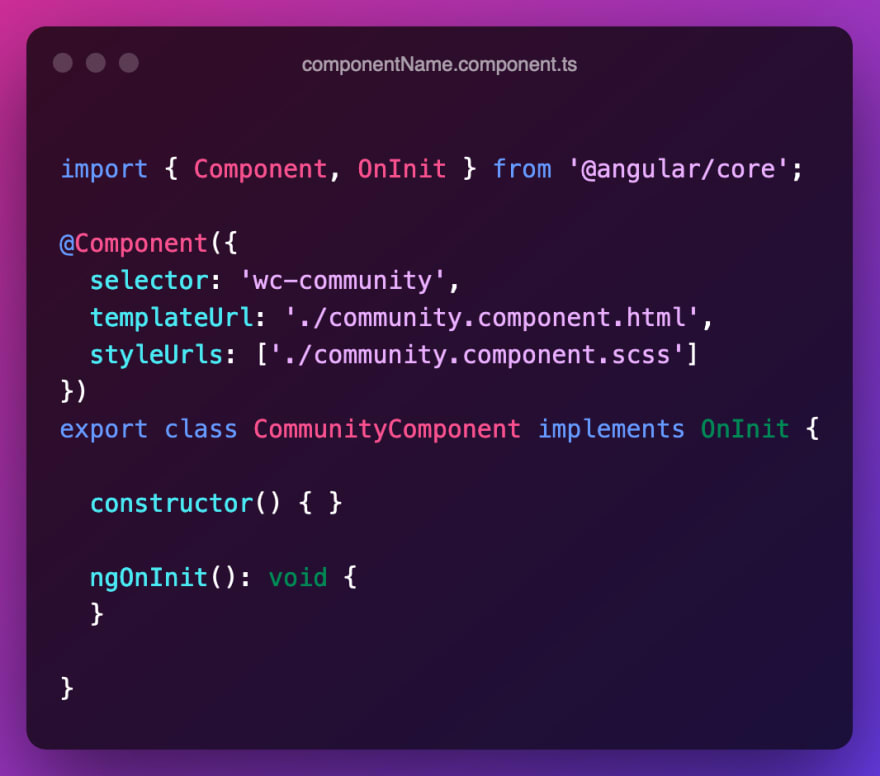 here is the structure of the component class 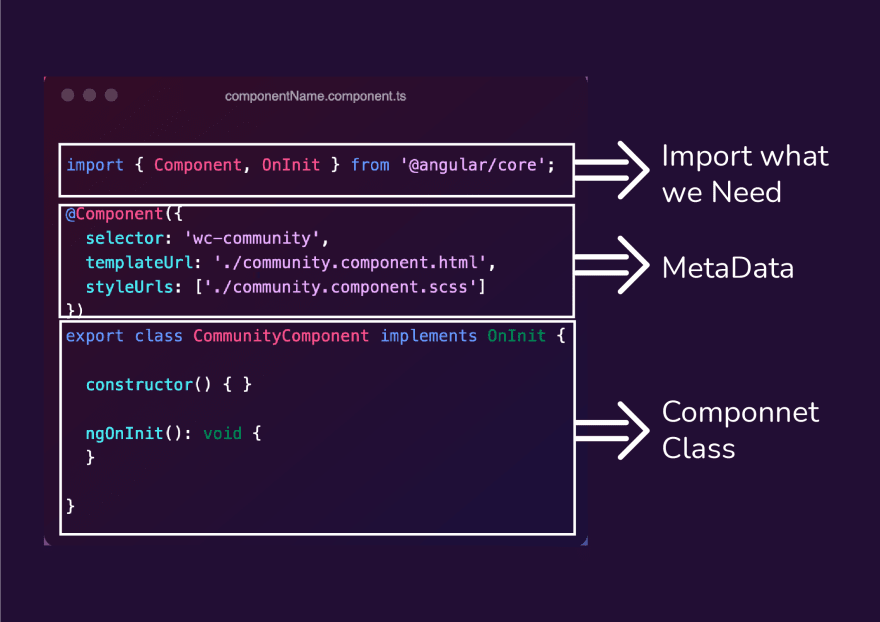 first import what we need and it's @Component

here are the steps

Yeeeeeeeeey 🎊 we created manually our first Component, here it's your turn try it to create a new component

How to make a CLI translator with Python pyttsx3 and deep_translator

Once suspended, mhbaando will not be able to comment or publish posts until their suspension is removed.

Once unsuspended, mhbaando will be able to comment and publish posts again.

Once unpublished, all posts by mhbaando will become hidden and only accessible to themselves.

If mhbaando is not suspended, they can still re-publish their posts from their dashboard.

Once unpublished, this post will become invisible to the public and only accessible to Mohamud A. Abshir.

Thanks for keeping DEV Community 👩‍💻👨‍💻 safe. Here is what you can do to flag mhbaando:

Unflagging mhbaando will restore default visibility to their posts.