Something a little different for this blog; a comparison of four tools which aim to do a similar job, to convert OpenApi / Swagger definitions into simple markdown which can be rendered by Slate (or one of its ports). Slate itself and its alternative implementations / ports will likely be the subject of a follow-up post on this blog.

Disclaimer: the author of this blog post is also the author of one of the tools compared (widdershins), and shins, the Node.js port of Slate used here to convert each tool's Slate markdown into HTML.

When I started widdershins I could not find any tools to directly convert OpenAPI / Swagger definitions to Slate, except for swagger2slate which is written in PHP and was at the time in an unmaintained state. Some weeks later on and two more tools, developed in Node.js (like widdershins) have appeared, and swagger2slate has seen further development, hence this comparison.

Because shins uses the common-mark compatible markdown-it as its markdown processor, there may be differences in the rendered HTML compared to that produced by redcarpet, the markdown library used by Ruby Slate.

Each tool may be optimised for a particular Slate CSS theme. This is not taken into account here, but where an example site is provided, it is linked to below.

Only the example petstore.json has been used so far to compare each tool, which may not demonstrate all features to best effect.

If you use Java and/or Swagger-CodeGen, two other projects which have been brought to my attention may be worth looking at: 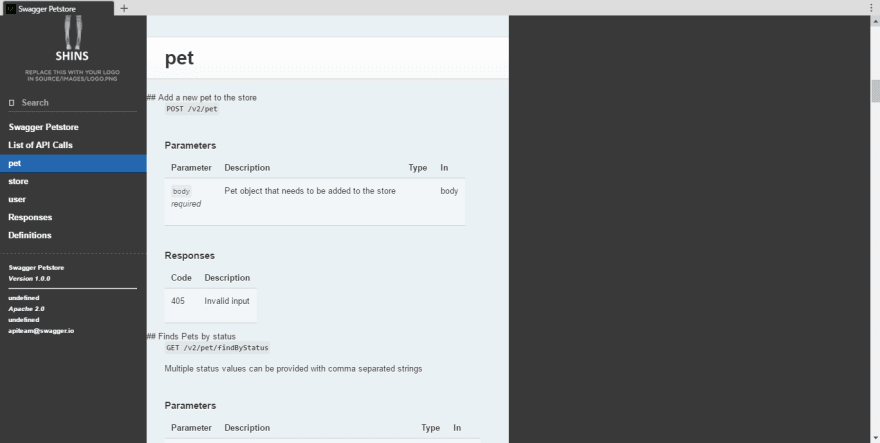 openapi2slate is a BSD-licensed Node.js-based tool developed by Scrive which describes itself as

As documented in the project's README, openapi2slate has a few limitations / design decisions to be aware of:

Dereferncing(sic) is not properly implemented, instead it tries to dereference the file for you and use that. YMMV.
API Schema works fairly OK, some features may be missing...
We render things in Slate Markdown that fits our needs and customisations, so this may not work well for you! 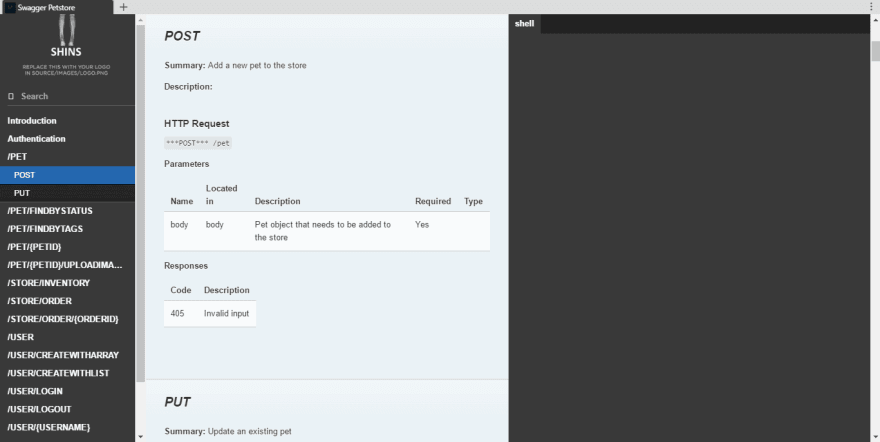 Swagger-to-Slate is also a Node.js-based tool, under the MIT license, developed by Lav Kumar Vishwakarma, which describes itself as

Node module which converts the swagger.json or YAML file into slate markdown

Swagger-to-Slate includes Slate's _error.md file by default, so you need to remember to update this to include your API documentation. 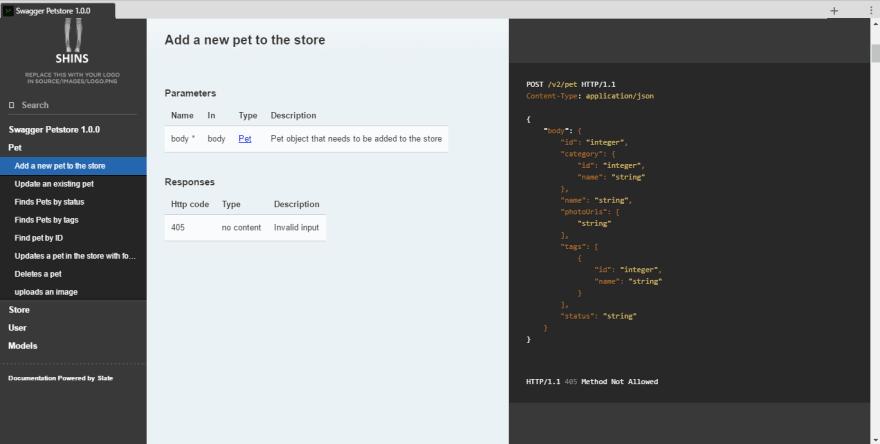 Swagger2Slate is in some way the granddaddy of all these tools, predating them by about 18-months.

I wasn't originally going to include Swagger2Slate in this comparison, because by the author's own admission it was no-longer maintained, had several outstanding issues, and being written in PHP wasn't something that was immediately easy for me to test (much like Slate, being written in Ruby - and not supporting Windows, which may be the reason a number of
Node.js-based ports exist).

However, as of this writing, the latest commit to Swagger2Slate was only five hours ago, and deploying a slightly hacked version of the code to heroku allowed me to see the example output. 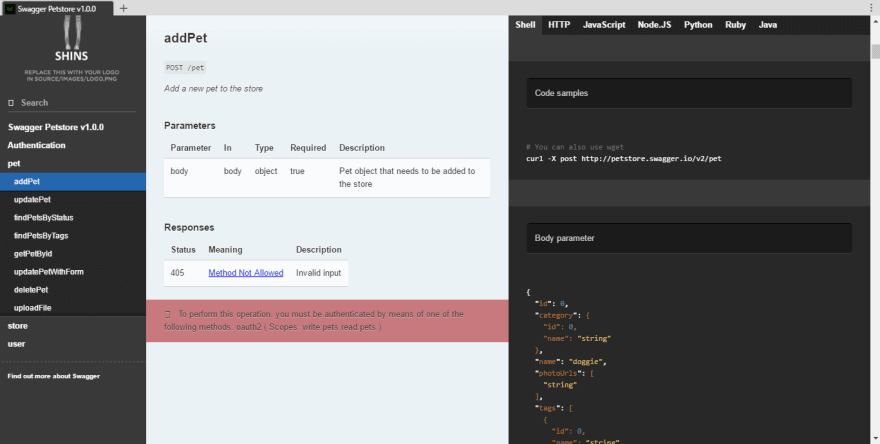 As above, Widdershins is written by the author of this blog post, and the author of shins, so you might want to stop reading here!

What Widdershins gets right

Creating lots of records in Rails with insert_all