As its name suggests, searching for videos by image is the process of retrieving from the repository videos containing similar frames to the input image. One of the key steps is to turn videos into embeddings, which is to say, extract the key frames and convert their features to vectors.

Now, let's dive into how to build a video search system.

The following diagram illustrates the typical workflow of such a video search system.

When importing videos, we use the OpenCV library to cut each video into frames, extract vectors of the key frames using image feature extraction model VGG, and then insert the extracted vectors (embeddings) into Milvus. We use Minio for storing the original videos and Redis for storing correlations between videos and vectors.

When searching for videos, we use the same VGG model to convert the input image into a feature vector and insert it into Milvus to find vectors with the most similarity. Then, the system retrieves the corresponding videos from Minio on its interface according to the correlations in Redis.

In this article, we use about 100,000 GIF files from Tumblr as a sample dataset in building an end-to-end solution for searching for video. You can use your own video repositories.

The code for building the video retrieval system in this article is on GitHub.

The IP address 192.168.1.38 in the table above is the server address especially for building the video retrieval system in this article. You need to update it to your server address.

You need to manually create storage directories for Milvus, Redis, and Minio, and then add the corresponding paths in docker-compose.yml. In this example, we created the following directories:

You can configure Milvus, Redis, and Minio in docker-compose.yml as follows: 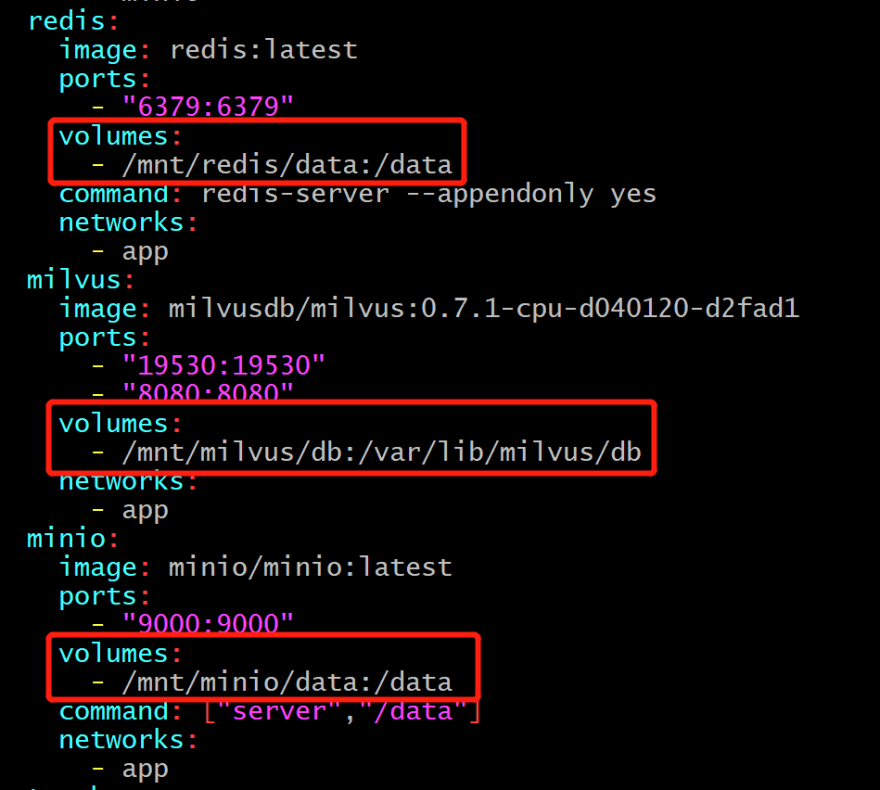 Use the modified docker-compose.yml to start up the five docker containers to be used in the video retrieval system:

Then, you can run docker-compose ps to check whether the five docker containers have started up properly. The following screenshot shows a typical interface after a successful startup.

Now, you have successfully built a video search system, though the database has no videos.

In the deploy directory of the system repository, lies import_data.py, script for importing videos. You only need to update the path to the video files and the importing interval to run the script. 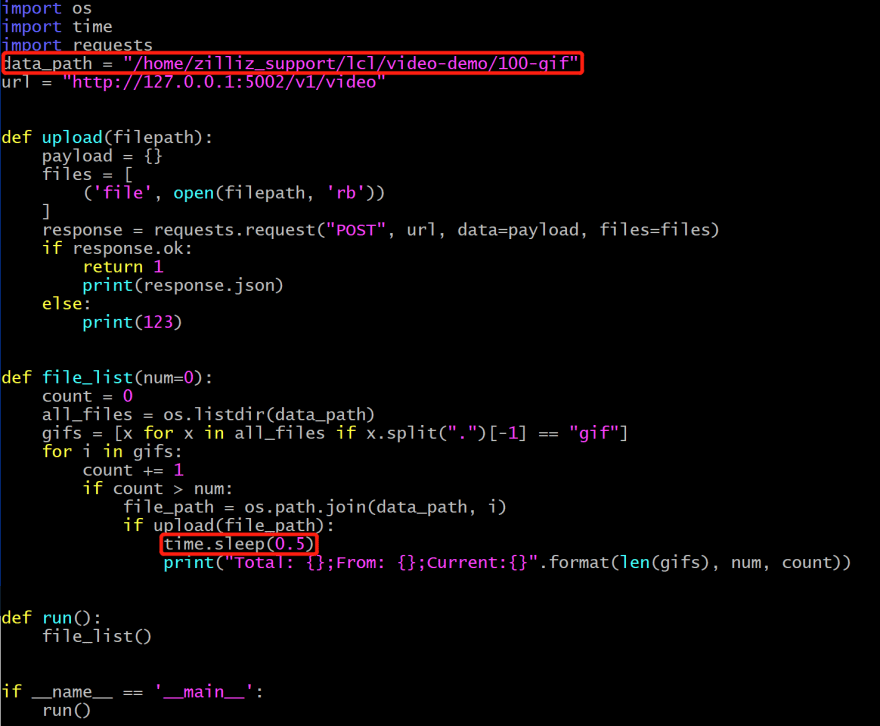 data_path: The path to the videos to import.

time.sleep(0.5): The interval at which the system imports videos. The server that we use to build the video search system has 96 CPU cores. Therefore, it is recommended to set the interval to 0.5 second. Set the interval to a greater value if your server has fewer CPU cores. Otherwise, the importing process will put a burden on the CPU, and create zombie processes.

Once the videos are imported, you are all set with your own video search system!

Toggle the gear switch in the top right to view all videos in the repository.

Click on the upload box on the top left to input a target image. As shown below, the system returns videos containing the most similar frames.

Next, have fun building a video search system!

Calculate the Volume of a Cube in Java

Once suspended, milvusio will not be able to comment or publish posts until their suspension is removed.

Once unsuspended, milvusio will be able to comment and publish posts again.

Once unpublished, all posts by milvusio will become hidden and only accessible to themselves.

If milvusio is not suspended, they can still re-publish their posts from their dashboard.

Once unpublished, this post will become invisible to the public and only accessible to Milvus.

Thanks for keeping DEV Community 👩‍💻👨‍💻 safe. Here is what you can do to flag milvusio:

Unflagging milvusio will restore default visibility to their posts.