This is my very first post on dev.to, and I hope you find it helpful. I purchased a Raspberry Pi Zero W in December 2017, and aside from plugging in the power adapter to check if the green light comes on, I haven't touched it since.

When I first received it, I was surprised that there were two separate micro USB ports for power and USB input. I was also disappointed that it came with a mini HDMI port, because I didn't have mini-to-regular HDMI adapter or cable to connect a monitor. I knew it was possible to do a headless setup, but I never got around to it. I've been wanting to use Node-RED for some of my DIY electronics projects for quite some time now, and I figured I'd put off setting up the RPi long enough!

What is "headless" setup anyway?

When you want to set up a device like the Raspberry Pi without using a display or a keyboard, you do a "headless" setup. This way of setting it up involves a few extra steps, as compared to how you'd normally go about it (i.e., with a display and input devices).

I first downloaded the Raspbian Stretch Lite operating system image from the Raspbian downloads page. Having decided that I'm going to do a headless setup, I figured I'd get the "Lite" version, which does not come with any desktop environments. I can always install one later, if necessary. The size of the image is 365.8 MB.

I like to use Etcher to write OS images to SD cards/USB drives. The GIF below shows you how quick and easy it is:

I used an old, class 4 SanDisk 16 GB micro SD card I had lying around with the official Raspberry Pi micro SD adapter. It took about 10 minutes to write the image to the SD card. 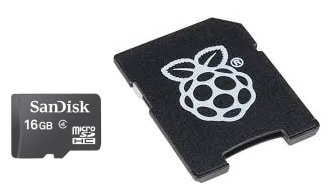 Without a monitor or any I/O devices connected, how are you supposed to connect the RPi to a wireless network? It's simple. With the SD card still plugged in and mounted, you create a file containing the SSID name and passkey of the network you want to connect to.

Fire up the terminal, navigate to the SD card.

Open the file in your favourite text editor. Don't judge, I'm using nano because it's sufficient for doing something as simple as this.

Add the following to the file:

Now what does all this mean?

This is quite self-explanatory. I'm specifying the country I'm using this device in (India) with its ISO/IEC alpha2 code.

The update_config option used to allow wpa_supplicant to overwrite the current configuration, if there is a change in the configuration (e.g., new network block is added with wpa_cli or wpa_gui, or a password is changed). If this option is set to 0, then wpa_cli/wpa_gui will not be able to save the new settings.

This parameter allows wpa_supplicant to have a control interface that external programs (such as wpa_cli or wpa_gui) will use to read/modify configuration values. On Linux and BSD, a directory exists for UNIX domain sockets to listen to status information or configuration requests from command line or GUI programs. By default, this directory is /var/run/wpa_supplicant, and wpa_cli will use this path when it tries to connect with wpa_supplicant.

This section is called the "network block". I've simply specified the SSID and passkey of the wireless network I want the RPi to connect to because my network setup is very simple (a mobile hotspot). However, if your network setup is more complicated, you will need to modify the network block to facilitate the connection. There are several network block options that you can set, as required. If you're interested in the juicy details, check out this sample wpa_supplicant.conf file.

It's not enough if the Raspberry Pi connects to my network. Unless explicitly specified, SSH remains disabled. To enable SSH, simply create an empty file called ssh (no extension) in the boot folder (/media/userName/boot). When the Pi boots, it looks for the ssh file. If found, SSH is enabled and the file is automatically deleted.

All set! I ejected the SD card and popped it into my Raspberry Pi.

I powered up the RPi, switched on my mobile hotspot and waited for a connection. Within a few seconds, the Raspberry Pi was connected. Okay, great. But how am I supposed to SSH to a device whose IP address I don't know? There are different ways to go about this:

So arp -a gave me this output:

Notice that instead of the standard eth0 and wlan0, the interfaces are being displayed as wlp6s0 and enx9ce. Starting with v197, system/udev started assigning predictable, stable network interface names for all local Ethernet, WLAN and WWAN interfaces. Here's all you need to know about Predictable Network Interface Names.

The arp -a command works on Windows too (surprise!), but unlike Linux, the output shows every other system your computer is aware of or has talked to in the past. Note, the list may not be complete - some devices will get added to the list only after your computer has pinged them and received a response.

I connected to the RPi as follows:

And I was greeted with this message:

Success! I replied with yes.

The default username and password for a fresh install of Raspbian are pi and raspberry, respectively.

The first thing you want to do after logging in is change the default password. You can do this with the passwd command. You will be asked for your current password, after which you will have to enter your new password.

The base OS image is sized such that it takes as little space as possible on the SD card. A full installation of Raspbian comes to around 4 GB. All the extra space available in larger SD cards gets wasted if the filesystem is not explicitly expanded. So, I then ran the command: sudo raspi-config, which brings this up:

Here, I selected the very first option - Expand Filesystem. To understand what exactly this does, read the second answer to this question on the Raspberry Pi StackExchange.

Next, I set the locale and timezone as follows:

The Raspberry Pi Foundation is a UK-based charity foundation. So, the default locale is English - UK. The default timezone and keyboard layout pertain to the UK as well. In the list of locales displayed, unselect en_GB.UTF-8 UTF-8, select en_US.UTF-8 UTF-8 instead, and hit 'OK'. Confirm your selection and wait for locale generation to complete. 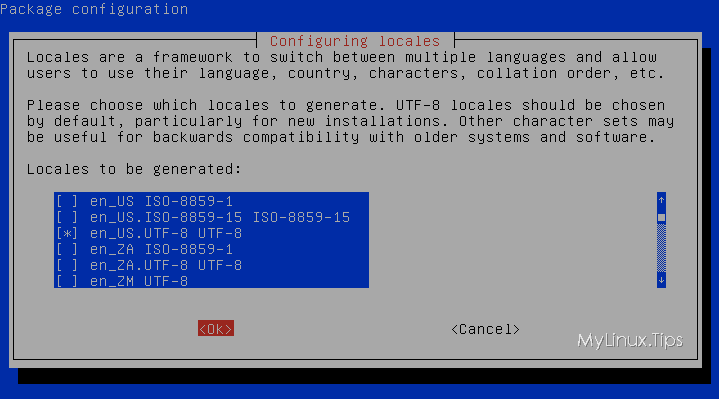 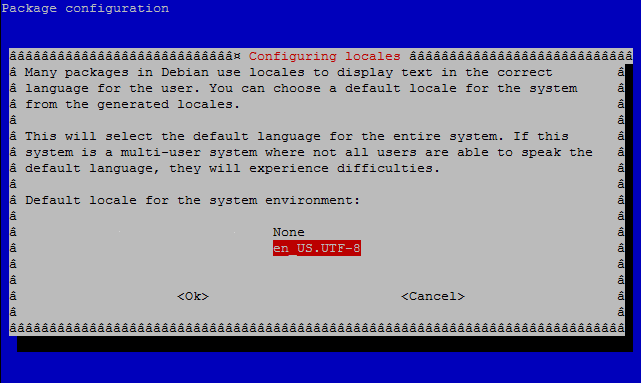 I then reconfigured the keyboard layout as follows:

The locale I just set gets used for this, and there is no output.

Finally, I set the timezone as follows:

Here, I selected Asia, and then Kolkata. 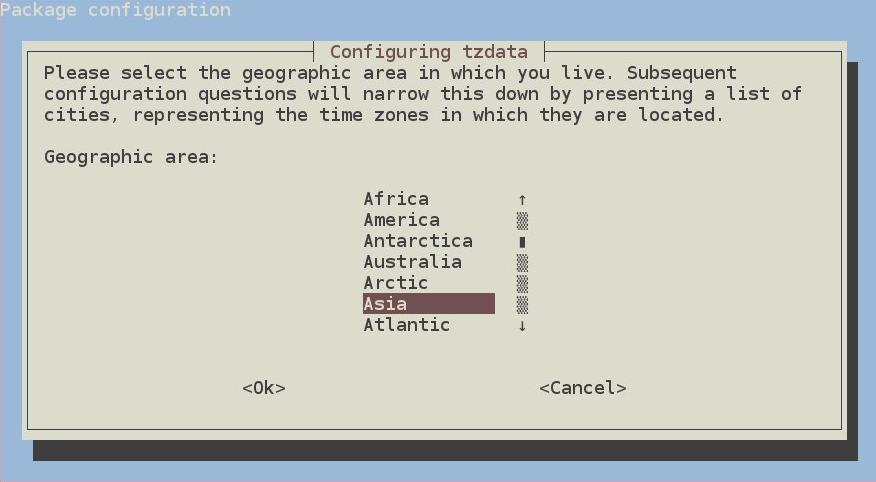 And that's about it!

So, I decided that I'd write a script that would run on the RPi, that would send me an email specifying the SSID and IP address as soon as it gets connected. I will talk about how I did this in my next post.

I look forward to your comments/feedback on my post.