For example, the roll of a dice is random and a discrete variable means the roll can only have 1, 2, 3, 4, 5 or 6 on a die and no values inbetween.

We denote probability mass functions with P, where we denote a PMF equation as P(X = x). Here x can be a number on the dice when X is the event of rolling the dice. 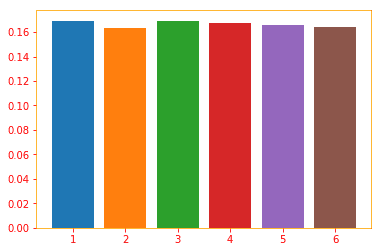 To be a PMF on a random variable x, a function P must satisfy the following properties: 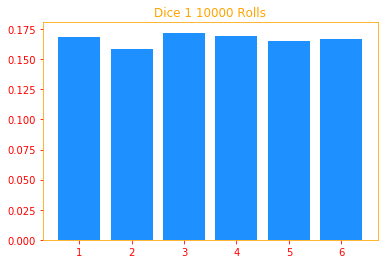 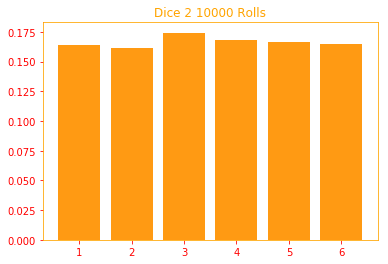 Let's play a game shall we, what if I ask you to guess the integer that I am thinking of between 1 to 10, regardless of the number you pick, the probability of each of the options is the same (1/10) because you have 10 options and the probabilities must add up to 1.

But what if I told you to guess the real number I am thinking between 0 and 1. Now this gets tricky, I can be thinking of 0.2, 0.5, 0.0004 and it can go on and on and the possibilities are endless. So we run into problems like how are we going to describe the probability of each option since there are infinite numbers. This is where PDF comes to help, instead of asking the exact probability, we look for a probability that is close to a single number. 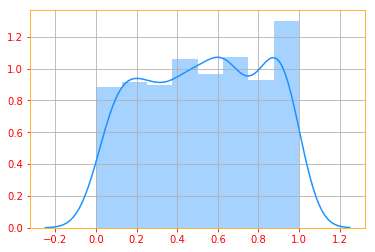 To be a probability density function, a function p must satisfy the
following properties: 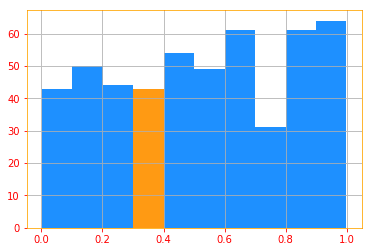 We can integrate the density function to find the actual probability mass of a set of points. Specifically, the probability that x lies in some set S is given by the integral of p(x) over that set ( ∫_[a,b]p(x)dx )

From here onwards, we will be using TFP distributions module often and we will be calling it as tfd (=tfp.distributions). So, before getting started, let me explain a few things about the module.

The TF Probability uses distribution subclasses to represent stochastic, random variables. Recall the first cause of uncertainty, inherent stochasticity. This means that even if we knew all the values of the variables' parameters, it would still be random. We would see examples of these distributions in Section 9. In the previous example, we created the distribution using a random variable but extracting samples from it and manipulating those will not be as intuitive as it would when you are using the tfp distributions library. We usually start by creating a distribution and then when we draw samples from it, those samples become tensorflow tensors which can be deterministically manipulated.

Some common methods in tfd: 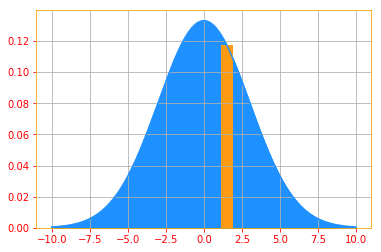 You can read this section and the following topics:

at Deep Learning With TF 2.0: 03.00- Probability and Information Theory. You can get the code for this article and the rest of the chapter here. Links to the notebook in Google Colab and Jupyter Binder are at the end of the notebook.

Once suspended, mmithrakumar will not be able to comment or publish posts until their suspension is removed.

Once unsuspended, mmithrakumar will be able to comment and publish posts again.

Once unpublished, all posts by mmithrakumar will become hidden and only accessible to themselves.

If mmithrakumar is not suspended, they can still re-publish their posts from their dashboard.

Once unpublished, this post will become invisible to the public and only accessible to Mukesh Mithrakumar.

Thanks for keeping DEV Community 👩‍💻👨‍💻 safe. Here is what you can do to flag mmithrakumar:

Unflagging mmithrakumar will restore default visibility to their posts.