I have been using Azure DevOps for a while. Like most of the cloud products out there this is one which gets a constant refresh. My plan is to document the steps for building, testing, and deploying an app to Azure Kubernetes Service using Azure DevOps. So let's start. 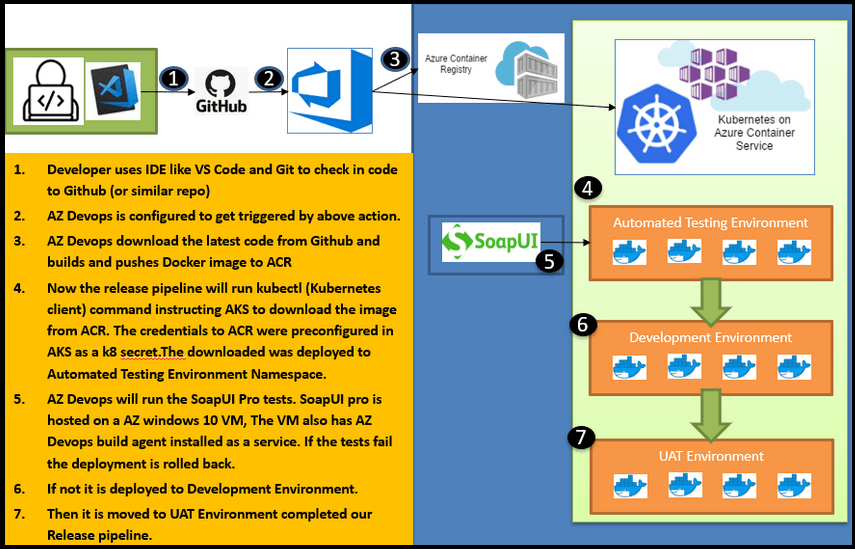 What I got is a simple .NET Web API project. And below is my Dockerfile. 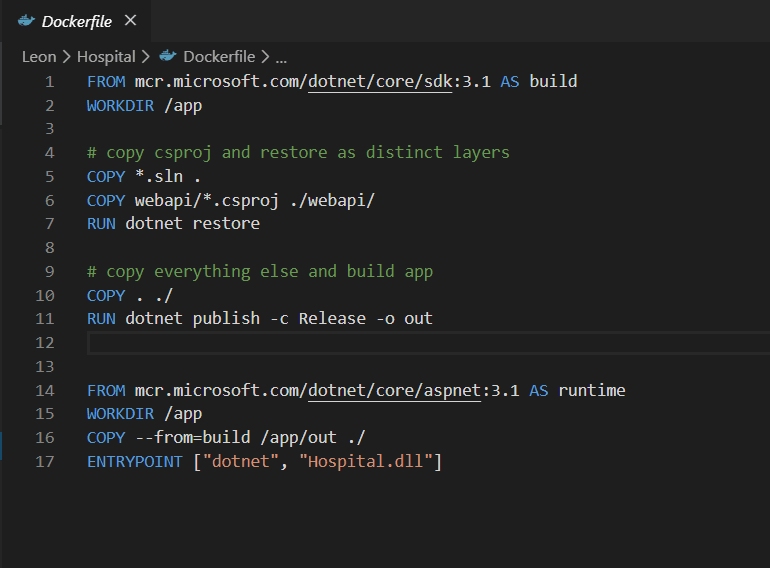 2) My Github link to project

This is the repository where the Docker image is hosted. Below is a screenshot of the Azure Container Registry from Azure Portal.

Now that we have talked about the prerequisite required we will get right to it. We will walk through how we configure Azure DevOps to build and push Docker image to the registry and then deploying that image to AKS and running integration tests against it using SoapUI Pro

So we will create 2 pipelines in Azure DevOps. (Details below).

At the end of the build pipeline the expected output is to have a new Docker image in Azure Container registry. This will be the artifact we will deploying to AKS as part of the release pipeline.

Below is the build pipeline's YAML file.

Before talking about what is happening in above pipeliene; it maybe better to look at Azure Build Pipeline hierachy first.

OK now that the pipeline hierarchy is clear; let's go back to the original build pipeline I have above. In that we have only 1 Stage called UnitTestBuildAndPublish. But there are 3 jobs within it.

On whether the jobs run in sequence or in parallel. By default, they run parallel. But in the above YAML file you may notice the "dependsOn" tag under each job. You will note that the Build job "dependsOn" Unit test project to complete. And Prepublish job "dependsOn" Build Job. So in essence they are executed in a sequential manner.
So the Sequence is UnitTest > Build(&Push Docker Image to Registry > Prepublish

Variables in above build pipeline.

Below is the screenshot of my release pipeline tasks page. As you can see I am using two Agents. 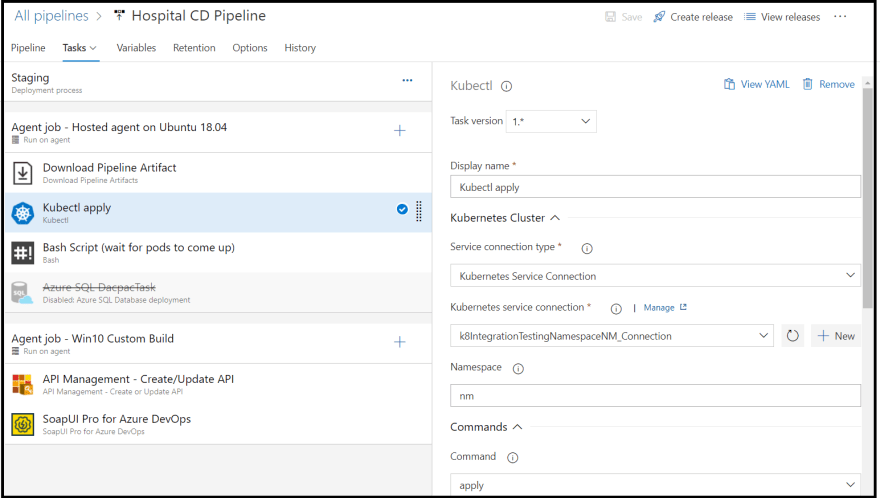 So the first step is to Download the Pipeline Artifact. We need this for the K8 YAML file. In the Build pipeline we have updated the ##BuildID## placeholder with the real tag of the image that was pushed to ACR.

The above command confirms that the services and pods are deployed in that namespace.

This is more of a hack I put in there. This task just sleeps and holds the pipeline for a few seconds. I wanted to ensure that the Pods are given enough time to be up and running. This is required because if the Pods are not Up SoapUI Pro will fail all the tests.

This is for database deployment. I am not doing anything currently for this project. That is why it is in a disabled state. But this is the task you would use to run the DDL and DML statements against your Azure SQL.

This is a task, I got from the marketplace which helps me deploying API definitions to Azure API Management. It accepts OAS 3.0 definition that I build using Swagger editor. Below is my API definition.

After all of the above steps are completed; it is time to do the integration tests. And make sure everything is complying. SLA will be met. We didn't break anything.
Once the tests are completed SoapUI exports some of the reports to Azure DevOps. Below is one such report. 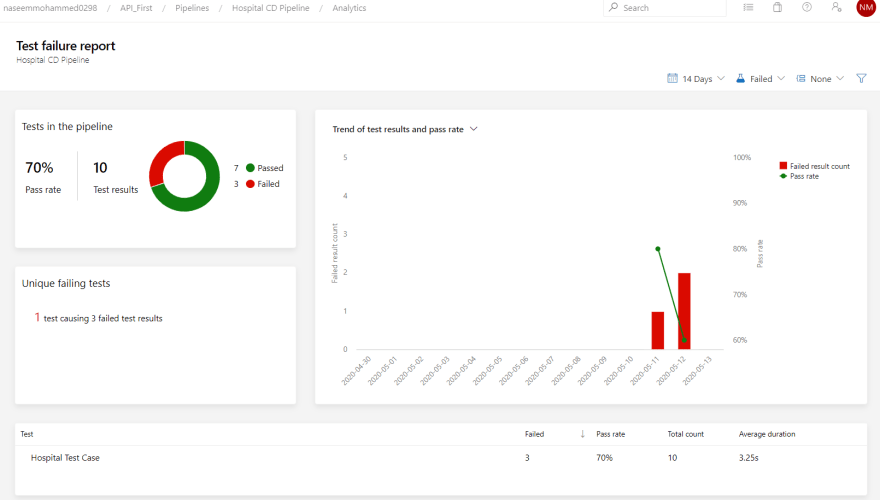 Once all the test passes; we can promote the deployments to higher environments. This too can be automated nicely in Azure DevOps. Each environment is called stages and we can add Manual Approver too as part of environment promotion. Below is a screenshot of the stages graphic that Azure DevOps provides.

AWS Just Announced that the Future is Serverless at re:Invent — Day 3