In this article I will be giving you an introduction about JWT.

JWT (Json Web Token) is an open standard that defines a compact and self-contained way for securely transmitting information between parties as a JSON object.

When should you use JWT? 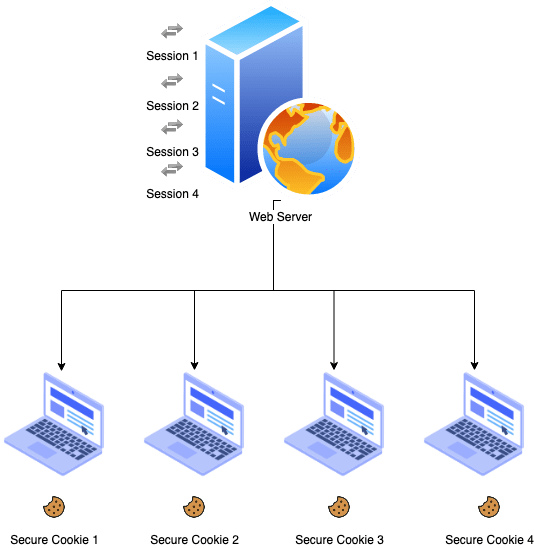 In JWT implementation we use JWT to authorise the users, once the users logged-in into the application will generate a unique JWT for every authenticated user. We save the token in local storage or cookie in the browser, but we don't save anything on the server side .With every request the token is sent to the server to be decrypted and validated to verify that the user is authorised, if the token is manipulated in anyway its rejected 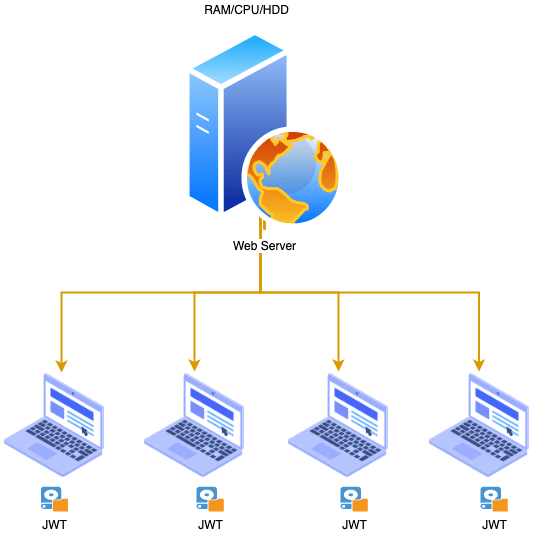 These implementations are fine for small sites, but we can already see some benefits in JWT by reducing the load from server since we are not storing the session id anymore. 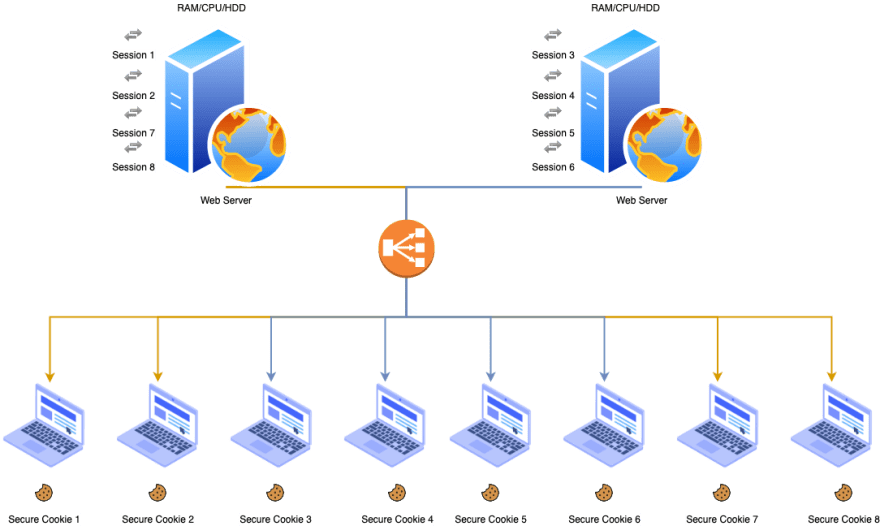 We need to have a new server connected to a load balancer to navigate traffic between web servers based traffic and availability. This implementation introduce a new a new problem for us, which is the following

What happens if user 1 has logged in with server 1 and server 1 has saved the session in its memory, when user 1 makes another request and the load balancer redirects the request to server 2 and server 2 doesn't have that session information saved.

The user would be logged out of the application and be asked to sign in again, which is not a good user experience. The way we fix this but introducing cache 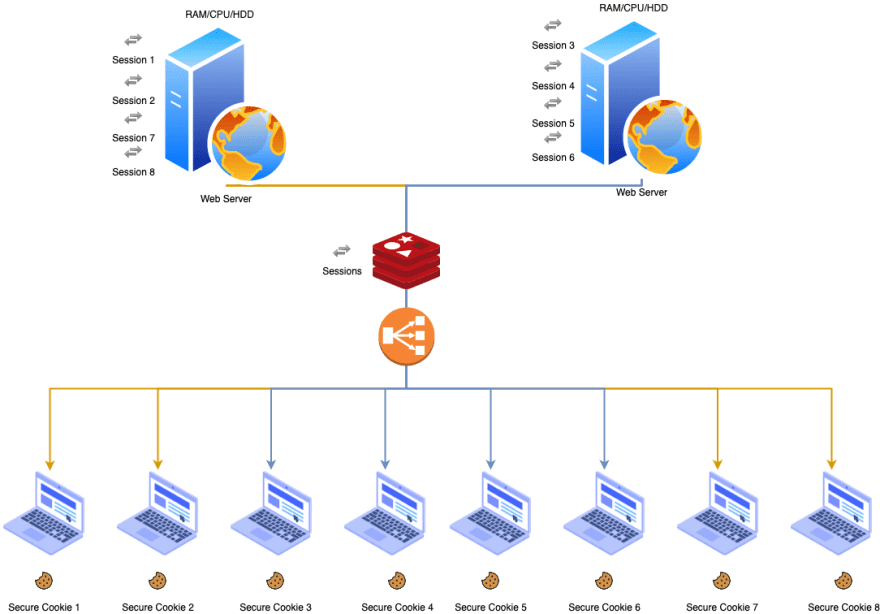 All sessions now will be saved as well in the cache, so either servers can check if this session exist and can utilise it to verify the user and grant them access to the application.

Instead of using session ids in cookies and session matching in the server memory; we can use JWT to do this instead. So when the user sign in to our application the server will not generate a session id and save it in memory instead it will create a JWT token and it will encode and serialise it and signs it with its own encryption mechanism. This way the server will know if it got changed or manipulated it will become invalid. And this is being checked since it has been signed by the server encryption mechanism. 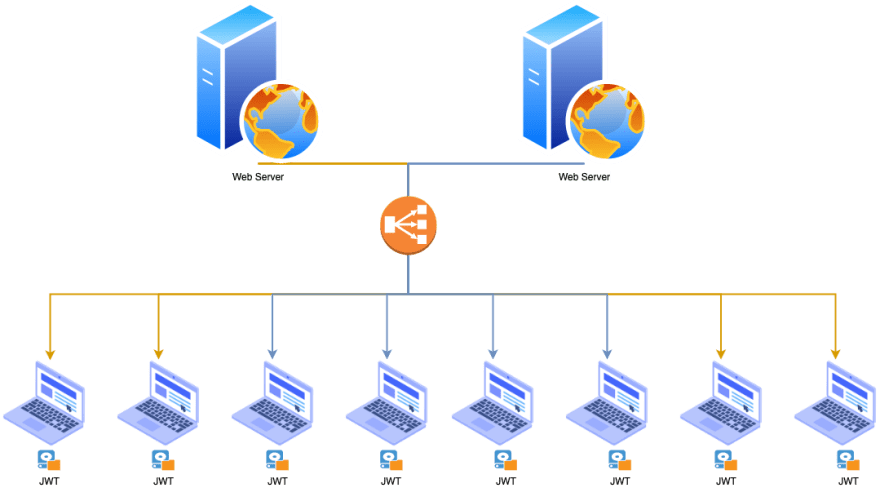 Scalability is much easier to manage with JWT as we don't require the server to handle any session checks or cache check. Requests can go to any server the load balancer assign it without the need to worry about session availability. Incase 1 server fails all tokens will still be valid as the encryption mechanism is the same on all servers.

Let us do a quick summary on JWT vs SessionId 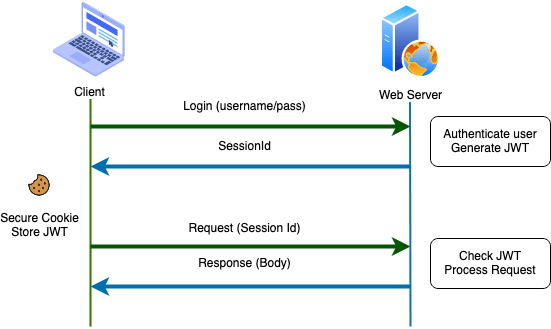 JSON Web Tokens consist of three parts separated by dots (.), which are:

Then, this JSON is Base64Url encoded to form the first part of the JWT.

The second part of the token is the payload, which contains the claims. Claims are statements about an entity (typically, the user) and additional data. There are three types of claims: registered, public, and private claims.

An example payload could be:

The payload is then Base64Url encoded to form the second part of the JSON Web Token.

Do not put secret information in the payload or header elements of a JWT unless it is encrypted.

This will allow us to verify that the token is valid and no changes has been done to it. The way it works it takes the first 2 parts of the token, it will encode the header to base64 and do the same for the payload. Then it will concatenate it with a "." so that way we have all of the data that we have shared with the user.

Then it will take the algorithm provide and apply it on the first part. If the result of hashing the first couple of parts match the 3rd section of the token it means the JWT is valid. if it didn't match it shows the token has been edited and its invalid.

The signature is used to verify the message wasn't changed along the way, and, in the case of tokens signed with a private key, it can also verify that the sender of the JWT is who it says it is.

This works alot similar to password hashing, where we have 2 parts that are combined and we are using certain algorithms to do 1 way hashing, and then we are comparing the outcome of the hash together to see if they are valid or not.

So now lets discuss JWT in more details, first how JWTs can be signed by

Signed tokens can verify the integrity of the claims contained within it, while encrypted tokens hide those claims from other parties.