You may have wondered before why do I need to learn algorithms? You can solve problems without learning any algorithms, so why do you need to learn them!...Let's find out what algorithms are and why they are important!

For example, this is a simple algorithm to sum all numbers from 0 to n (n is a positive integer):

Now that we know what an algorithm means, let's answer our question why learn it!?

Algorithm is a way of thinking, it's teach how to solve problems and how to think like a computer. This is what we need to learn in programming, we need to learn how to think and how to solve problems and not just how to write code how to use languages and other technologies, in the end, languages ​​and technologies are just tools for implementing ideas and solutions. 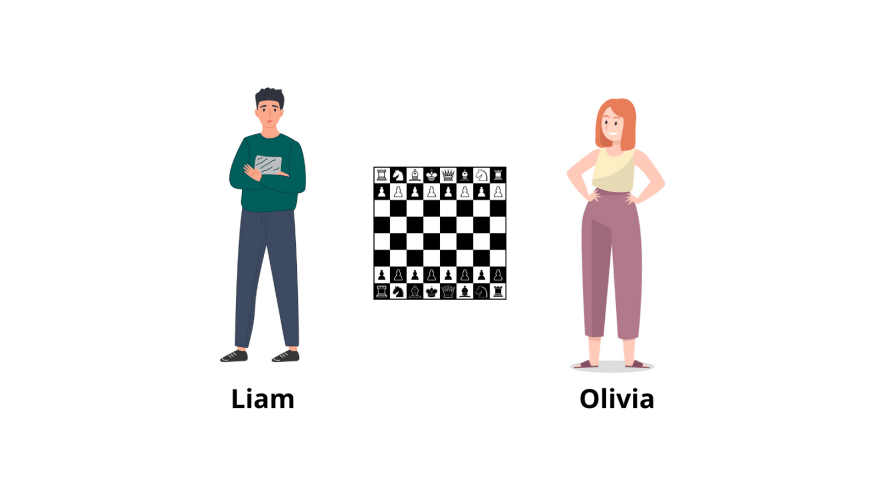 Now who do you think has the most chance of winning?

Well, Olivia would be much more likely to win than Liam. Because Olivia has learned how to think, not just how to move pieces.

It's almost the same in programming, developers who have learned algorithms will solve problems faster than developers who have only learned to use technologies. Maybe if you are dealing with small programs and small data you will not feel the importance of algorithms, but if you start dealing with complex and large programs and large data, algorithms will inevitably become very important.

Mohamed Sellami
front-end web developer | JavaScript
Why does adding to the beginning of an array require more work than adding to the end of an array!?
#datastructures #array #programming #codenewbie

Once suspended, mohamedsellami will not be able to comment or publish posts until their suspension is removed.

Once unsuspended, mohamedsellami will be able to comment and publish posts again.

Once unpublished, all posts by mohamedsellami will become hidden and only accessible to themselves.

If mohamedsellami is not suspended, they can still re-publish their posts from their dashboard.

Once unpublished, this post will become invisible to the public and only accessible to Mohamed Sellami.

Thanks for keeping DEV Community 👩‍💻👨‍💻 safe. Here is what you can do to flag mohamedsellami:

Unflagging mohamedsellami will restore default visibility to their posts.