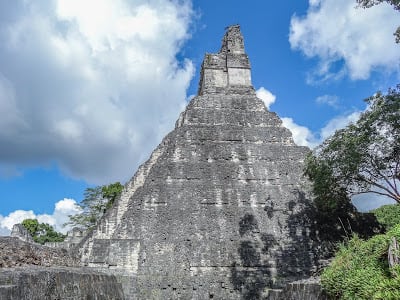 After spending the best part of a year and a half of Sunday's writing and editing a book on the subject of front-end development, you can only imagine the angst I felt when I read "The title 'Front-End Developer' is obsolete." on an RSS feed.

Clicking through to the article I was a little mollified that Chris Coyier (who I ended up referencing extensively) wasn't in agreement with the original Tweet. Still, he notes that the profession has changed significantly over the years, if not months/weeks/days/hours (it is sometimes hard to keep up). Even the author of the Tweet seemed to be railing at the focus on JavaScript rather HTML and CSS. Back when I discovered that the front-end trinity of HTML, CSS and JavaScript now sheltered under the umbrella term of Web Fundamentals, I didn't realise quite how much room JavaScript would end taking up, sometimes even pushing HTML and CSS into the rain.

I guess that's because JavaScript isn't just a simple technology anymore. Frameworks have moved in, sometimes whole new languages like TypeScript have barged in like they own the place! HTML is even being nudged out of the way by JSX and don't get me started on CSS-in-JS (though I do sort of like it TBH). JavaScript's getting all greedy like some crazed Abzorbalovian (go on, Google it). Except it's not all charming like Peter Key, but perhaps I'm being disingenuous with this analogy: JavaScript itself isn't at fault; instead, it's developers.

I think that some frameworks, with their use of static typing (yeah, I'm looking at you Angular), do so to ease the movement of "proper" developers into the front-end. Instead of having to dirty their hands with markup and fuzzy and oft-times ill-supported CSS, developers can instead code up beautiful, statically typed, TypeScript. TypeScript which their transpilers gob out as ugly old JavaScript that they never have to look at in its raw state, all shivering and misshapen. Then some others (yeah, you React, you with your JSX (which I sort of quite like too TBH)) shuck the whole HTML shebang altogether and instead use an extension of JavaScript that looks like but isn't HTML. I guess this situation is only going to get worse as developers start casting their eyes over the charms of WebAssembly.

But what a shame, I can understand why it happened though, JavaScript has come ever such a long way of late and some of us just didn't notice. This evolution started with ES6, and the standard is only improving; native modules is a revelation (just a shame I don't code for ever-green browsers). Frameworks are fun but do we still need them all that much? And CSS, oh goodness me, CSS! I'm working with such a skilled CSS maestro (yes, you Daniel Martínez) that I sometimes look at the things he has crafted, and that I was just about to implement in JavaScript, and boggle. It almost feels like, just as CSS was starting to give us just what we wanted, we decided to throw it away in preference for - not even JavaScript - TypeScript.

TypeScript eh? Static Typing, eh? What if I like playing all fast and loose with variables and embracing the whole truthy/falsy nature of the language? Sure it can catch out young 'uns (and old 'uns too sometimes, but that's why we have ===), but that's fun as well as it can sometimes lead them to moments of delight!

And don't get me started on developers re-inventing the wheel with Web Components! Don't get me wrong, Web Components rock, and a better melding of HTML, CSS and JavaScript you couldn't hope to find, but they sometimes go well overboard, and they're not quite there yet either as they rely on other things. I read an article today about select inputs and their alternatives, except that the alternatives were mentioned far before the native implementations were, and it was only in the closing paragraph that the reader was encouraged to use native selects. Browsers and HTML are smart! Embrace that smartness and don't spend ages importing something (and it's related dependencies) when you've got the tools to hand already.

But this isn't a rant about frameworks; this is more a gentle reminder to those developers who get lost in the joys of pure code (something I'm also guilty of (that link is 10 years old!)). Look up every once-in-a-while and check what's going on around you. Ever-green browsers are very nearly the norm (March 2020 sees IE11 making up just 2.39% of the Web Browser Market Share), and you don't need to worry quite so much about supporting it. Enjoy modern CSS, read a couple of articles about CSS animation, play with some SVGs and read the MDN on HTML5!

Bring HTML and CSS back under the umbrella! Triangles are the strongest shape, after all. Walk like an Egyptian (cue The Bangles)!