As frontend developers we are constantly adding and releasing new features or fixing bugs as per business requirements, and it's hard to keep vigilance on the security side of things. It has become a secondary concern and we are far behind the backend and Devops engineers for whom this is a primary and regular part of their thinking in development process. Today security attacks are on the rise and we need to take measures from both server side and client side before its too late.

In this post I will go through another type of XSS attack and how to defend against it.

Another instance is when someone search for a search term, say tesla in their favourite search engine https://www.dooble.com/search?q=tesla.

Imagine if the search term tesla displays above the search results extracted from the search term in the URL, a hacker can possibly replace the tesla parameter in the URL with malicious script, and have that script code execute whenever anybody opens that URL in their browser (Most search engines are possibly protected against this).
An attacker could then email the URL with the malicious code as a link to a victim, or trick a user into visiting with the URL through a form. On clicking the link the user is then taken to the vulnerable web site, which reflects the attack back to the user’s browser. As it came from a “trusted” server, the browser executes the code.

When the injected script is reflected off the web server as above, we call this type of attack a reflected cross-site scripting attack.

The prevention for these type of attacks is again to escape the HTML by replacing its special characters with their corresponding entities. 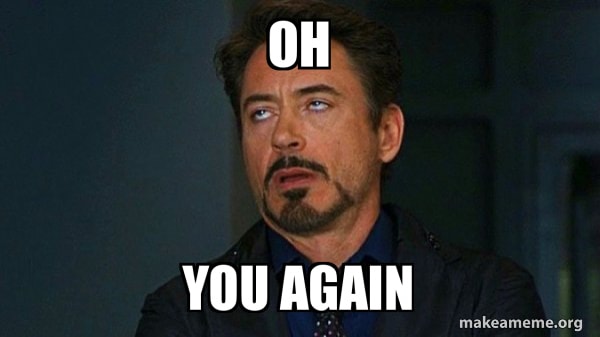 I mentioned earlier that most modern UI frameworks protects against XSS (make sure you read the security recommendations in the framework's documentation) and also about the javascript function encodeURI() that encodes URI's.
This function encodes special characters except ,/?:@&=+$#'.

You may as well look into the function encodeURIComponent() which encodes strings that is part of a URI.

Both these functions does not escape the ' (single quote) character, as it is a valid character for URIs.

The ' character is commonly used as an alternative to "(double quote) for HTML attributes, e.g. href='MyUrl', which may introduce vulnerabilities. As it won't be escaped, input that includes it, will break the syntax resulting in an injection.

If you are constructing HTML from strings, either use " instead of ' for attribute quotes, or add an extra layer of encoding (' can be encoded as %27).

Edit: Note: Avoid use of escaping like \" because the quote character runs first by the HTML attribute parser. This kind of escaping is vulnerable to escape-the-escape attacks where the attacker may add \" and the code will turn that into \\" which will ultimately enable the quote.

It is also recommended to use npm libraries like xss-filters and DOMPurify which provides filtering of unsafe characters.

Note that xss-filters comes with some warnings, read it here.

When using validation on forms, try to use npm packages similar to validator.js to sanitise the string inputs.

In the next post I will be going through the next type of XSS attack, DOM based XSS attack and how to defend against it. Stay tuned!

Once suspended, ms_74 will not be able to comment or publish posts until their suspension is removed.

Once unsuspended, ms_74 will be able to comment and publish posts again.

Once unpublished, all posts by ms_74 will become hidden and only accessible to themselves.

If ms_74 is not suspended, they can still re-publish their posts from their dashboard.

Once unpublished, this post will become invisible to the public and only accessible to Mariam Reba Alexander.

Thanks for keeping DEV Community 👩‍💻👨‍💻 safe. Here is what you can do to flag ms_74:

Unflagging ms_74 will restore default visibility to their posts.