I was in a good place in 2016. My life was going according to plan. If there had been a checklist, I would’ve been checking off boxes with gusto.

As a pre-law student, I had dreamt of acing the Law School Admission Test, attending a top law school, and becoming a high-flying corporate litigator. Now, more than halfway there, the end was in sight. I was going to be successful, make my friends and family proud, and be happy.

And while I have no doubt there are plenty of perfectly happy lawyers out there, in 2016, while I was working at a legal non-profit and counting down the days to my first day of law school, there didn’t seem to be. The thing no one tells you when you grow up wanting to be a lawyer is that while the trek there may be challenging, it doesn’t become less demanding. The women lawyers I aspired to one day join the ranks of worked all week tirelessly and took their work home with them on weekends. While they made a significant impact professionally, it seemed to be possible because of sacrifices made elsewhere. The end in sight now looked bleak, and I became disillusioned with my chosen path.

I had been laser-focused on my future legal profession for so long that I had never allowed myself to consider other potentially rewarding paths. Accepting that this journey had taken a turn that no longer served me was the best thing I had ever done for myself. Because soon after, I was able to take a leap of faith to start again.

This time, in pursuit of a career in tech. Having never shown a particular interest in computers as a child, I probably seemed very unlikely to end up working with them. And yet, it’s because I’m one of the least likely people to have ended up in tech that I feel that it’s important to talk about how I ended up here. While my path to tech may appear non-linear, it wasn’t random.

The One Where Nahrin Learns to Code

Flashback to 2016, the Communications Manager at the legal non-profit I was working at had abruptly quit. In a constant effort to prove myself, I volunteered for tasks left, right, and centre—although I had no clue how to do most of them. Being optimistic about my ability to figure things out is one of my best traits and one that I often regret. As my employer struggled to fill the role, I found myself gravitating towards the more technical tasks: I learned to manage the database, design and disseminate communications, and update the website in a matter of weeks. And I was hooked.

I had started learning how to code after work with resources like freeCodeCamp.org and codeacademy. I enjoyed what I was picking up, and I knew I wanted to continue. I wanted to build, learn, teach, and create.

But how could I break into the tech industry? Could I justify going back to university and adding more debt to my already daunting student loans?

I decided to visit a reputable coding bootcamp in Toronto and left feeling more excited and optimistic about my future than I had in months. I figured it didn’t hurt to apply. I got accepted.

I quit my job and started the web development immersive program at Juno College of Technology (then HackerYou) in the spring of 2017. Nine weeks went by in a flash of classes, creating projects using new (to me) technologies, and interview prep. I graduated Juno College feeling empowered in knowing I was leaving with skills I could take anywhere. Even on the bad days now, I remind myself of that feeling, and I fall back in love with code all over again.

The One Where Nahrin Becomes A Professional Developer

A combination of luck and preparation got me a job offer soon after I began applying. I had done it!

Yet in my software development team, I was very aware of being an only: the only junior, the only person of colour, and the only woman. While I loved what my work entailed, I wished I didn’t so often feel like the odd one out.

The One Where Nahrin Finds Community

Mentors in my coding bootcamp had shared how valuable attending meetups could be, and now that I had free time again, I started attending them as often as possible. I found friends that I related to, role models that made me feel represented, and above all, a sense of community. 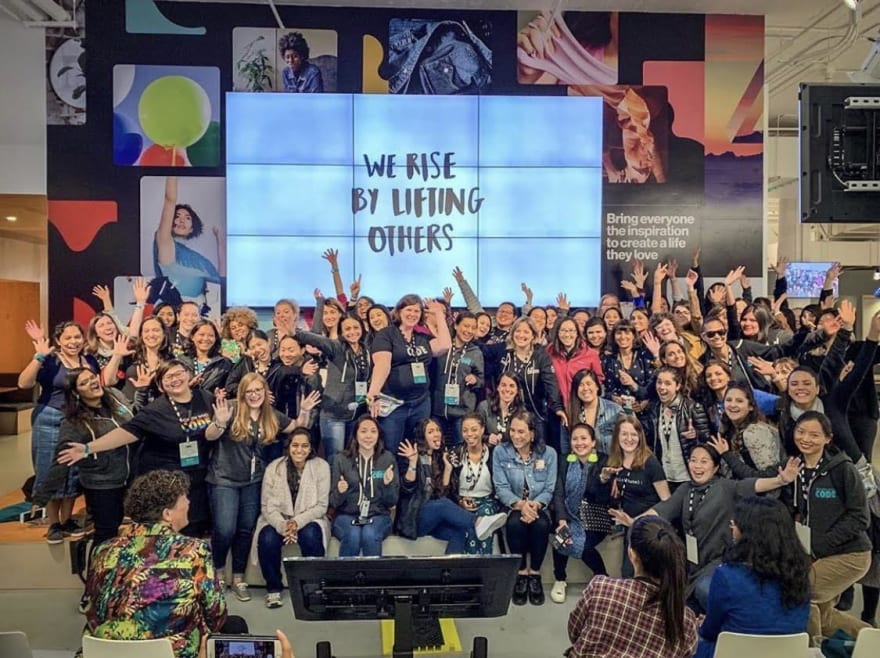 I am now a Lead for Women Who Code Toronto. We provide an avenue for women to pursue a career in technology, help them gain new skills and hone existing skills for professional advancement, and foster environments where networking and mentorship are valued. 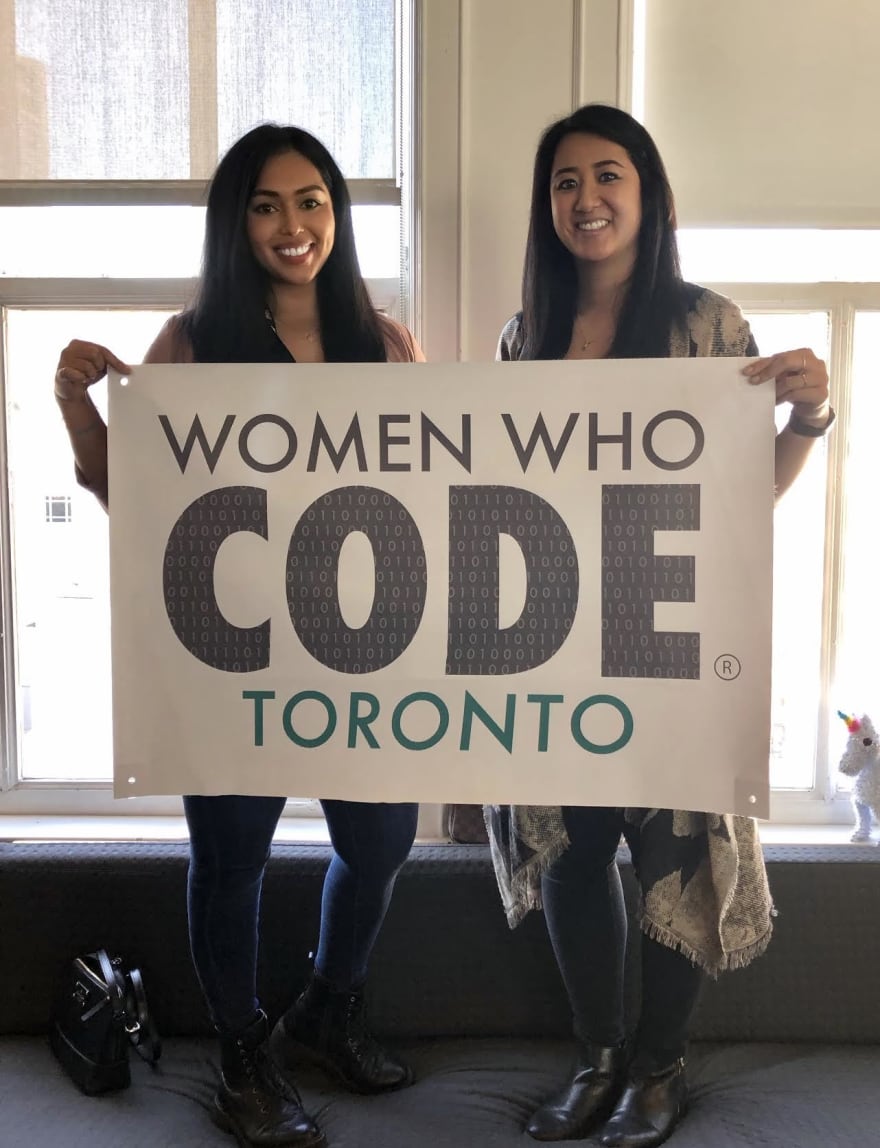 The One Where Nahrin Discovers A Love for Teaching

I strongly believe in giving back and paying it forward every step of the way. We always have something to offer, even when we’re just starting out! I had started volunteering as a mentor at Canada Learning Code workshops early in my bootcamp journey and carried this well into my first year as a developer. When approached with the opportunity to create an accessible technical education program, I took it. In mid-2018, I helped launch FemmTO at UforChange—a 12-week web development program offered to marginalized youth from underserved communities interested in pursuing STEM careers. In small classes, and through hands-on project-based work, our students develop technical skills and increased confidence. 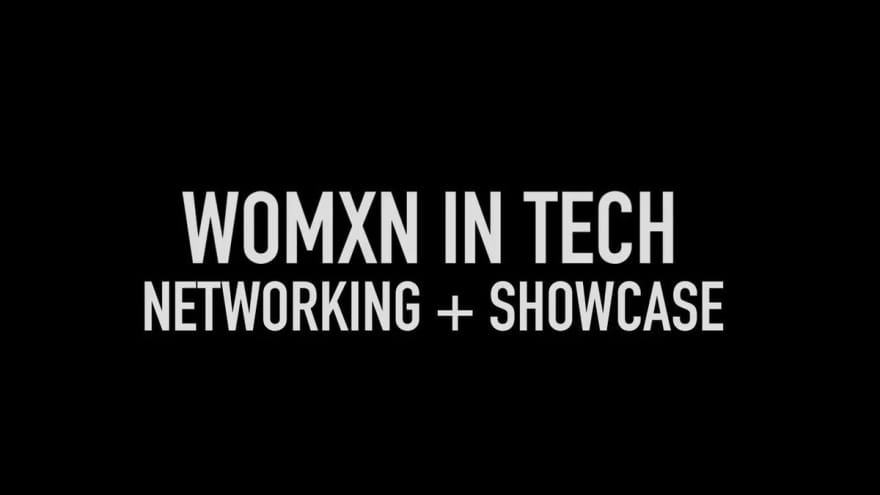 10 weeks ago I instructed my first web dev class at @UforChange - a program offered to female youth interested in STEM careers that are unable to pursue higher education due to financial restraints.

The One Where Nahrin Combines Passions

I’m now in the privileged position of being a Developer Educator at Vonage, where my work revolves around creating resources that help and inspire developers using our communications APIs. This role blends my passions for learning about cutting-edge technology, supporting communities, and advancing technical education—and I'm so excited to have landed here.

Parting advice: I understand the ability to take risks involves privilege, and there are many in circumstances that can’t afford to take big chances as I have. But when possible, I implore you not to settle. Don’t hold yourself back because you believe you’re not cut out for something. You’re not too old. It’s not too late. Always keep learning. Take risks. Don’t settle.

How to create an EyeDropper tool using JavaScript?

Best Library To Create Simple And Complex Forms In React

What is The Collab Lab?

Once suspended, nahrinjalal will not be able to comment or publish posts until their suspension is removed.

Once unsuspended, nahrinjalal will be able to comment and publish posts again.

Once unpublished, all posts by nahrinjalal will become hidden and only accessible to themselves.

If nahrinjalal is not suspended, they can still re-publish their posts from their dashboard.

Once unpublished, this post will become invisible to the public and only accessible to Nahrin Jalal.

Thanks for keeping DEV Community 👩‍💻👨‍💻 safe. Here is what you can do to flag nahrinjalal:

Unflagging nahrinjalal will restore default visibility to their posts.