That "AWESOME" was sarcastic in case it wasn't clear. It may be "the best thing to happen to my career", as said by a few higher ups, but that's not how it feels like right now; and as the silver-lining, it still doesn't mean much right now. Right now, I'm upset. Right now, I'm scared. Right now, I'm no longer one of the lucky ones I so happily called myself in my last article. 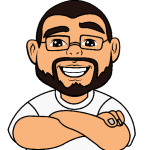 I've been at this a long time and I have nothing to show for it.

I can't get into the who or provide my opinion on the why but we've been dealing with layoffs for months now. The first wave came out of no where and rocked our department HARD. 20+ people gone, including my director. I thought I was safe. I figured this move was for the best. It was my time to shine, lets get it cracking. The second wave came with rumors and half truths, 160+ people gone. Wow. At least the worst had passed... nope. Then came outsourced support, to "help" us, since we lost so many people, obviously. We didn't buy it. I lie, most people didn't buy it... I did. I saw the logic behind it, I appreciated the passing my day to day support to someone else so I can focus on "development and innovation". I was so naive.

13 years... I would've stayed for life! I wanted to move up, run my own team and eventually the department. I looked for better paying jobs but I was never going to leave. Maybe that was the issue. I got too comfortable. But why shouldn't you get comfortable at a good job. This was my second home, I decorated my battlestation dammit!

I'm scared. I'm scared of whats out there. I'm scared of whats NOT out there. I'm scared I'm not good enough. I know for a fact I'm missing some "must have" skills as a front-end web developer. Our web team handle front-end development for static public sites and our programmers worked on applications using AngularJS and React. Meaning, I don't know React! I worked with the programmers on styling their AngularJS directives but that was about 3 years ago. Most front-end developments jobs want React or some other JS framework... I didn't learn it because there wasn't a need. Plus, I was too busy leading development and innovation for the CMS. I'm ROCK STAR at the CMS, I'm a ROCK STAR at using the Velocity Template Language to do all types of cool stuff on render so it still publishes as a static html page. I've even been doing remote contract work for another company using the CMS. I'm awesome! I'm awesome at this very specific, very niche, non mainstream type of work that isn't used often enough for me to find another full-time job. I'm so awesome.

Nando
I'm a father of two, husband of one and professional front-end web developer.
I got a job!
#culture #career #webdev
I've been at this a long time and I have nothing to show for it.
#culture #help #career #webdev

Once suspended, nandoblanco will not be able to comment or publish posts until their suspension is removed.

Once unsuspended, nandoblanco will be able to comment and publish posts again.

Once unpublished, all posts by nandoblanco will become hidden and only accessible to themselves.

If nandoblanco is not suspended, they can still re-publish their posts from their dashboard.

Once unpublished, this post will become invisible to the public and only accessible to Nando.

Thanks for keeping DEV Community 👩‍💻👨‍💻 safe. Here is what you can do to flag nandoblanco:

Unflagging nandoblanco will restore default visibility to their posts.