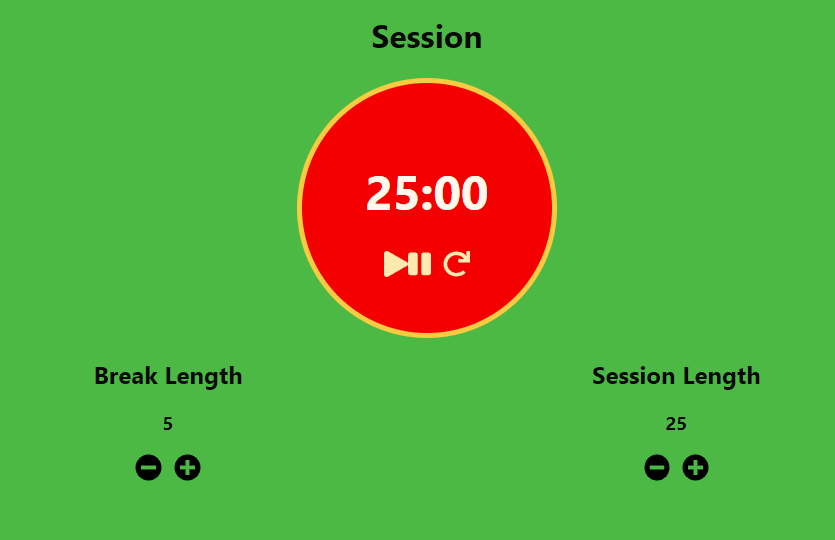 I picked up some new things while working on this project.

I found this string method useful when I was counting down to single seconds, but wanted them to display with a leading zero.

It takes a number and a string as parameters, then adds copies of that string to the start until the entire string length is equal to the first parameter.

Therefore my usage was second.padStirng(2, '0'), which adds zeroes to the seconds output to ensure it is always a 2 digit number.

To combat this, the setState method has a callback parameter. Here we can add behaviour that will happen immediately after isRunning is set to true. Calling the tick method from the callback made the timer start ticking as expected.

I wanted a way to get the timer to update every second. I was able to do this using the setTimeout Javascript method. This method takes a method as a parameter and a time in milliseconds. It then calls the method after the specified time. I could put this in a loop to do it the number of times defined in the session length.

There is also a setInterval method which works similarly, but happens an infinite number of times or until clearInterval is called.

I needed to play a beep sound when the time runs out. A new HTML element was added in HTML5 that does what I need. The <audio> tag allows the user to specify a source, then there are DOM methods, that allow playing, stopping and restarting the source audio .

I couldn't directly access the audio element in my React component to use its methods. To get around this we can use refs. We create a ref variable in the component:

and attach this to the audio element:

Now we can call the audio methods on this reference within the component's lifecycle:

Importing a script into a React component

I wanted to test my solution using a script file that FreeCodeCamp had provided. I did not know how to directly add a script file in. I initially tried adding a script tag to the render method, but this did not run the script. I then discovered that I needed to add it into the document during the componentWIllMount stage of the life cycle:

This was a great project to get some more practice with creating custom components and I also learnt quite a bit about how to implement timers.

You can see the app running here

Once suspended, natravenhill will not be able to comment or publish posts until their suspension is removed.

Once unsuspended, natravenhill will be able to comment and publish posts again.

Once unpublished, all posts by natravenhill will become hidden and only accessible to themselves.

If natravenhill is not suspended, they can still re-publish their posts from their dashboard.

Once unpublished, this post will become invisible to the public and only accessible to Nat Ravenhill.

Thanks for keeping DEV Community safe. Here is what you can do to flag natravenhill:

Unflagging natravenhill will restore default visibility to their posts.