I've discovered Docker recently. I know... it's been there for a while, but I've never added it to my workflow until very recently and I'm quite happy with the solutions it gives me to the problems I have. I'm still a newbie with it and enjoying a lot what I'm learning.

One of the things I like about Docker is that it allows me to carry the stack definition I want for my project between different computers and reduces a lot the amount of effort I need to setup my dev env when I'm playing with some side projects.

This article is meant for Docker newbies like myself who need to solve this fairly common web development problem.

HTTPs and domain names in development are important

Making sure that your development environment looks similar to your production one is important. It helps reducing unexpected issues when going live.

I've used nginx in the past for this and it is still a very solid solution. But in development and just for a simple development reverse proxy I prefer to use traefik these days. Mainly because it works pretty well with Docker.

In addition to that, to simply generate signed certificates in development I use mkcert, which is super simple to use. Many also propose and use Let's Encrypt and traefik itself has some support for it, but we won't use in this example.

Stop it already! what do I need?

Finally kudos to my mate gtrias for showing me what I can do with Docker! 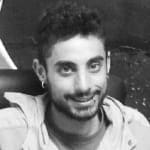