This series is dedicated to the state of JVM desktop frameworks. After having had a look at Swing the previous week, this post focuses on the Standard Widget Toolkit.

SWT originates from Eclipse project, an IDE. For Eclipse, the developers built a dedicated framework to build their graphic components upon. Swing and SWT have widely different designs. Swing implements the drawing of widgets in Java from scratch. On the opposite, SWT is a thin wrapper API that relies on native graphic objects. This has two main benefits:

There's one guiding principle behind SWT: because it depends on native graphic objects, every component requires a "parent" object as its first parameter. The parent is the object the child will be drawn onto. Every SWT component's constructor takes the parent as its first argument. 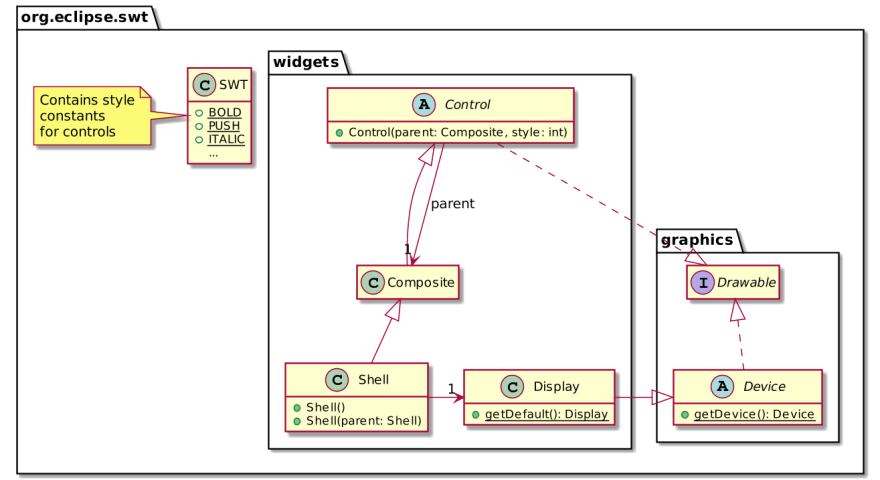 SWT has some peculiarities, most of them related to its design based on system libraries.

SWT provides a JAR for each mainstream operating system e.g. Windows, Mac OSX, etc. For example, this is the Maven dependency for my laptop: 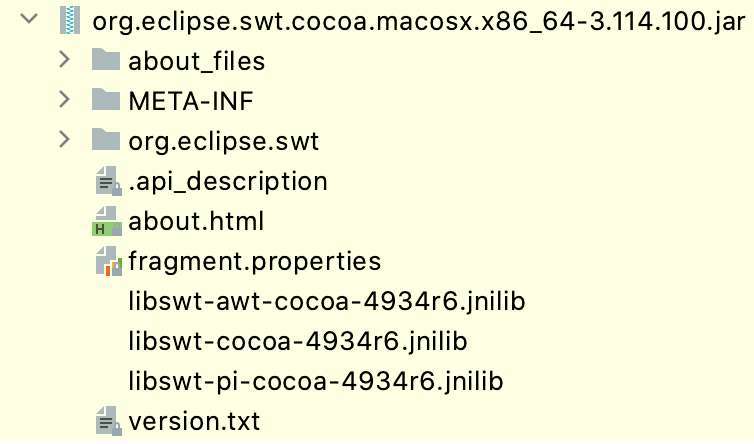 Swing provides an event control loop out-of-the-box. This is not the case with SWT. We need to copy-paste the following code into each of our applications:

Both windows and dialogs are represented as Shell instances in SWT. The top-level window requires no parent and thus Shell offers a no-arg constructor. But since Shell is a graphical control, all its parent classes do also offer such a constructor. Those constructors have an empty body and calling them doesn't do anything.

Here's an SWT sample displaying a label, a text field, and a button in this order:

As seen in the previous snippet, the styling of widgets happens during their instantiation. Those styles are coded in the SWT class in the form of style bits:

Note that the constructor of Control takes a Composite instance, which itself is a subclass of Control. This circular dependency is bound to within the same package.

SWT concerns itself only with the widgets and their rendering. As opposed to Swing and JavaFX, it has no concept of data model: you need to manage the data yourself. It's manageable for 0-D data e.g. text fields and even for 1-D data e.g. list boxes. For 2-D data i.e. tables, it's a lot of trouble.

For this reason, most graphic frameworks introduce a model abstraction between the component and the data it manages. For example, Swing has JTable and a TableModel.

Eclipse delivers the JFace library, which provides a data model abstraction over the SWT API among others. For example, for tables, JFace has the TableViewer class. At its core, every JFace viewer class wraps an SWT control. 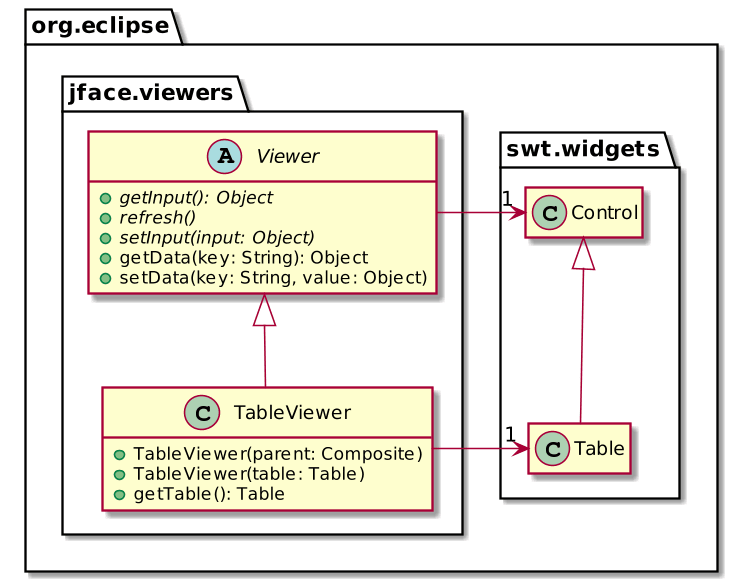 The Viewer class has a rich type hierarchy to handle data of different dimensions. IStructuredContentProvider provides multiple rows of data such as those found in tables. Because the API was designed before generics, there's a runtime check at the StructuredViewer level to verify the type of the set IContentProvider. Moreover, StructuredViewer also provides sorting, filtering, and "decorating" capabilities. 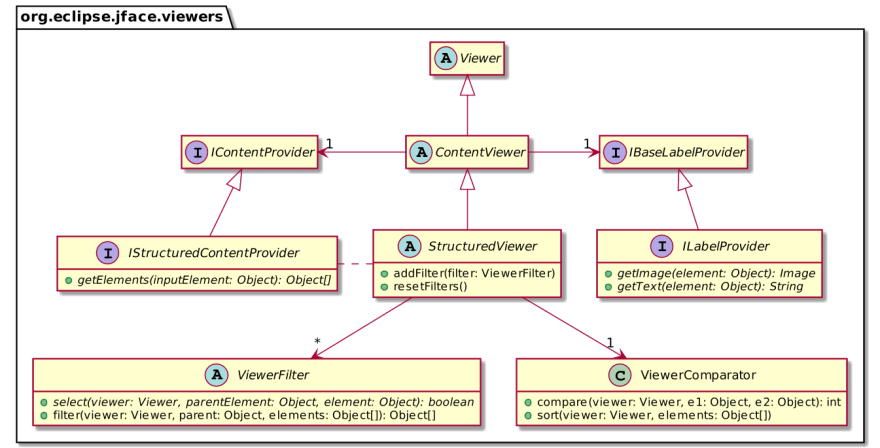 Note that there's a library that manages two-way data bindings between the model and the control: JFace Data Binding. I couldn't find a compatible version though.

There's no denying SWT success. Not only Eclipse uses it, but some software also do.

SWT provides a fully native look-and-feel GUI. On the good side, it means that applications behave natively. On the flip side, there's a cost associated with this capability though:

Thanks a lot to Benjamin Muskalla for his offer to review this post.

The complete source code for this post can be found on Github in Maven format.

Originally published at A Java Geek on January 24th 2021