Please visit https://nnote.io/s/x4od5/react-18-with-vite-and-vercel for the latest updates for this article.

The new version of React - React 18 alpha has just come out. From ReactJS.org:

This tutorial will demonstrate a step-by-step guide to create your project using React 18 alpha, Typescript, Vite and deploy it to Vercel (freemium).

Run this command to create your new project:
(Vite is a code generator similar to CRA but it takes < 1s to launch dev mode versus > 45s using CRA)

As @types/react doesn't understand the new React 18's APIs or types yet, we need to update "tsconfig.json" file: after "jsx": "react" add:

Then run the new project:

And that's it! We have React 18 up and running with Typescript! Ready to rock. 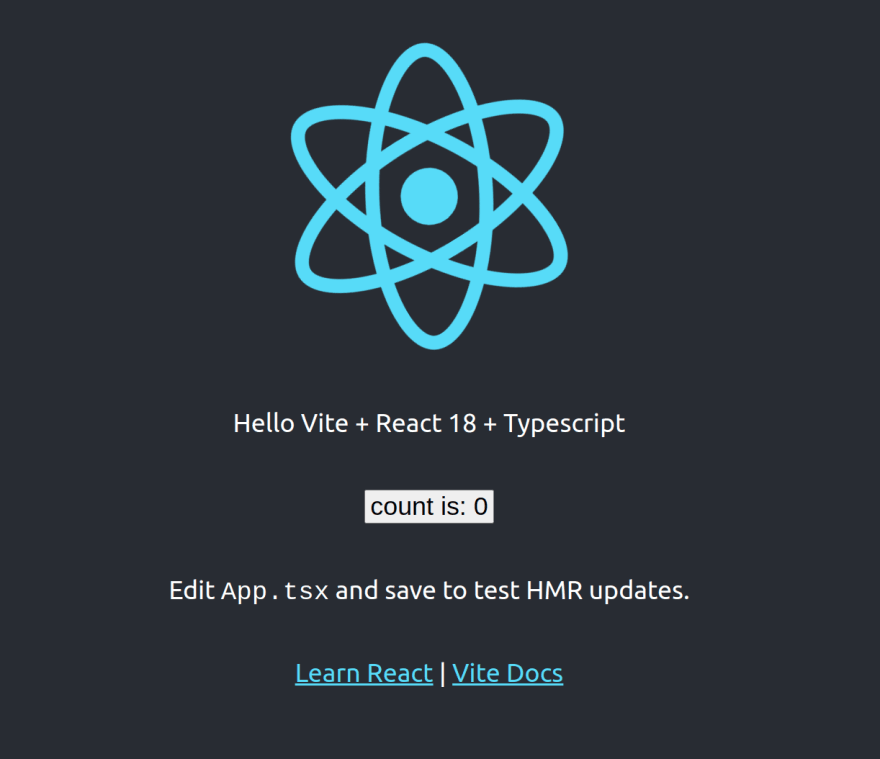 First, we need to build this project:

Then deploy the build (dist) directory to Vercel:

Now, visit the link https://react-18-ts-vite-app.vercel.app, we should have the app up and running there: 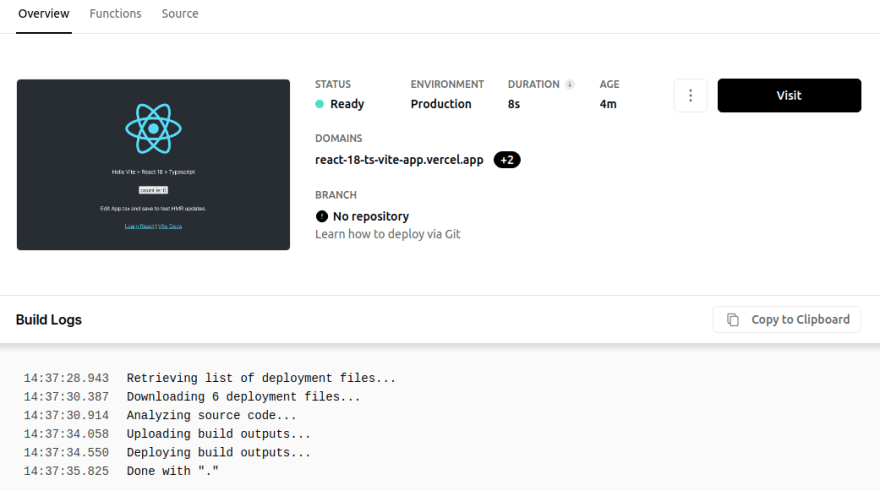 Once suspended, ngduc will not be able to comment or publish posts until their suspension is removed.

Once unsuspended, ngduc will be able to comment and publish posts again.

Once unpublished, all posts by ngduc will become hidden and only accessible to themselves.

If ngduc is not suspended, they can still re-publish their posts from their dashboard.

Once unpublished, this post will become invisible to the public and only accessible to Duc Ng.

Thanks for keeping DEV Community 👩‍💻👨‍💻 safe. Here is what you can do to flag ngduc:

Unflagging ngduc will restore default visibility to their posts.