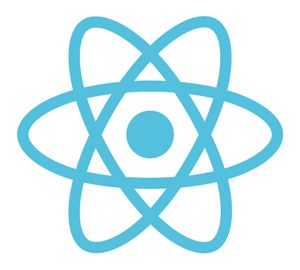 This is the third post of my react hooks series. If you haven't looked at the first two, follow the links below to look at them.

A hook is a function which enables you use state and other react features without writing ES6 classes.
useEffect hook is part of the react hooks API. If you are familiar with react life cycles, useEffect hook is equivalent to life cycle methods componentDidMount, componentDidUpdate and componentWillUnmount combined. In fact, according to the React documentation on Hooks, useEffect hook was developed to address some of the challenges posed by life cycle methods of ES6 class components. Since this post is about what effect hook is and how it is used, i won't go into why it was developed. You can look at it Here.
In React functional components, we perform side effects such as fetching data from an API or manually updating the DOM inside the useEffect hook.

What arguments are passed to useEffect hooks?

The first argument, called effect, is a function which either returns a function (called cleanup) or undefined. effect is executed when the component is mounted (on first render) and whether it is executed in subsequent updates is determined by the array of dependencies passed as the second argument.

From the Previous section , we said the first argument to useEffect is a function called effect. effect takes no parameters and it MUST return either a function or undefined. If it returns a function, then the function returned is called cleanup. cleanup is executed before calling effect (to clean up effects from previous render). If you are curious about why and when cleanup is necessary, look at an explanation in the React documentation. Since effect returns either a function or undefined, it is not uncommon to see effects without cleanup.

React compares the current value of dependency and the value on previous render. If they are not the same, effect is invoked.
This argument is optional. If you omit it, effect will be executed after every render. If you want effect to be executed only on first render, you can pass an empty array.

Dependencies can be state or props. It should be noted that any value defined outside useEffect but inside the component, has to be passed as a dependency if you are to use it inside useEffect. This is illustrated below.

Passing a function as a dependency

You might be wondering if you define a function outside useEffect and invoke it inside effect, do you need to pass it as a dependency?
For exampe:

It is not recommended to define a function outside and invoke it inside effect. Above case leads to fetchData being invoked on every render because the dependency passed is a function and functions are objects. React will compare fetchData for previous and current render and the two will not be the same hence triggering a call to effect.

According to React documentation on useEffect hook,

It’s difficult to remember which props or state are used by functions outside of the effect. This is why usually you’ll want to declare functions needed by an effect inside of it. Then it’s easy to see what values from the component scope that effect depends on:

You can also move the function inside the effect so that it doesn’t need to be in its dependency list.

Thank you for reading this far. This is a brief introduction to useEffect. There are lots of things about useEffect hook i have not touched in this article. It takes some time getting used to it. If you want to deeply understand useEffect, look at the references below. If you find this article useful, share it on Twitter. Someone could find it useful too. If you find anything technically inaccurate please feel free to comment below.

Once suspended, nibble will not be able to comment or publish posts until their suspension is removed.

Once unsuspended, nibble will be able to comment and publish posts again.

Once unpublished, all posts by nibble will become hidden and only accessible to themselves.

If nibble is not suspended, they can still re-publish their posts from their dashboard.