I know that a lot of devs already know the difference between var, let, and const. However, it is also true that many devs in the beginning of their learning journey might not know about the differences.

There are three ways of declaring variables in JavaScript: 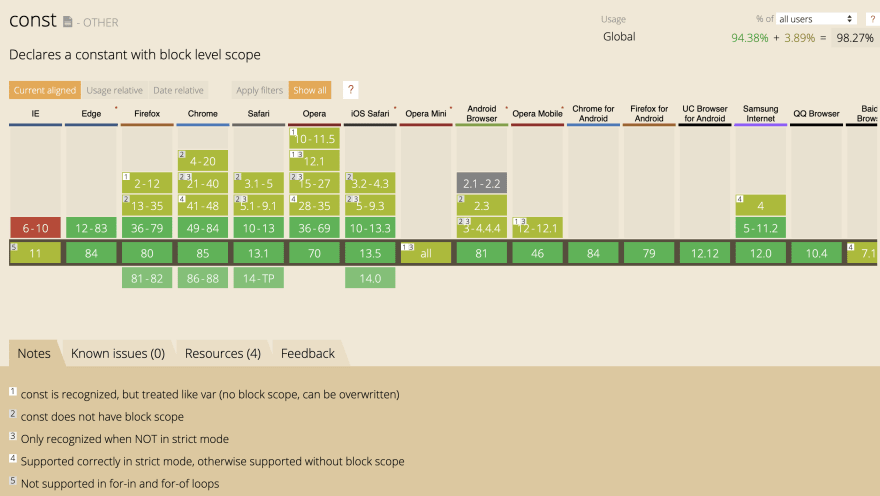 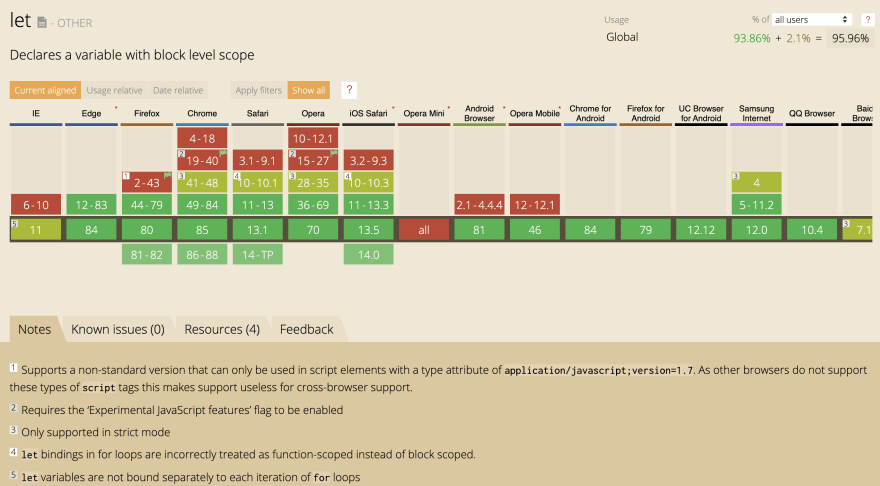 let keyword is still not supported in Opera Mini.

Let's get started with var

var was the primary way to declare variables until 2015. In ES6, the concept of let and const were introduced.

var is scoped to 'current execution context' i.e. it is scoped to the function enclosing the variable or the global scope.

This tells that variables declared using var keyword can be reassigned as well as redeclared to a different value.

let is almost similar to var

let is block scoped. NOT context scope. This means that a variable declared with let is only valid within { }.

This tells that let is scoped within a { } block. It can be reassigned but can't be redeclared in the same scope. The variable colour outside hello() and inside hello() are two different variables.

Let's see what happens if we try to access a let variable outside the { }.

This means that i is not defined beyond { }.

Unlike let and const, you can't initialise a const variable without a value.

Once suspended, niharrs will not be able to comment or publish posts until their suspension is removed.

Once unsuspended, niharrs will be able to comment and publish posts again.

Once unpublished, all posts by niharrs will become hidden and only accessible to themselves.

If niharrs is not suspended, they can still re-publish their posts from their dashboard.

Once unpublished, this post will become invisible to the public and only accessible to Niharika Singh ⛓.

Thanks for keeping DEV Community 👩‍💻👨‍💻 safe. Here is what you can do to flag niharrs:

Unflagging niharrs will restore default visibility to their posts.