Java is one of the most preferred technology and global standard for implementing every kind of app, including web based, client-server, cloud, mobile and enterprise system. Java software development services provide the most reliable technologies that offer a lot of features for building extensive desktop, mobile and web app for valuable clients.

C# AND JAVA, THE TWO MOST POPULAR PROGRAMMING LANGUAGES

Sun was the company that introduced Java. And understandably, when it comes to Java development services, it wanted to control the design and evolution. However, Microsoft also wanted a piece of the action, particularly wanted to change Java in certain ways that suited its requirements. This became a legal nightmare, and eventually Microsoft decided that rather than attempting to influence Java, it simply would design its own language, which is C#. It’s better than Java in certain ways, but also very similar in most ways that once a developer learned how to program in C#, it would be trivial to transfer knowledge to Java. 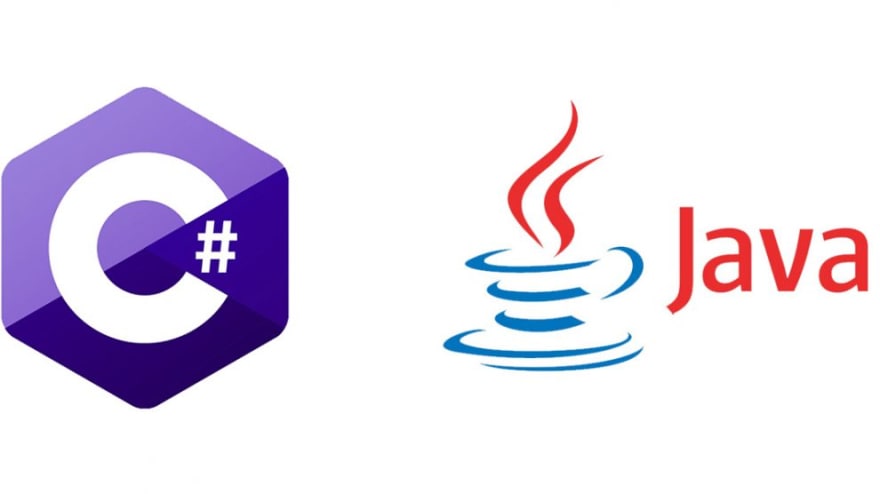 With so much in common, the language to use ultimately would largely depend on the platform chosen for a project. These days, C# is primarily used on the .NET framework, Portable.NET implementations of the CLI and Mono. If the software or web app is being built for Windows, C# would work best with the .NET suite of technologies. This said, if wanting to develop for Linux, Unix or other platforms outside Microsoft, the big open-source ecosystem of Java is the better choice. The community constantly is creating new tools and libraries.