Continuing from where we left off, the Paddle class was created to handle several aspects of a paddle. Currently, three methods were made to manage a specific matter regarding your paddles:

Any events not handled by the main window will be addressed in Paddle if the class so does desires.

Updates the state of our paddles including the position, and when we get to it, collision.

Draws a representation of a paddle namely with a rectangle.

The Paddle class also contains a state for the position and is made up these private method variables:

If you have followed this series from at least the post Using SDL2: Moving an image you will know we encountered a problem with how C++ does arithmetic operations with different types. E.g. adding a double to an int will have the int operand promoted to a double. The gist of the problem is that the frame rate is capped at 60 fps by passing in 1.0/60.0 to update() in the main update loop of Pong. This number is approximately equal to 0.0167 which you will notice is a floating point number. Trying to store a floating point number in a variable that is only intended to hold integer values will truncate the fractional part of the floating point number. To rectify this problem, we have an additional variable to first hold the result of the new position then store it in the correct SDL_Rect member variable. That way the fractional part is preserved in the double variable.

Additional attributes to the Paddle class is the m_direction and m_type. The first one is an enum class used to hold the current direction to paddle is heading. The second distinguishes itself from the other paddle. We will need this to keep track of what paddle we are handling events for.

The logic we use to move the paddles is the following:

For the update function:

And finally, the draw function:

SDL2 allows drawing primitives like rectangles. We use a filled rectangle in this situation, however, if your need is an outline of a rectangle, use SDL_RenderDrawRect(). 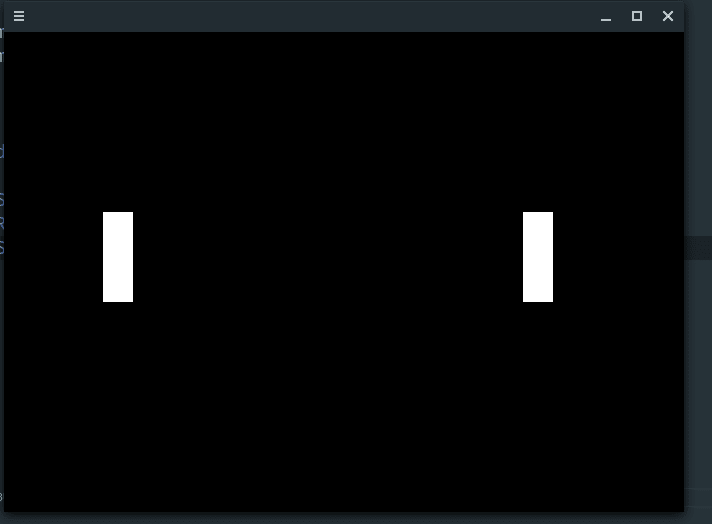 In the next post we will get the ball on screen and maybe get collision detection working.

conio.h: No such file or directory in linux distribution?

Once unpublished, this post will become invisible to the public and only accessible to Noah11012.

Thanks for keeping DEV Community safe. Here is what you can do to flag noah11012:

Unflagging noah11012 will restore default visibility to their posts.