Our game is almost done. We have our Ball on the screen and it moves. But, the motion of the ball is only one dimensional. It can only move left or right but not take a diagonal trajectory.

I want to show a few preliminary changes that were made to the Ball class before moving on to the main changes.

First, the m_velocity member variable was renamed to m_velocity_x to better reflect the fact it is the velocity for the x-axis. Plus, for the y-axis, we have m_velocity_y. And finally, m_y for the position of the y-position.

Now for the main event.

All we really need to do is set a value for m_velocity_y. One option is to have a hard-coded value of an arbitrary value. Another and better way to do it is to have a random value created for the velocity.

We create a new std:uniform_int_distribution and we set the range between 1 and 3. But now the diagonals will only have a downward trend to them. To fix this, we randomize a value between 0 and 1. If it is a 0, we invert the velocity allowing it to travel in an upward trend. We'll reuse dist_x() since it already has the range from 0 to 1.

Before we compile and run, we have to change the Ball::update() method to reflect our changes: 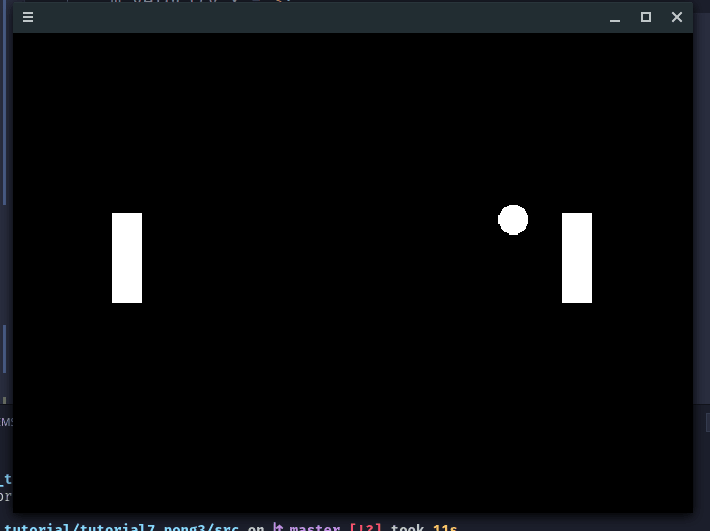 For the next post, we'll get around to implementing collision detection for our paddles and the ball.

Once unpublished, this post will become invisible to the public and only accessible to Noah11012.

Thanks for keeping DEV Community safe. Here is what you can do to flag noah11012:

Unflagging noah11012 will restore default visibility to their posts.