An easier approach to get immediate results (and satisfaction) from the front-end testing world.

When you are an experienced tester, approaching a test suite is an easy road. But learning how to test properly, what to test and what to avoid, which kind of tests choosing etc. is not so easy.

Testing is expensive at the beginning. Everything is new, the examples you try to implement do not work, you do not understand clearly why the tests fail, how it’s related to your code, etc.

We all know the Testing Pyramid and commonly, we approach it from the bottom 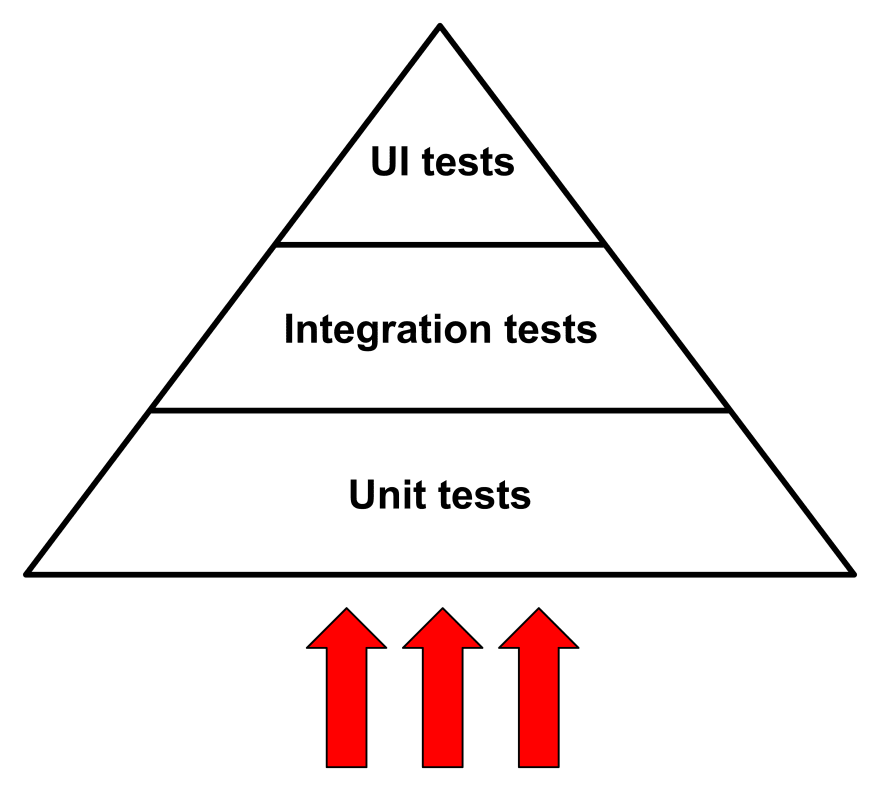 Approaching the pyramid from the bottom makes sense. Starting with the Unit Tests is easier because they're fast, they do not require complex contexts or tools, a "unit" (whatever you mean with "unit": a function, a component, etc.) contains just a few lines of code and usually it has a few dependencies (or not at all), etc.

What's the biggest downside of this approach? Essentially, its confidence.

If you're new to the testing field the term "confidence" could not be clear in your mind, so: how can you be sure that the application you're working on works if the tests pass? This is the testing confidence.

Why the Unit Tests give so little confidence? Some examples:

The answer is No. A whole application is made of a lot of units integrated each other, without counting some presentational (CSS) problems that could prevent the user from registering because of an image with a higherz-index that covers the submit button.

Speaking again about the missing experience of testing newbies (like I was, two years ago): everything new requires a big cognitive load and you cannot face too much new stuff at the same time. It's hard to face the usual development of your app, the new Testing topic, the Unit Tests world and the UI Tests one (the latter two require different tools and efforts).

Take a look at this exhaustive image from the JavaScript & Node.js testing best practices project:

This is true for experienced developers, and when you first approach the testing world things are worse.

You inevitably put the most of your attention to the base of the pyramid, the Unit Tests. The bunch of tests you are going to write allow you becoming familiar with the testing world, but without confidence. You could find yourself asking 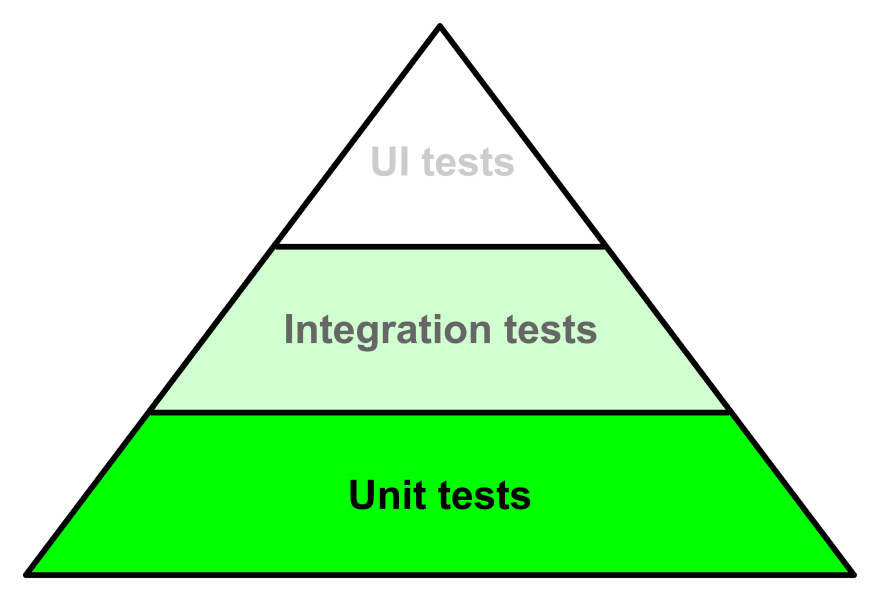 The bottom to top approach inevitably makes you concentrate on the Unit Tests.

The problem is not with you but with the wrong kind of tests for a beginner!

What's my suggested solution? Starting from the top and concentrating on UI tests firstly!

First of all, what's a UI Test (also called Functional Test, E2E Test, etc.)? It's essentially a script that opens a real browser and interacts with the DOM elements, the same way the real end-user does. Some videos could tell more than hundreds of words.


An E2E test running against Conduit - the RealWorld project.


Some UI tests of the Conio Backoffice.

In the above videos, you can see a real browser that loads the whole front-end application and interacts with it. The pros are:

There are cons too, but I'm going to list them later. That's the approach I suggest: 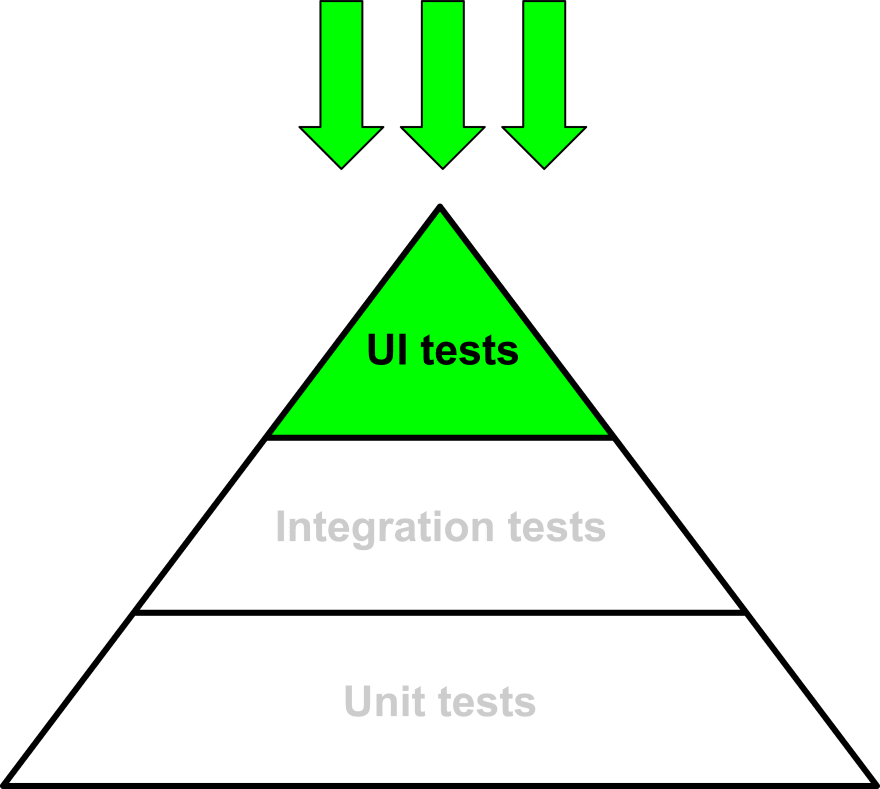 A top to bottom approach.

Does the top to bottom approach enforce testing bad practices?

This post is not about best or bad practices (take a look at the end of the post for a long list of resources), this post is about engaging new front-end developers profitably in the testing world. My goal is to provide a more practical approach, an approach that allows the developer to enjoy the testing advantages and do not leave him with more doubts than before.

If UI Testing is so magical, why other kinds of tests exist?

That's the point! And please, note that I'm not against Unit Testing! Every kind of test is important and different tests provide different feedback! A developer that approaches the pyramid from the top is enough happy to love the whole testing world.

Then, you are going to discover the limitations of the high-level UI Tests:

The solution to all the above problems is: going down with the Testing Pyramid! And if you reach the need for lower tests, well done! It's the goal of this post!

Consider the result of both approaches:

We (I and Jaga Santagostino) have embraced the top to bottom approach in the React Testing Course for the ReactJSDay 2019 conference.

Tell me more about UI Testing

Why does the Testing Pyramid put the UI Tests at the top? Well, because they're usually expensive (in terms of duration and writing costs). Why am I suggesting to start with them if they're so expensive?

I hope this article's helped you. Please, do not hesitate to leave your feedback or to share your own experience while you start with the amazing Testing world.

All About Shopify Analytics