Why tests are perfect to tell a story of your code

Documenting is generally hard, it requires precise and meticulous work and it requires that all the members of the team understand and value writing good documentation. Documenting is selfless work and for selfless, I mean that it is dedicated to other developers and the future we.

I have ever been convinced that testing methodologies are a great way not only to be sure that we code what the project needs, not only to grant we do not introduce regressions but to document the code and the user flows too (please, remember who is writing is a front-end developer). And recently my test-as-documentation idea received one more confirmation: I moved to a new company and I had very little time to tell a new developer what I did until now.

Handover the project to a new developer

First of all, take a look at: 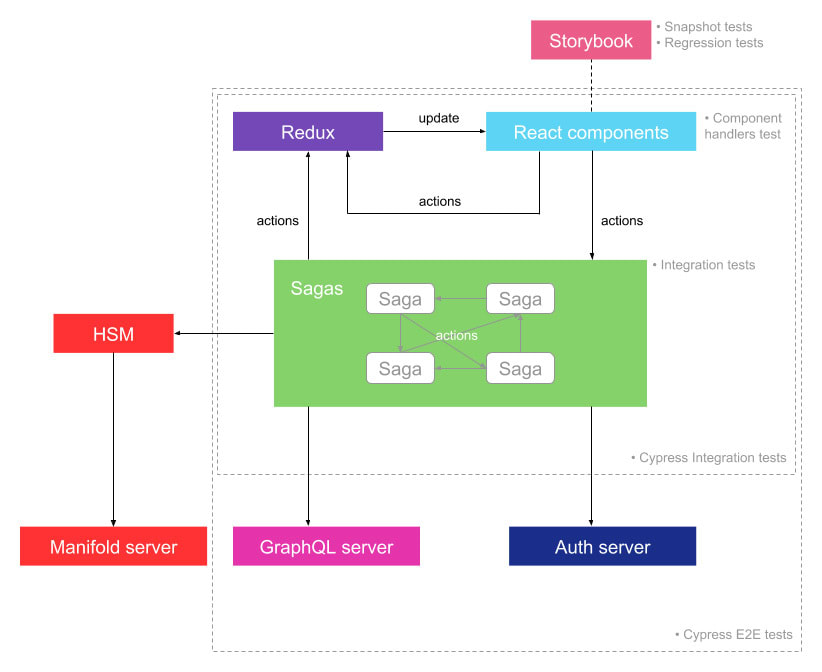 The architecture of the Conio Backoffice. 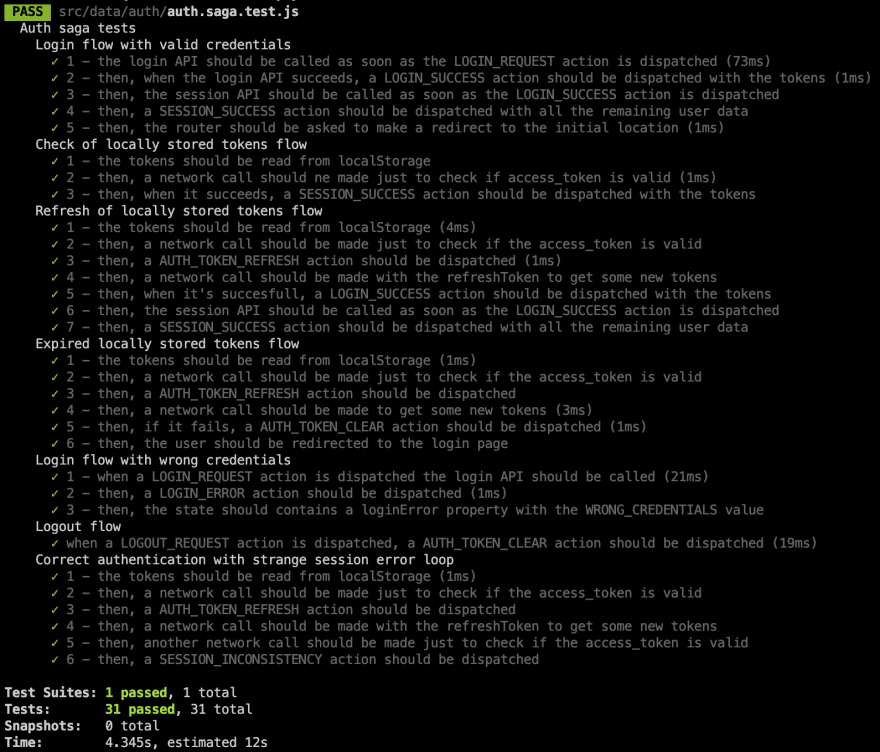 Some integration tests of the Conio Backoffice. Please note that, at the time, I broke a golden testing rule: no tests should share the state.

The steps of telling what –and how– the project does were:

The handover went so well that I decided to write this post 😊. The new developer (a quite smart one, I have to admit, hi Lorenzo 👋) showed me to know pretty well the user flows and to be able to change big parts of the project with confidence (and the related tests too). Nevertheless, he was able to implement new user flows and test them the same way I did with all the rest of the project.

The good and the bad parts

Well, even if I am pretty satisfied with this experience, I must admit that something was not perfect. I am not speaking about the process itself or the idea of using the tests as a documentation tool, but the way I wrote the tests. There were some details that misled the comprehension of the developer that should read my tests. Let’s examine a quick list of the pros and cons of the tests I wrote:

What was good with my tests:

What was bad with my tests:

In the end, writing tests allows you to:

not to cite the obvious testing advantages like working regression-free, leveraging some automated and fast tools, etc. 😊

I am eager to learn your experiences on the same topic! Feel free to leave a comment about them 🤗

Fix: ethers.getContract is not a function Hardhat Solidity

yarn: command not found on Windows 10

Finding bugs by fuzzing your code