This is a continuation write-up to the previous post - Kafka - Playing with Consumer API, where I covered some peculiar use-cases of Consumer API.
Here, I would like to play with Producer API to create a message using third-party tools like MessagePack for serialization and KafDrop for monitoring

MessagePack is one of the best available schemaless serialization libraries to interchange data between heterogeneous applications. It is a binary for simple data structures and designed for efficient transmission over the wire.

Following examples shows how to pack and unpack the common data types, to work with custom data types like datetime.datetime, check DateTime example

Why serialize the messages?

Serialization is the process of transforming an object into a format that it can be stored, at the destination the data can be deserialized to recreate the original object. Since Kafka uses the filesystem to store the messages, we need to serialize and deserialize the data. There are two protocols to serialize a message either by using Schema-based IDL(Interface Definition Language) or using Schemaless. While you can find numerous articles touching these protocols on the web, I have constituted a one-liner differentiating them.

In Schema-based IDL, the primitives of the message are pre-defined where publishers and consumers can validate the message before working on it. On the other hand, schemaless can have custom primitives for every message.
If you're having a standard and rigid database schema, you might want to use Apache Avro which is the best fit and popularly used in combination with Apache Kafka. In contrast, if you're working with schemaless or bigdata oriented systems where primitives are highly unpredictable, there is an overhead of maintaining the Avro schemas, and the need for schemaless IDL arises.
These are some of the standard protocols most commonly chosen.

I chose MessagePack among the list because it has an incredible performance, super simple to setup and start working with, and also much smaller and faster than JSON.

Kafdrop is an opensource web UI for viewing Kafka topics and browsing consumer groups. The tool displays information such as brokers, topics, partitions, consumers, and lets you view messages. 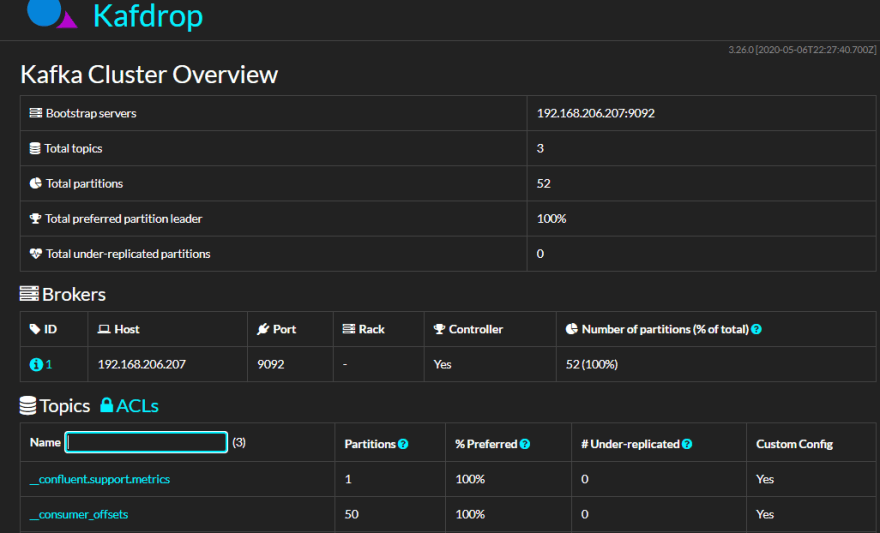 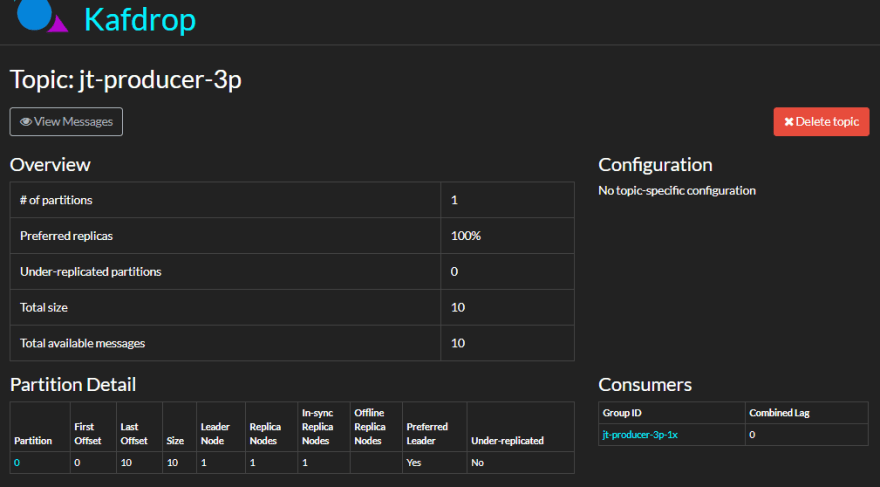 Produce a Message and see in Kafdrop 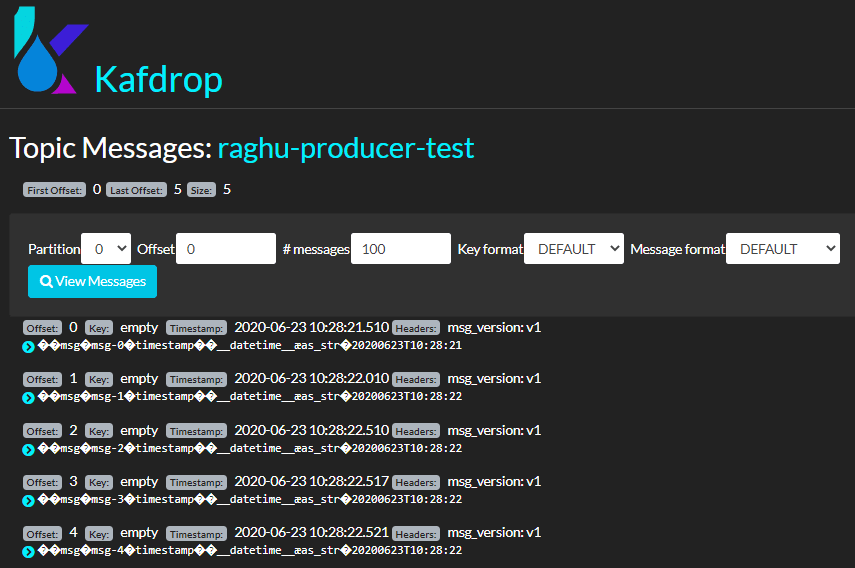 Before we close, I would like to mention some of the best practices

Once suspended, nraghu will not be able to comment or publish posts until their suspension is removed.

Once unsuspended, nraghu will be able to comment and publish posts again.

Once unpublished, all posts by nraghu will become hidden and only accessible to themselves.

If nraghu is not suspended, they can still re-publish their posts from their dashboard.

Once unpublished, this post will become invisible to the public and only accessible to RaghuNandan Neerukonda.

Thanks for keeping DEV Community 👩‍💻👨‍💻 safe. Here is what you can do to flag nraghu:

Unflagging nraghu will restore default visibility to their posts.