This is something that I had always asked myself. "How to add a new column to a table without having to go directly to the database or rollback the migrations?"

Laravel does not generate the migrations automatically through the models as Django or Entity Framework does, but we need to do it manually.

Imagine that you have an application in production and you need to add a new column to the user table. Instead of rollback your migrations (which would cause the data to be lost) you can create a new migration to update the existing table.

We have the initial migration of the user table and we want to add a column called picture:

We execute the following command:

This command would create a new migration file in which we would add our new column.

Then run the migrations using php artisan migrate and that's all. You'll have this new column in your users table without losing previously stored data. 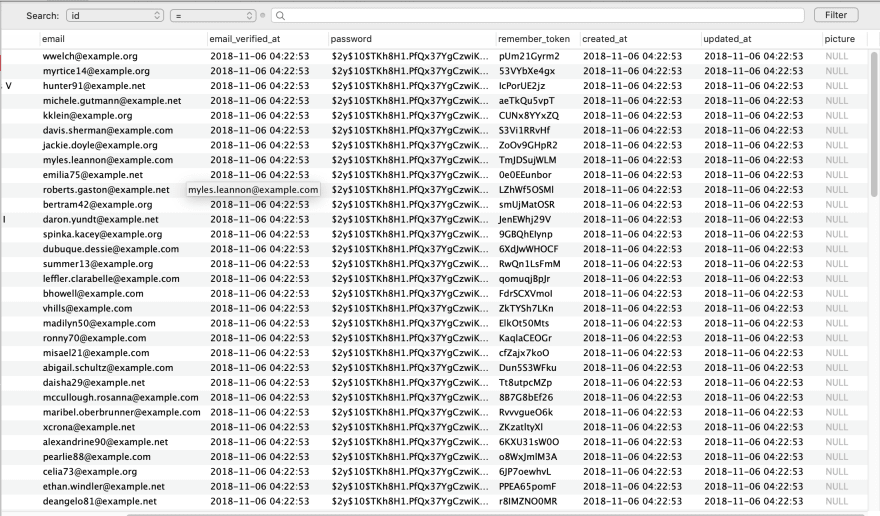 Once suspended, nromero125 will not be able to comment or publish posts until their suspension is removed.

Once unsuspended, nromero125 will be able to comment and publish posts again.

Once unpublished, all posts by nromero125 will become hidden and only accessible to themselves.

If nromero125 is not suspended, they can still re-publish their posts from their dashboard.

Once unpublished, this post will become invisible to the public and only accessible to Nelson Romero.

Thanks for keeping DEV Community 👩‍💻👨‍💻 safe. Here is what you can do to flag nromero125:

Unflagging nromero125 will restore default visibility to their posts.