COVID-19. There's not much more to say, you know what we're talking about.

We are all, to a greater or lesser extent, affected by the pandemic. But as software developers, we can do a lot for the future in the short, mid and long term.

If you want to be part of something big, which like everything big is born from the humility of an utopian idea, read on.

The world facing a challenge

While some countries are facing the most acute phase of contagion, others are beginning the phase of deconfinement. A gradual return to normal, or something similar, by phases, which is a real uncertainty.

Everyone assumes that there will be outbreaks of the epidemic. The challenge now is to control these outbreaks so that they do not surprise health systems and society in general again.

How is the world preparing for this new phase of COVID-19? And in the process, for future pandemics.

Many governments, national and local, are planning a similar strategy based on deploying a process of tracking and monitoring positive cases. In summary, the process is described as a humane process that consists of interviewing the newly infected person by telephone to find out where he or she has been and with whom he or she may have coincided, looking for those contacts, classifying them as being at low or high risk, calling those people so that, if necessary, they can be tested, and including all the information in a computer application.

It seems that New York is planning to train between 6,000 and 17,000 people, the United Kingdom is talking about 18,000 and Germany will deploy 105 mobile teams financed by its Ministry of Health to reinforce this tracing work.

Some drawbacks of the plan

Let us think for a moment about three important factors in controlling outbreaks and resurgences of a pandemic: 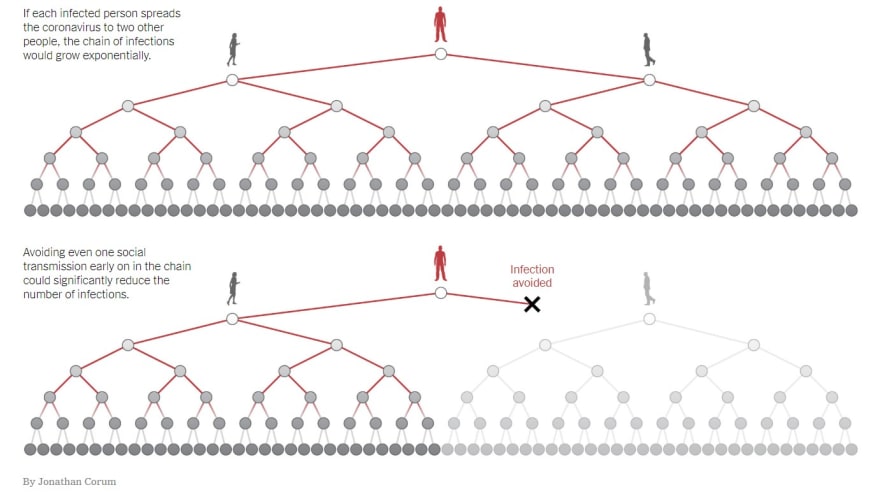 What if that "army of trackers" were not human, but technological? What if that Database were informed by the same citizens who have massively complied with the confinement, demonstrating an unquestionable sense of responsibility? What if we focused on the automatic and intelligent exploitation of that Database for the automatic detection, in seconds, of the entire chain of possible contagions from a positive case?

Based on this new approach, let us now review those factors:

This system is called QuaranTIME Integrated Solution (QIS) and was presented by Nubentos to the European Commission on March 20th and to the Instituto de Salud Carlos III a few days later. In 2 months it is possible to have a first operational version of the solution, with the necessary resources.

QIS - A collaborative project for a global reach

Our proposal has some differences from the rest of the initiatives of technological "tracking" of the population in a pandemic. But there is one that we consider absolutely key: collaboration.

If we bet everything on one App, we depend on that App to reach enough people. And each app will have its own limited database, so it will only serve the group of citizens who have it installed and in use. The moment a positive case would occur, the chain of potential infections that would be obtained would be incomplete in the vast majority of cases.

This is like wanting to control a whole forest by being a tree. We want to be the soil where that forest grows.

We want to offer the technological solution that allows the creation of a real "army" of technological trackers: Apps, many of them, the more the better. All working for QIS. All feeding the Big Data that allows to extract in seconds chains of possible infections from a positive, and with global reach.

A technological tool that wants to be effective in controlling a pandemic must have global reach. Otherwise we would be proposing an unequal fight, in favour of the virus.

That is why QIS relies on the QuaranTIME API, and why Nubentos proposes QIS as a necessarily collaborative solution.

The key role of App developers

From here we invite the community of software developers, app developers, to join the project to deploy as many apps as possible that use the Nubentos QuaranTIME API. We want to have Apps in the Americas, Europe, Asia, Africa, Oceania, connected to the Nubentos QuaranTIME API, providing data to data, the pieces of information that will allow to control the pandemic and help save many lives.

What does QIS track? Geolocation and especially proximity contact data. The former will allow us to know where the infected user has been, and the latter will tell us who he has been in contact with.

The Nubentos QuaranTIME API is available for pre-registration in our API Store. Whether you are a company or a freelancer, if you develop Apps and move or are interested in the Health and Wellness sector, do not hesitate and join us in a project as ambitious as it is transformative.

Together let's create the solution to the problem, for this and for future pandemics.

Please help us spread the word about this project. Share it on your network, it will surely reach more teams interested in joining the project.

We will stop this virus together.

Developers - which tools have you ever paid for or wouldn't mind paying for?

Upgrade Your Text Game: How to Build an SMS Chatbot that Will Blow Your Users' Minds using Twilio, Twilio Functions and...

The quest for REST

Once suspended, nubentos will not be able to comment or publish posts until their suspension is removed.

Once unsuspended, nubentos will be able to comment and publish posts again.

Once unpublished, all posts by nubentos will become hidden and only accessible to themselves.

If nubentos is not suspended, they can still re-publish their posts from their dashboard.

Once unpublished, this post will become invisible to the public and only accessible to nubentos.

Thanks for keeping DEV Community 👩‍💻👨‍💻 safe. Here is what you can do to flag nubentos:

Unflagging nubentos will restore default visibility to their posts.