tl;dr : No mater how much beautiful,sophisticated web systems you could make by using frameworks, try doing everything by yourself manually once and you'll gain a huge insight as a developer. We learnt this throughout our group project and this is how.

So exactly almost a year ago for our 2nd year curriculum , me and 3 others were allocated to a group (almost randomly 😙) and our module content was to create a web application for a real-world client. Sounds simple right? Well, the catch was, 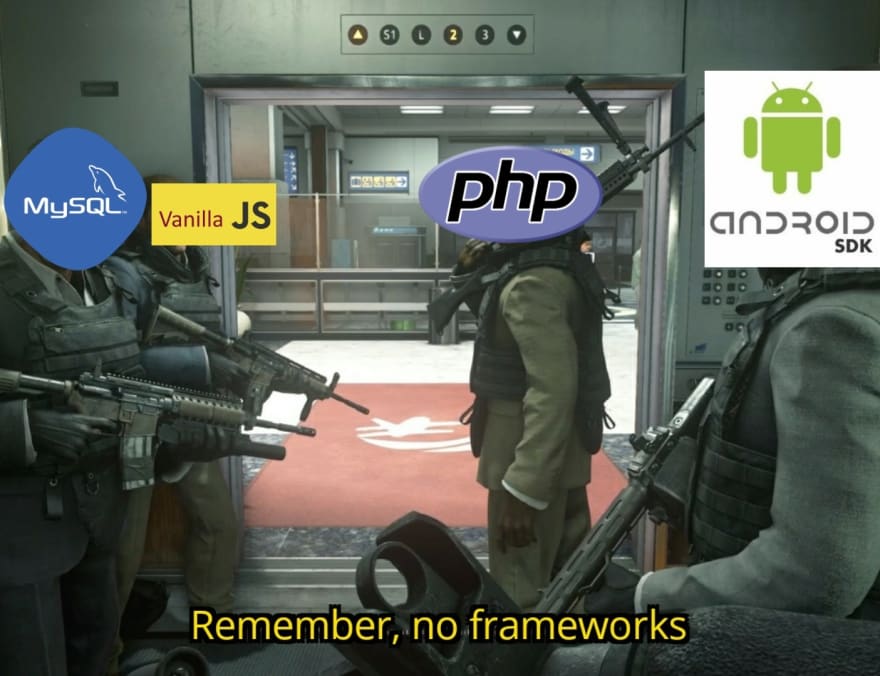 In a modern society where even a 12-year-old simply uses npx create-react-app my-app to kick-start things, me and my teammates were baffled by why our lecturers wanted us to basically "reinvent the wheel" with technology that is almost obsolete now.

But being almost new to a project of this scale, we soon learned otherwise, and to this date consider this as the best learning experience we had as beginner developers.

The business idea was simple, A system for a car service station with 2 components where,

Since our rubric contained that marks will be awarded for the architectural pattern of the project, we chose MVC (at first over a Discord call within 5 minutes because it sounded awesome and we've heard of it in many Indian coding tutorials, but later had to know because of the questions we got in the interim presentation) 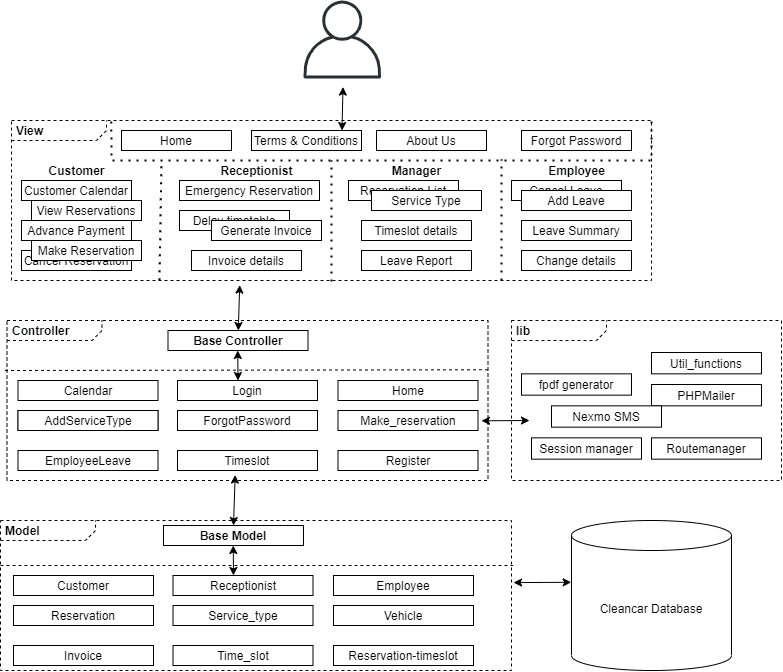 Well, we planned it out this way for the UI flows, there were a difference or two at the end 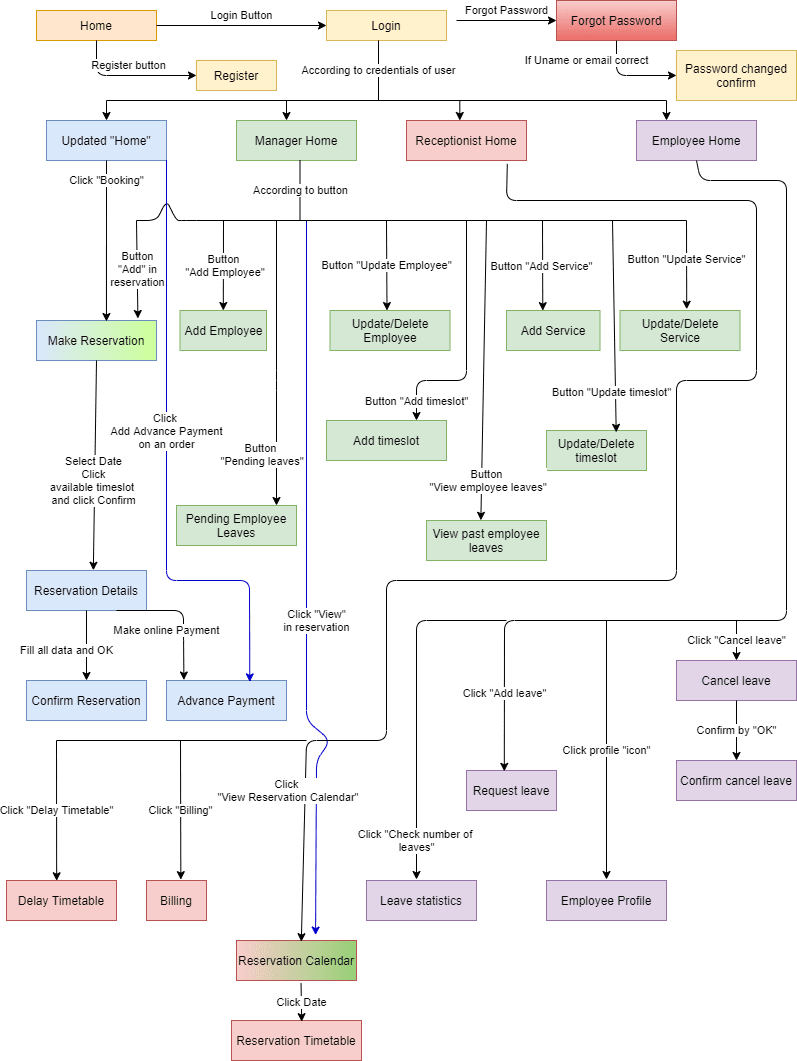 Where the disaster started (or fun began):

A main reason most of us use bootstrap or tailwind for a site is because they have responsive components. ever wondered how you hard-code responsiveness in CSS? It looks like this:

With tons of modified classes and without preprocessors we managed to get by a responsive layout. The credit should go to flexbox. 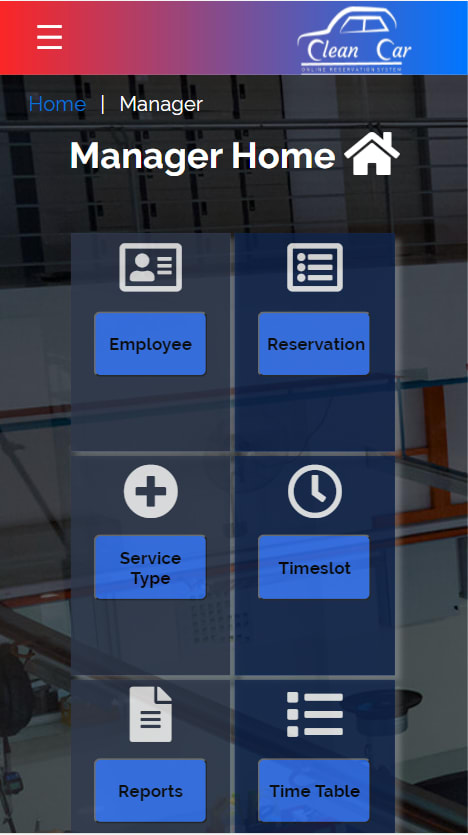 And who said good data visualization can't be done without librarires 😆

During our interim presentation when the panel asked us "Why do you use MVC?" and asked us to view the content of the default controller and model we did not know the answers and afterwards we soon realized it has something to do with how the framework had been set-up in environments such as CodeIgniter and Laravel 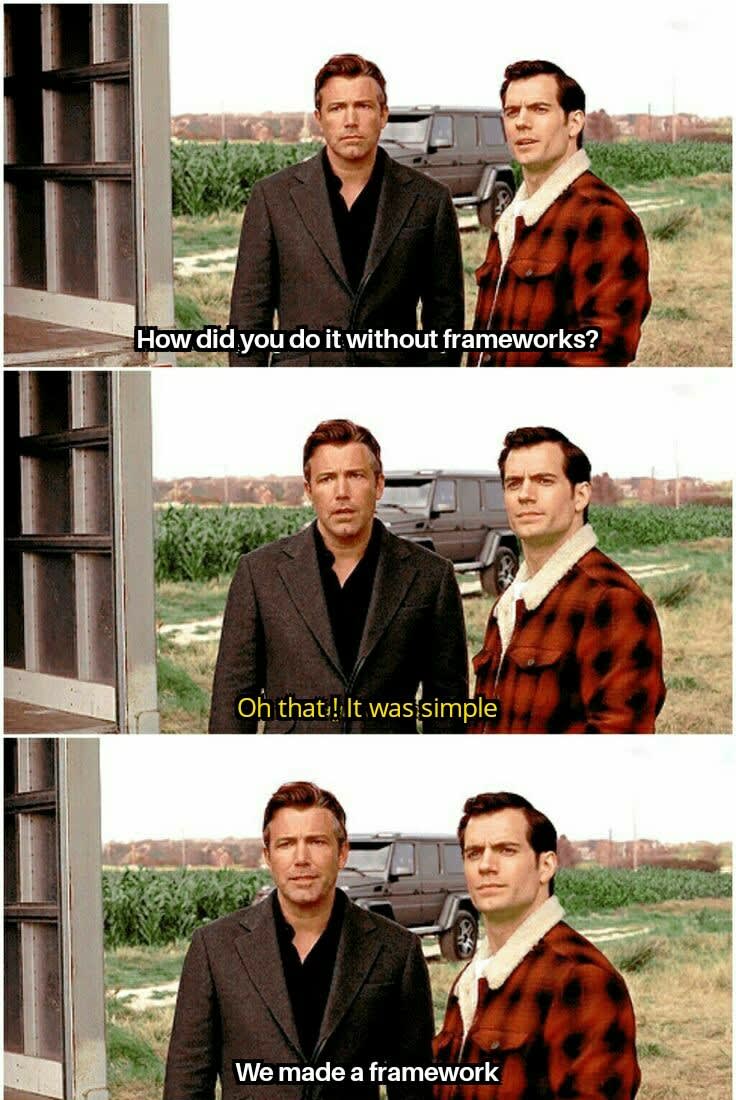 So our framework basically has,

The autoloader was made in the root folder included into the index.php to load the Classes by name.

The default controller was there to load the view and if there were additional parameters (passing of back-end, session variables etc.) it was overloaded in that respective controller. Since there are 4 user roles in the system and some had elevated privileges, with the help of session variables only the privileged role was allowed access to that page and otherwise redirected to a 403-Forbidden page.
The create_view function in the default controller:

The function was called in the routes.php file as,

For the default model after including the database connection and methods for object instantiation (A constructor which calls the class in app/lib/Database.php to establish the connection), we implemented separate functions for each query type based on parameters provided.
Yes it's a simple string builder but it did the job for all Model functions 😁
Following is the SELECT function and we considered the rest of queries too in the app/models/Model.php to call the functions.

The routing was done by the paths given in the routes.php file which are a compilation of calls to the functions in the Route.php.
The .htaccess file was rigged with regex to prevent SQL injections so a separate path was allocated for each page that was loaded.
This was a pivotal point as I was able to get a great understanding on general Regex programming.

As told earlier all of us had only moderate-to-beginner experience in coding for big projects. JavaScript was also the same 😒. So as we superfluously included in our SRS that we will be having a component similar to the seat-booking system in Scope Cinemas (Guys, please brainstorm and only include what you CAN ACTUALLY DO in your projects.) as the time drew closer to the final demonstration shi* just got real 😵 .
Personally for me connecting PHP and JavaScript was like eating Butter Cake with Parippu.

But after almost 3 weeks of learning on-the-fly table creation, passing back-end PHP variables to JS variables, animation customization and event listeners the end product was like this:

For vanilla CSS it's fancy right? Well, this is the just the back-end controller (without the rest of JS and model functions) of the calendar

Our project was on a car-service station which had platforms with different functionalities for different vehicles, so some had the ability to do Full-Service some didn't 😕 . Also these service types had different durations. Yes, practically an NP scheduler problem.

Now, After hours of scratching heads and slamming keyboards handling these on SQL got us queries like this:

Other stuff we managed to did:

Halfway through we realized that this is more of a learning project . So why not try to do everything on our own to see how they work out?

But was all of this worth it? For me as a beginner developer YES ALL THE WAY!
Because : 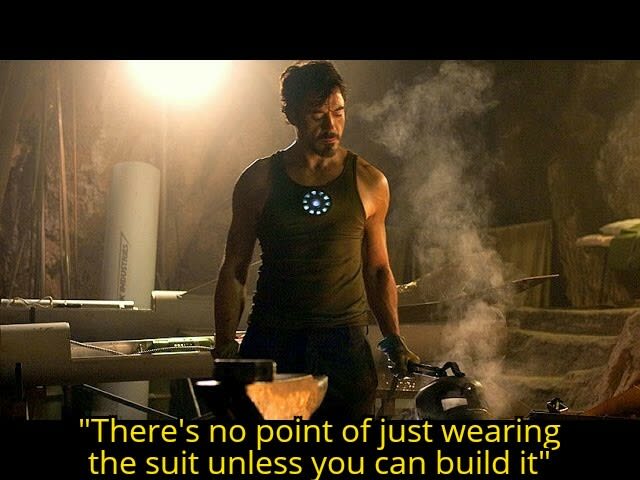 Again a huge thanks to our lecturers, our supervisor and co-supervisor who guided us through and every one who helped! Please feel free to point out any issues in the repo and feedback.

The overall best experience gained: Working together as a team in the middle of a pandemic, in front of a computer screen 💻 going through an SDLC for the first time

And if you are an undergrad who is boarding the same boat and feeling miserable if you are limited by the technologies provided in the rubric well, you could build almost ANYTHING! and..
if you CAN build anything, you shouldn't worry about anything right? 😏 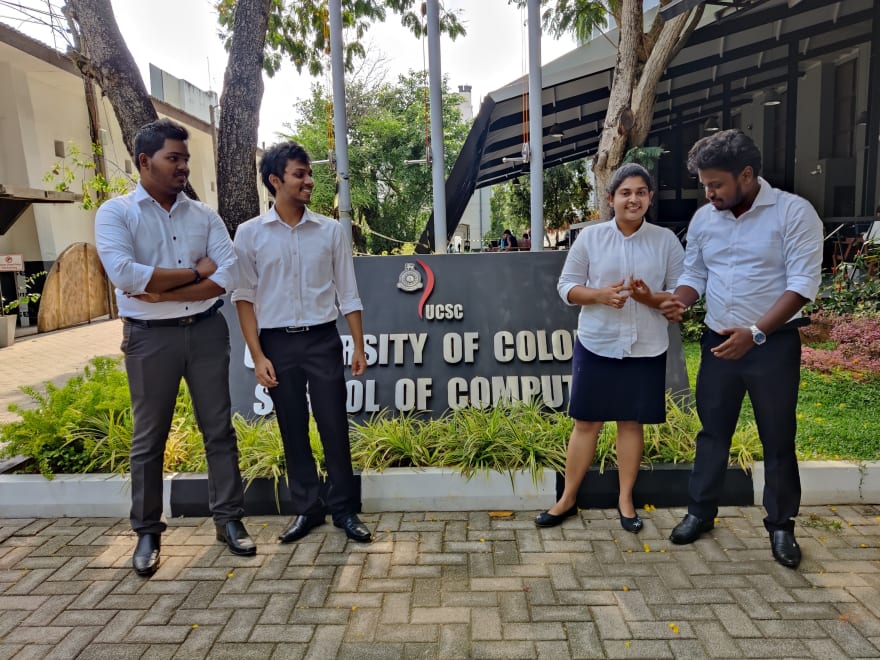 ov1n
We live in a society....
You're Not Very Consistent, Are You?
#consistency #todayilearned #beginners #habits
What’s the most annoying part of your job?
#discuss #career
Pitch me on Go
#go #discuss #pitchme